We’ve reached the final week of our CycloneFanatic.com Expert’s Pick’em. Congrats to Ken Miller of 1460 KXNO for wrapping up the regular season championship. WHO/KXNO Radio personality made a strong statement last week by going 8-0, but mathematically, Miller has won the championship. The real battle to watch this week is between Bret Meyer and me. Who will end up in the cellar? Don’t count ABC 5’s Eric Murphy out of that battle. With a slip up, Murph could be in the tank with Bret and me.

Nebraska vs. Texas – I’ll be shocked if the Hiskers score more than 10 points. Texas wins.

Georgia Tech vs. Clemson – Toss up, maybe this is the year that Clemson doesn’t choke in a big spot.

Texas 31, Nebraska 14 – Too much outside explosiveness for the Longhorns.

Florida vs. Alabama – Florida is just the better team in this matchup and get their opportunity to win 3 national titles in 4 years.

Cincinnati @ Pitt – The Bearcats finish undefeated with an impressive win on the road.

Ohio vs. Central Michigan- Dan LeFevour is the Tim Tebow of the MAC (minus the Tebowisms) Chipps ride his arm and legs to the title.

Georgia Tech vs. Clemson – Both coming off of tough losses to rivals. Tech rebounds better and takes the ACC crown.

Nebraska vs. Texas – There is no way that Nebraska has to offense to keep up with McCoy and Co. I like Texas by two touchdowns.

Florida vs. Alabama – How good of a guy is Tim Tebow? Ha. Tired of hearing that? Who cares? If you’re not a Gator, you’re Gator bait. I’ll take Florida by a field goal.

Georgia Tech vs. Clemson – I love Paul Johnson. One of my top five favorite coaches nationally. Give me the Jackets by 10.

Cincinnati @ Pitt – The Panthers are notorious for pulling upsets like this one. Still, this Bearcat team is destined for positive things. I’ll side with Brian Kelly.

Nebraska vs. Texas – Nebraska’s defense makes it closer than the experts think. Colt McCoy wraps up the Heisman and BCS Championship berth with a 4th quarter touchdown run to seal it for the Longhorns.

Florida vs. Alabama – Florida wins another close game. Hard to pick against Tebow and the Gators.

Georgia Tech vs. Clemson – The crazy Clemson fan has yet another meltdown. Georgia Tech wins in Tampa. 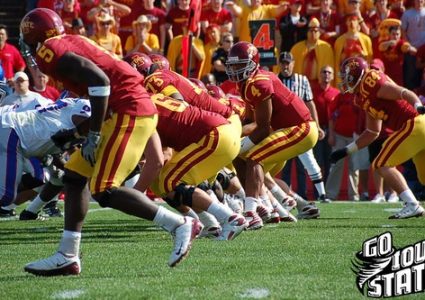