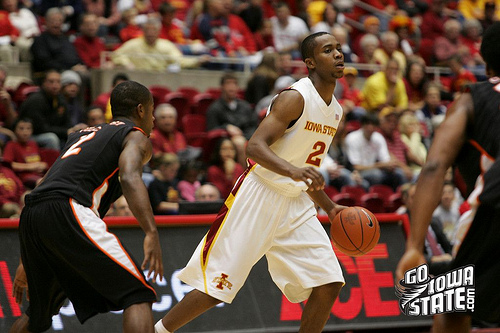 The Iowa State Cyclones have one more test before their trip to Chicago this weekend. Tonight, Tennessee State will enter Hilton Coliseum.

Iowa State has gone head-to-head with the Tennessee State Tigers three times in the history of these two programs. The Cyclones have won all three games, every one of them being in Ames. The last time these two squads met up was on Dec. 28, 2004, when Iowa State won 59-51.

This year’s Tennessee State team is off to a sluggish start. The Tigers are currently 0-3, most recently losing to Northwestern on Sunday by a score of 69-62. That game was also an extended version of the Chicago Invitational, like tonight’s contest. Their other two losses have come to Northern Illinois and Siena.

Tennessee State junior Darius Cox is the man to keep an eye on tonight. Cox is a preseason Ohio Valley all-conference team member after going for 10.7 points per game and seven rebounds last season. However, a newcomer has led the way as far as scoring goes for the Tigers this season. That’s JUCO transfer Josh Sain, who has put up 13 points per game.

The Tigers do have others who are proven contributors. Put freshman Robert Covington on that list. He scored 21 points against Siena in their first game of the season. Covington is averaging 11.7 points per game.

The Cyclones have simply been dominating so far in 2009. In four games, the biggest deficit this Iowa State team has seen so far is four points. That was to Mississippi Valley State early in the first half (14-10) on Sunday.

Iowa State has beaten all four of their first four opponents by 20 points or more and there is really no room to think that it won’t be more of the same this evening.

Recent history shows us that Tennessee State will keep it close. When these two teams met in 2004 and 2005, Tennessee State lost by small margins of six and eight points.

This is a different Iowa State roster though. Five Cyclones are currently averaging double-figures in scoring and Iowa State is averaging just over 86 points per game as a team this season.

You don’t really expect me to make a case for Tennessee State here do you?

The Cyclones will win this one just like they have the previous four contests this season. That’s big.