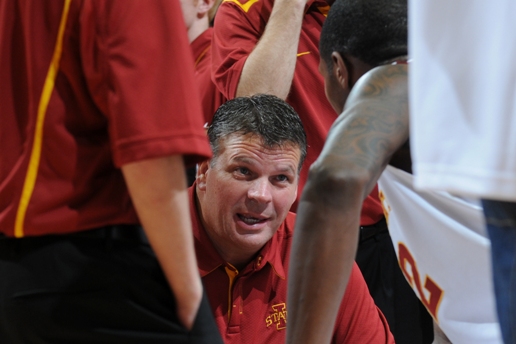 Iowa State signed their first member of the basketball recruiting class of 2010 earlier this morning when Melvin Ejim of the Brewster Academy became a member of the Cyclone family.

Ejim, a 6-foot-5, 205 pound forward told CycloneFanatic.com on Tuesday night that he’s ecstatic to finally be a Cyclone.

“It’s exciting for me to finally finalize it,” Ejim said. “It’s now official. It’s one step closer for me getting there and finally being able to play.”

The excitement goes both ways. The Iowa State basketball program is pumped up as well.

“Melvin is an athletic wing with the versatility to play multiple positions,” Iowa State head coach Greg McDermott said in a release. “He brings a physical mentality and takes great pride in being a defensive stopper. On the offensive end of the floor, he has made tremendous progress in the last year in the development of his perimeter skills. That is a credit to Melvin’s work ethic, and that workman-like mentality will allow him to make an immediate impact in our program.”

The Cyclones men’s basketball program begins their 2009/2010 campaign on Friday night when Idaho State comes to town. Iowa State blew out opponents in two exhibition games last week. Ejim said that he was keeping track of how his future team performed.

“They’ve been doing very well. I’ve been keeping up with the two exhibition games,” Ejim said. “They’ve been blowing people out. The team looks like it is coming along. I makes me more excited to go over there and play with those guys.”

Ejim and his Brewster Academy teammates will actually be in action tonight when they travel to take on the Maine Central Institute.