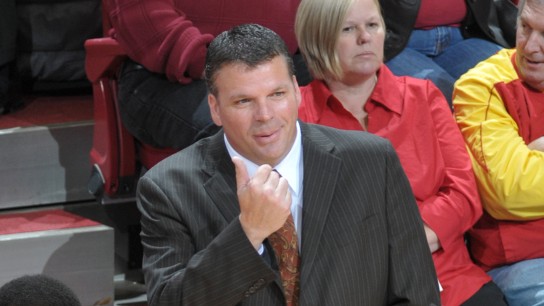 Iowa State defeated Chicago State 72-50 in men’s basketball action Sunday night. With the win, Iowa State is 2-0 heading into their showdown at Drake on Tuesday night.

The reality of it is, if Marquis and Craig combine to go 4-of-23, things are going to look a little sluggish for us. Those guys have proven over time in practice that they are very capable scorers. We’re going to try to get them the basketball and everybody has a night like this once in a while. Unfortunately for us they both had it on the same night. I liked the fact that they did some other things to impact the game. Marquis with his rebounding and his ability to stick some offensive rebounds back in. Craig rotated and blocked six shots. He did some things on the defensive end to impact the game. He got eight rebounds as well. We were able to muster up just enough offense on a night when we weren’t making shots and finishing in the paint like we normally do. We shot the three okay and got to the free throw line plenty of times. We struggled making them there as well. We didn’t have a real spirited practice yesterday and we played like that today. We’re still a work in progress and we are going to be for a while. Losing the energy that LaRon brings to us certainly impacted us. It changed our rotation and something that we’ve been used to over the last two or three weeks, as we settled on what our rotation was going to be, we still have to get a feel for who is going to play in what situation. Marquis played the power forward some tonight, which obviously, he hasn’t done to this point in the season till today. That’s going to take a while as well. We were a little lost out there and we can attribute some of it to that.

Can Marquis come out and defend a two?

GM: Yeah, he just has to use his length. He is getting beat to the wrong spot sometimes. He has to understand where his help is. It’s not from a lack of effort. There is just some technique things that have to get better and that are new to him. It’s going to take a little bit of time.

You’ve got a short turnaround before Drake. How does that play into things?

GM: This is all new to these guys. Absolutely. Coming off of a late night, you turn around and turn all of your attention to your next opponent while at the same time, trying to clean up some things from the Idaho State game. Our energy was okay. Our execution wasn’t where it needed to be. That’s what we’re really going to have to work on tomorrow.

You’re playing a lot of games bunched together and you were doing a lot of subbing…were you trying to keep people fresh?

GM: We’re trying to keep legs fresh. We’re playing three in five days. I wasn’t going to get into a situation if I didn’t have to where Brackins or Gilstrap or Garrett were going to play 36 or 37 minutes. I tried to give them even more rest. It got to 20 and I just felt when they took the timeout with five minutes left that they felt like they had one more push in them. That’s why I went back with the starters. 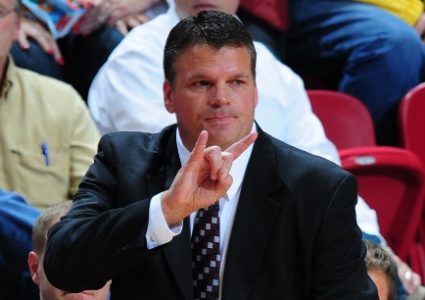