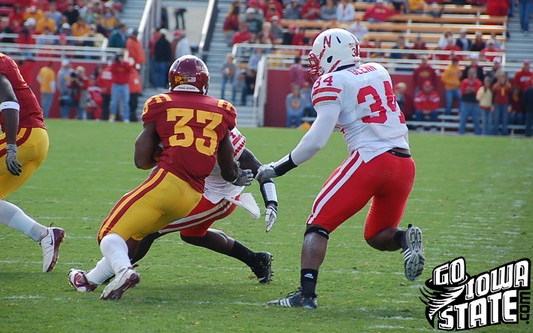 Ranking the teams in the Big 12 Conference in 2009 is NOT an easy task. Here’s our stab at it this week. Feel free to post yours as well. Numbers seven through 12 are an absolute toss-up.

1 – Texas – The Longhorns beat up on Central Florida yesterday. No hiccup there. Absolutely no question at all that Texas belongs at the top of our poll.

2 – Oklahoma State – Many writers, including myself, thought that this team would have a rough time with the Cyclones yesterday. I give all of the credit in the world to Mike Gundy for the coaching job he did this week. They were coming off of a blowout loss…the Dez Bryant situation…going on the road. Great win. In my opinion, the Cowboys are the second best team in the Big 12.

3 – Texas Tech – The Raiders had an off day yesterday and with a 3-2 league mark, they’re a comfortable number three on this week’s power poll. They get the vote over Kansas State due to the thumping put on the Wildcats earlier this year.

4 – Kansas State – I owe Bill Snyder an apology. I referred to Mr. Snyder as “Captain Geritol” not too many months ago. I was sure that it was a “terrible” hire. I was wrong. After defeating Sunflower State rival Kansas on Saturday, the Wildcats control their own destiny in the Big 12 North. A week 12 match-up in Lincoln should decide the division.

5 – Nebraska – The Huskers shocked the nation on Saturday night when they beat Oklahoma 10-3. Nebraska’s offense is still horrible (ranked 84th nationally), but the D continues to be one of the best in America. Don’t be surprised if the Huskers represent the North in the upcoming Big 12 Championship Game.

6 – Oklahoma – The Sooners at number six? Unbelievable isn’t it? What’s even crazier is to think that heading into week 11 of the season, Oklahoma still isn’t even bowl eligible with a 5-4 record.

8 – Colorado – This team is good at home and bad on the road. The Buffs upset Texas A&M yesterday but they’re still 3-6 overall. It’s hard to have them any higher than eighth in our poll.

9 – Kansas – The Jayhawks are at number nine on my list by default. They beat the Cyclones head-to-head. So here they are.

10 – Iowa State – The Cyclones have been slowly dropping in this poll. I’m still not counting them out though. I’m expecting a bowl game in 2009 for all Fanatics. Having said that, with the play of Iowa State’s offense over the last three weeks, 10th almost seems generous at this point. Keep the faith though.

11 – Baylor – Props to the Bears for improbably win in Columbia yesterday. It got them out of the cellar in my poll.

12 – Missouri – This one is tough. I don’t think that Mizzou is the actual worst team in the league but in the end, they’re current resume speaks otherwise. Giving up 427 passing yards to a guy named Nick Florence is embarrassing.