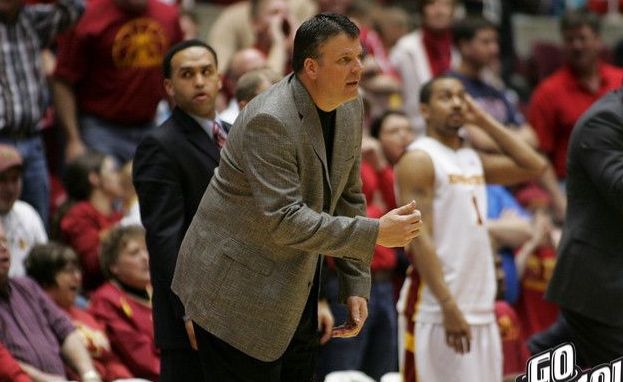 By Brent Blum – A Special to CycloneFanatic.com

The first time I saw Harrison Barnes on the basketball floor, he was in 4th grade. It was the winter of 2002. He was just an above average player in a league that I happened to officiate for on Sunday afternoons. The only thing extraordinary about his Ames 4th grade team was the parent of one his teammates. This parent sat quietly in the corner of the gym in his Adidas sweatsuit while everyone gawked in his direction. Each game Harrison and his Little Cyclones played in had a little extra juice behind it. Everyone wanted to know, “Is Larry Eustachy going to be here?”

Nobody could have predicted that the biggest name in the building on those winter days would ultimately be the 4th grade kid with the nice looking jumpshot.

Harrison Barnes couldn’t have asked for any of this. The coverage of his recruitment has reached unheard of proportions. Even those that are counting down to the day Miley Cyrus is of legal age think the attention is over the top. And yet at the same time, the attention feels awkwardly appropriate. Iowa State basketball hasn’t had this buzz around it since….well Larry Eustachy was in town.

He’s been labeled by some as a “Program Changer.” There are pictures on this very web-site of him as some sort of Zeus-like figure. Paid reporters are tweeting about the sweatshirt he is wearing on a given day. One member of the media even went so far as to interpret a Barnes eye movement in reaction to a question asked as a tell-tale sign of the direction he is headed. Jason Bourne would have been impressed. And this behavior is from some of the tame segments of the population.

This situation has been a bizarre convergence of speculation, hope, and angst mixed in with high-profile basketball coaches. It’s as if Spike Lee’s movie “He Got Game” has come to life in Ames, minus, of course, the urban setting, all of the seedy storylines and Rosario Dawson.

Just in the past few months, it has been reported Harrison has met with Michael Jordan, Vince Carter, Dean Smith and Kevin Love in the midst of the recruiting process. He and his mom ate breakfast with John Wooden. Heck, if the Dalai Llama set up a Skype with Harrison to convince him to find world peace with Coach K at Duke, it may be believable at this point. The Barnes saga highlights the constant battle Iowa State fans have been waging for years. Can the Cyclones really compete with the traditional powers? For so many years, Iowa State has been able to flirt with the knock-out at the bar but never able to take her home. (We about had her back home in 2000. The girl was in the back of cab with us having a good time when Mateen Cleeves and Morris Petersen swiped her away in a Range Rover. That was not a good night. Same goes for 2001, when out of nowhere that creepy dude with the eye-patch abducted her.) It’s a crossroads of sorts for Cyclone Nation. Regardless of Barnes’ decision, the impact of today will be felt for decades to come. If he does pick the Cyclones, the positive momentum generated would be instant. The potential ramifications are limitless. And if he doesn’t select Iowa State, no matter how successful Greg McDermott’s program becomes, the question will always remain, “What If ?” The old-timers still talk about former Michigan star Glenn Rice being this close to committing to Johnny Orr, donning the Cardinal and Gold and leading the Cyclones to a National Championship like he did with the Wolverines. And Rice had nowhere near the connections to Iowa State that Barnes has. I have no doubt Greg McDermott is on the cusp of some great years with Iowa State. This upcoming season has the potential to put Cyclone basketball back in the national conversation. But unfair as it is, McDermott and Barnes will forever be linked, one way or another. It’s both a blessing and a curse to have the best high school basketball player in the nation right in your backyard. That’s why Iowa State has more riding on this than any of the other schools in the Barnes sweepstakes. Today is perhaps one of the biggest chapters in Cyclone basketball history. It’s a “Where Were You When…” type of day. I picture Cyclone fans huddled together around TV’s on Welch Avenue similar to the way Will Smith and the gang congregated after the aliens arrived in “Independence Day.” Without, hopefully, the future chaos and destruction. Whatever the decision, it’s the end of a fascinating and peculiar process. And in the same light, it is the beginning of another story that won’t be going away. All because of that 4th grade kid with a nice jumpshot. 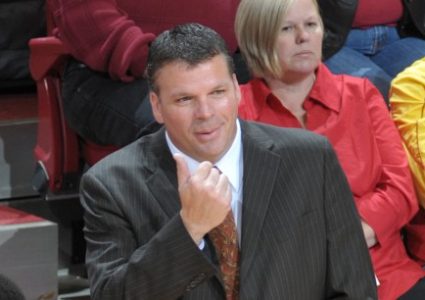 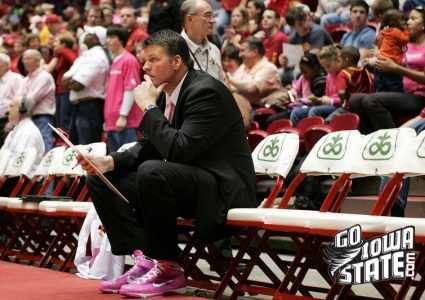 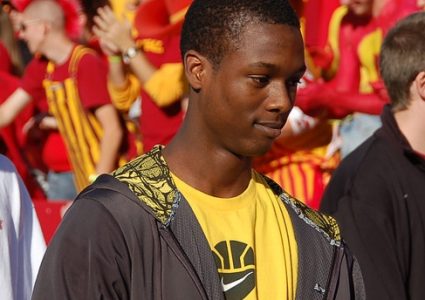