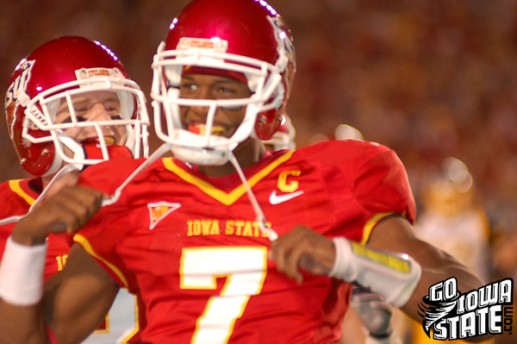 How cool was it for you to see Iowa State become bowl eligible for the first time since 2005 this past Saturday?

BM: The seniors on this team deserve absolutely nothing but the best. Seeing guys like Reggie Stephens, Jessie Simth, and Marquis Hamilton play in a bowl is what college football is about. For Coach Rhoads to have them in position for a bowl speaks to his ability as a head coach. This past Saturday was a special one for the seniors and I’m glad I was able to be a part of it.

What is your opinion on fans storming the field? Do they do it too often in Ames?

CW: They did it a lot during my time at Iowa State. If its a big game vs. a ranked team, then by all means rush the field. But winning games vs. unranked opponents probably doesn’t warrant a mosh pit on the 50.

Iowa State’s defense seems to jump on every opportunity they get to take the football away from the opposition. What/who do you credit that to?

BM: Coaching. My sophomore year, our defense was 2nd in the nation in turnovers forced, and not a day went by where we didn’t hear about it. Turnovers happen when players are in the right spots on the field. Credit our defensive players for doing what their coached to do.

Missouri really stuck it to Kansas State on Saturday. Are the Tigers coming around or is this just another case of the Big 12 North being crazy?

BM: Anyone can be beat in college football on any give Saturday. Missouri is no different than any other team in the North. If we win the turnover margin, and get A-Rob going we should have no problem beating the Tigers at home.

When I watch this year’s Iowa State team, they don’t scare me when they go on the road. I always feel like they have a shot to win. Do you feel the same way? Why?

BM: Absolutely. Anyone who can win at Nebraska can play anywhere. This is attributed to Coach Rhoads and his staff. Winning on the road is about being mentally tough and able to communicate the calls. 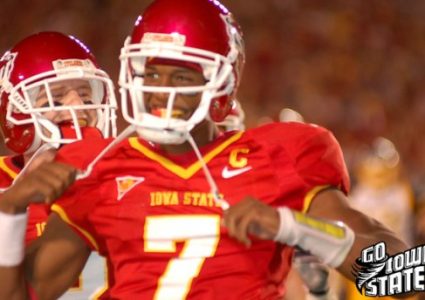