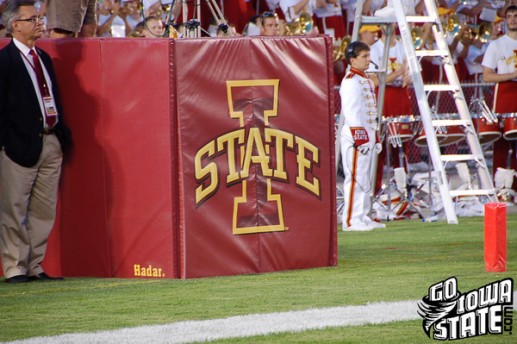 Below is this week’s CycloneFanatic.com Power Poll. Feel free to break it down, pick it apart or post your own!

1 – Texas – The Longhorns had the most convincing win in the league yesterday, when they beat up on lowly Baylor 47-14. Colt McCoy picked up his 42nd win as a Texas starting quarterback. Pretty decent number right there my friends.

2 – Oklahoma State – The Cowboys trailed Texas Tech by three at the half but stormed back to beat the Raiders 24-17. Right now, Oklahoma State is clearly the second best team in the league.

3 – Texas Tech – See above. The Raiders nearly pulled off the upset last night. This is a pretty solid 6-4 football team, despite a few slips along the way.

4 – Nebraska – The Huskers control their own destiny in regards to a Big 12 Championship Game appearance, after their 31-17 romp of KU yesterday. Nebraska’s offense actually looked like a real offense against the Jayhawks. Roy Helu Jr. gained 156 rushing yards and three touchdowns in the contest.

5 – Oklahoma – All memories of OU’s offensive struggles in Lincoln a week ago disappeared on Saturday in their 65-10 rout of Texas A&M. This was actually a game for a while. The Sooners only had a 14-10 lead at the end of the first quarter. That’s when Oklahoma hung 51 straight on the Aggies.

6 – Missouri – The Tigers were impressive in their 38-12 road victory over Kansas State. Danario Alexander recorded 10 receptions for 200 yards and three touchdowns.

7 – Kansas State – This team is in a bad way heading into next week’s “Big 12 North” championship game at Nebraska. If the Wildcats win, they’ll play for a Big 12 title. Lose…and they don’t go to a bowl game. No pressure though.

8 – Iowa State – The Cyclones became bowl eligible for the first time since 2005 in their 17-10 win over Colorado. Still, offensive struggles should be a giant concern for Iowa State fans heading into next week’s contest with Missouri.

9 – Texas A&M – The Aggies have now lost two straight football games. The first was a disappointing loss to Colorado. Saturday was a complete blowout by Oklahoma. It’s pretty obvious that they hate the road.

10 – Kansas – The Jayhawks hung with Nebraska for a while as they led the game with just over seven minutes remaining. Now, KU has lost five straight games.

11 – Colorado – Dan Hawkins will be looking for work in a few weeks.

Colorado @ Oklahoma State (Thursday) – The Big 12 will take center stage on a Thursday night. Too bad it will more than likely be an awful game.

Iowa State @ Missouri – This game is huge as far as Big 12 bowl positioning goes. The winner is almost guaranteed a spot in on of the league’s games.

Kansas State @ Nebraska – The North championship will be on the line.

Baylor @ Texas A&M – The Bears can spoil bowl eligibility for their South rivals. With Texas on the horizon, this is A&M’s last shot.

Kansas @ Texas – The Longhorns have two more hurdles standing between them and a chance to play for the national title.