Word from Lincoln in is Frost was picked up for reckless driving on Wed - could have been OWI
Reactions: Cyched

Scott Frost may be fired before Christmas, per report - Saturday Down South

cycloneG said:
Scott Frost may be fired before Christmas, per report - Saturday Down South
Click to expand...

An article on their game this weekend with OU, with a focus on series history: 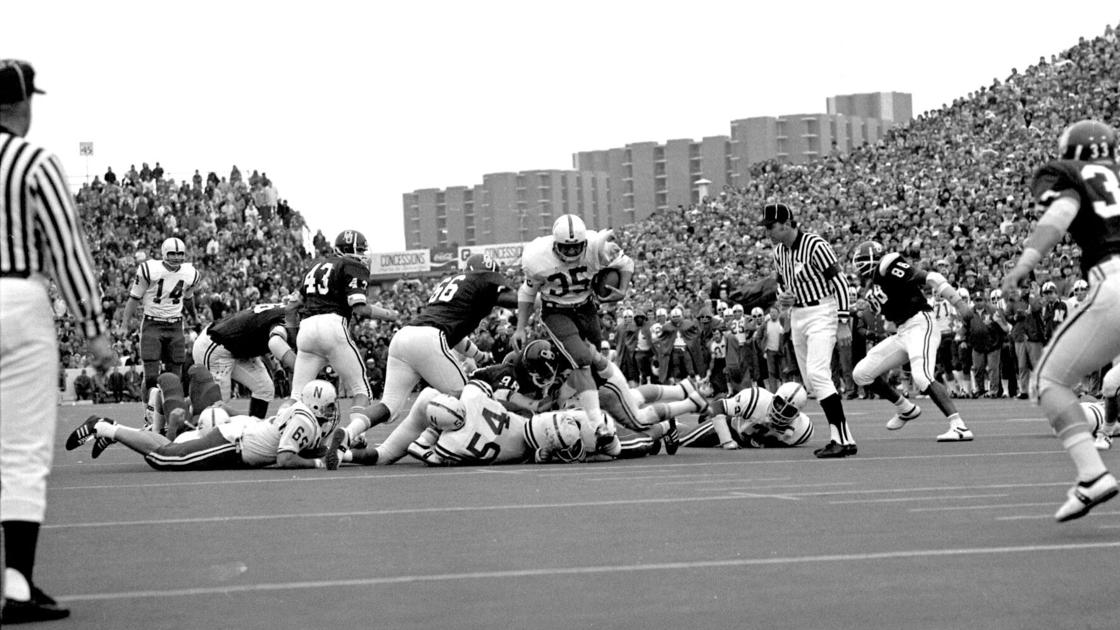 'A little bit of hatred, with a lot of respect': Husker fans excited to renew Sooner rivalry

Even if NU fans aren’t optimistic about this meeting, the game is rekindling memories of past heydays, when the game’s outcome almost annually determined conference championships and Orange Bowl bids.

There is nothing that says NU is bound to revert to past glory. They had a decent prior W-L record when they won the national title in the 1970(71) season, I believe, but that was a new height. I was young but remember seeing the Orange Bowl that year (New Years Eve, or Jan. 1). It appeared that night that things might fall into place such that NU would be voted number 1, which turned out to be the case. It was unusual then, though, and not the norm.

The next season, it was like they were UCLA basketball, major league hype — and the game of the century against number 2 OU Thanksgiving afternoon — close and in doubt the entire game and one in which Johnny Rodgers, always a deep threat, returned a punt for a TD.

Nebraska, Oklahoma, and Colorado finished that season 1-2-3 in the polls. I think the Big 8 regularly had 4 or 5 teams in the top 20 (this was before they were doing top 25).

They gotta get sick of this stuff. I'm sick of it, they're sick of it.

LOL, what a clown.

Campbell may have been a little arrogant and smarmy in the presser yesterday, but I'm glad he doesn't throw his players and coaches under the bus publicly like this.

Cyched said:
Campbell may have been a little arrogant and smarmy in the presser yesterday, but I'm glad he doesn't throw his players and coaches under the bus publicly like this.
Click to expand...

Campbell is cerebral. A motivator. Loyalist.
Frost is a douche that cheats on his wife.
Reactions: 2076, Cyched and keepngoal

Coaching is no different (or should be) than any other management in that you praise in public and correct in private.
Reactions: jsb
I

As someone originally from western Iowa, I sure like Scott Frost AT Nebraska and hope he keeps his job.
Reactions: Cyclones_R_GR8, Lineup, IcSyUclone and 3 others

These offenses are just so bad. Don’t give me the good defense crap either, this is just horrible offense.
I stupidly put money on Rutgers too, so watching that game and this one, makes me want to tear my eyes out haha

that island napoleon got sent to

I smile every time I see this thread bumped.
Reactions: VeloClone, LincolnSwinger, IcSyUclone and 1 other person