No unbeaten teams are in action Monday, Dec. 5.

The Flipside Project … winless teams, through Dec. 4 ... down to the Final Four!

cyclones500 said:
The Flipside Project … winless teams, through Dec. 4 ... down to the Final Four!

Oh, how the strong have become weak...Louisville...
Reactions: cyclones500

Back on the map 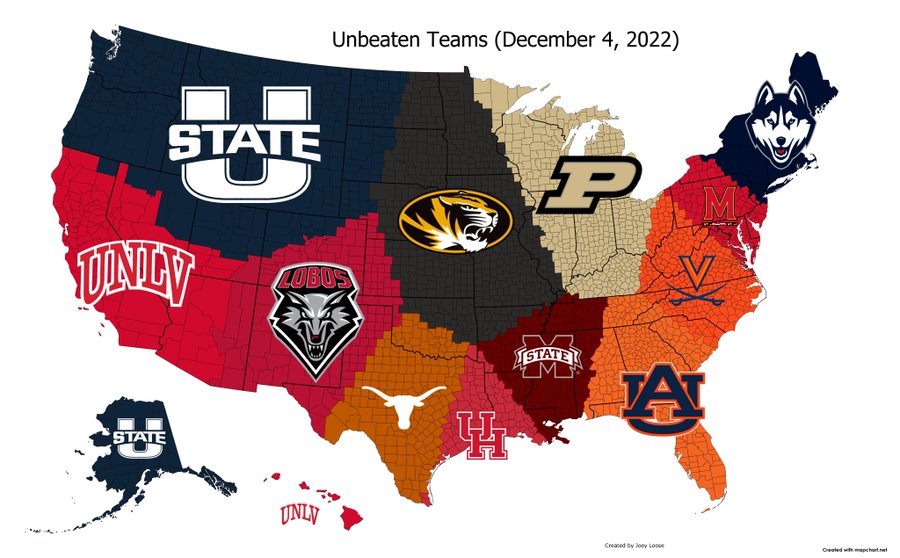 Welp - Texas and Maryland lost tonight. Big 12 is out of teams, but the BIG still has Purdue. 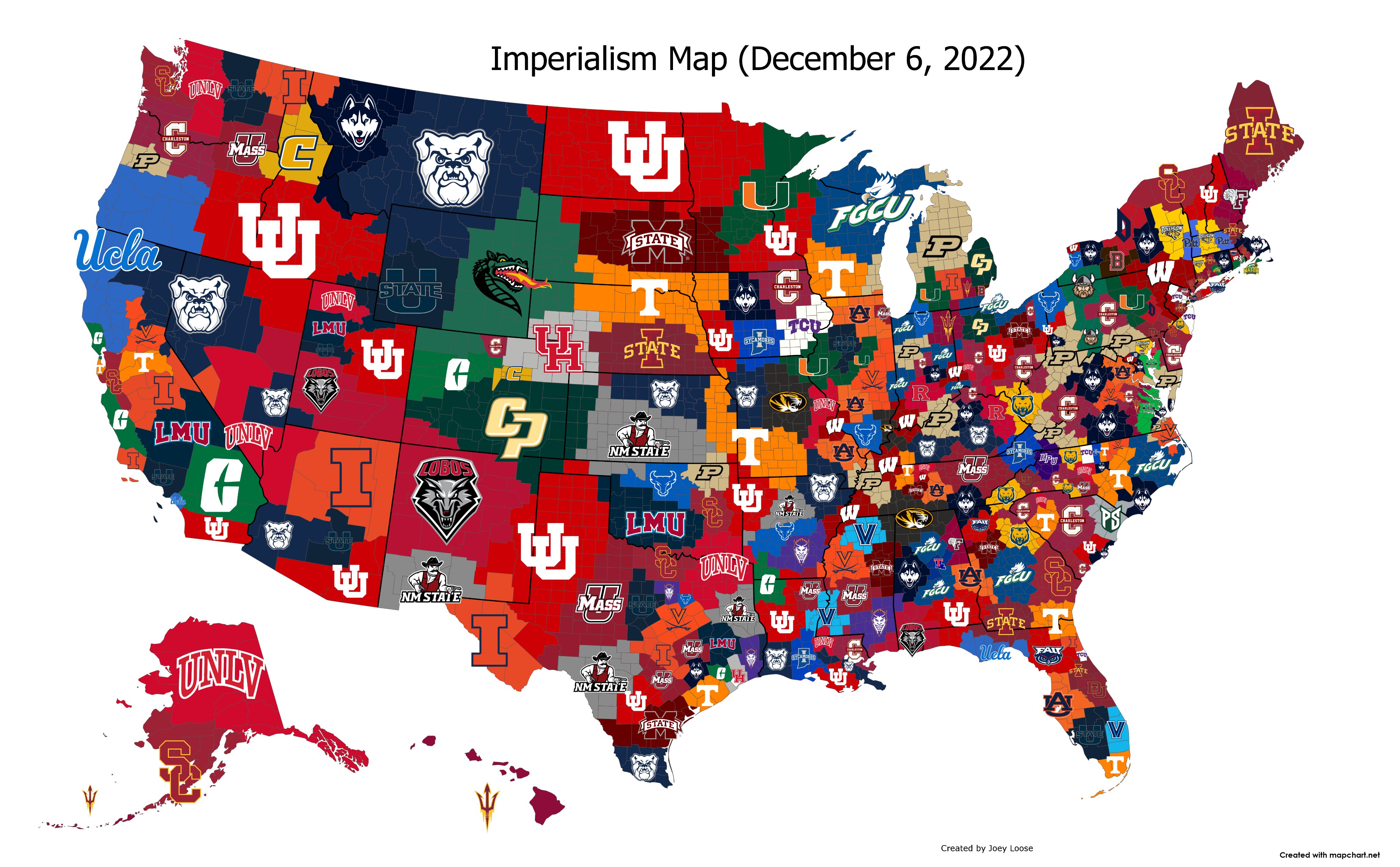 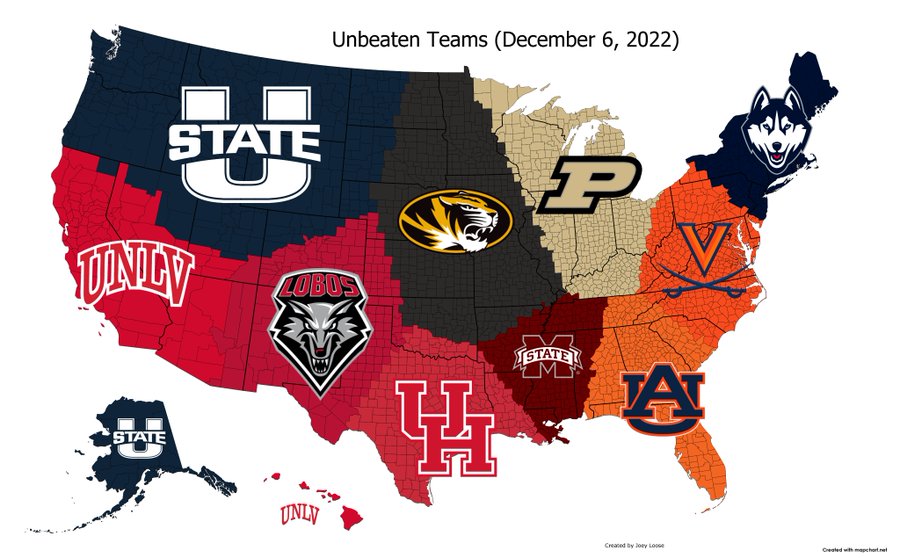 I will include his new undefeated in conference play maps as soon as Big 12 play starts.
Reactions: ImJustKCClone and cyclones500 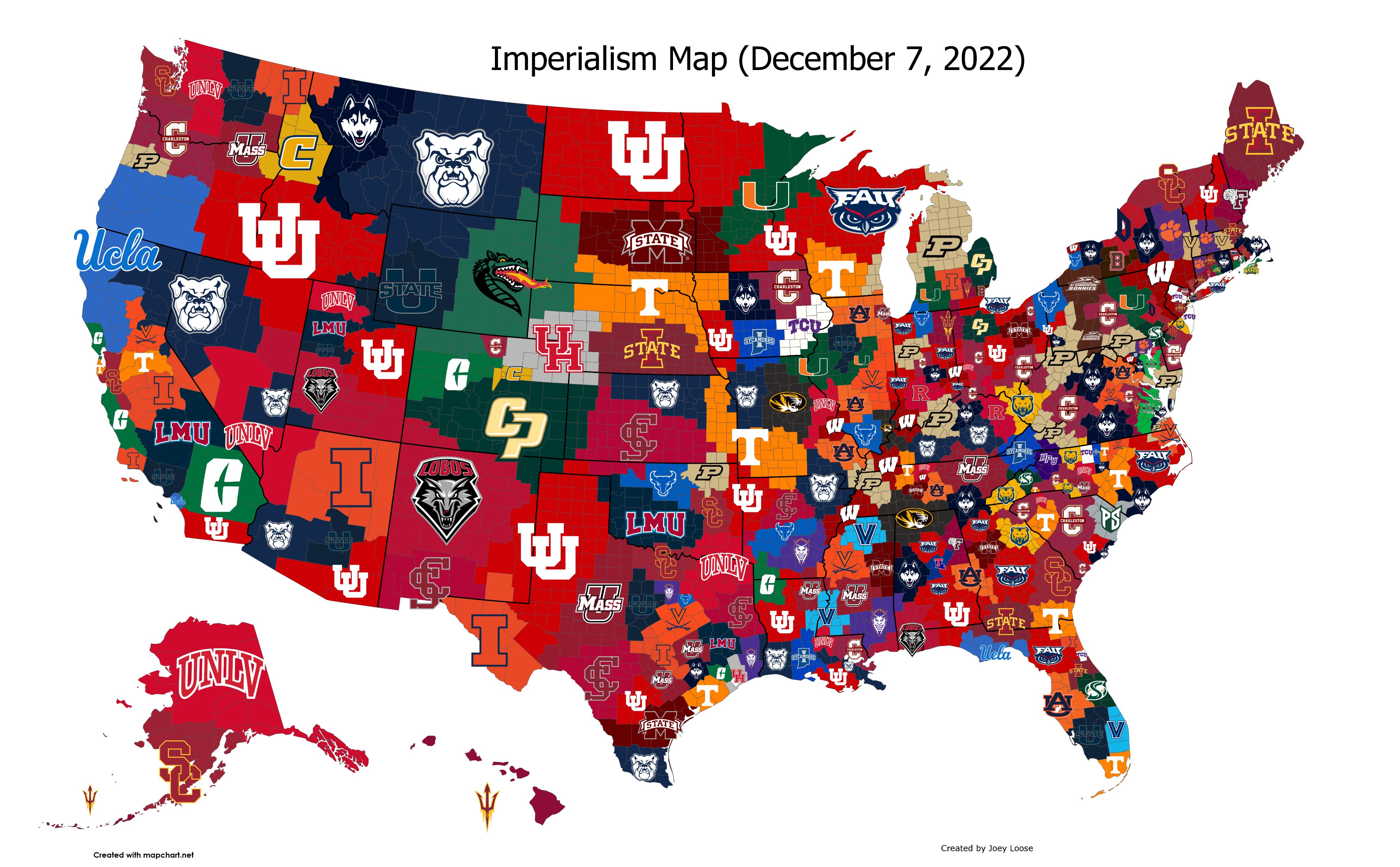 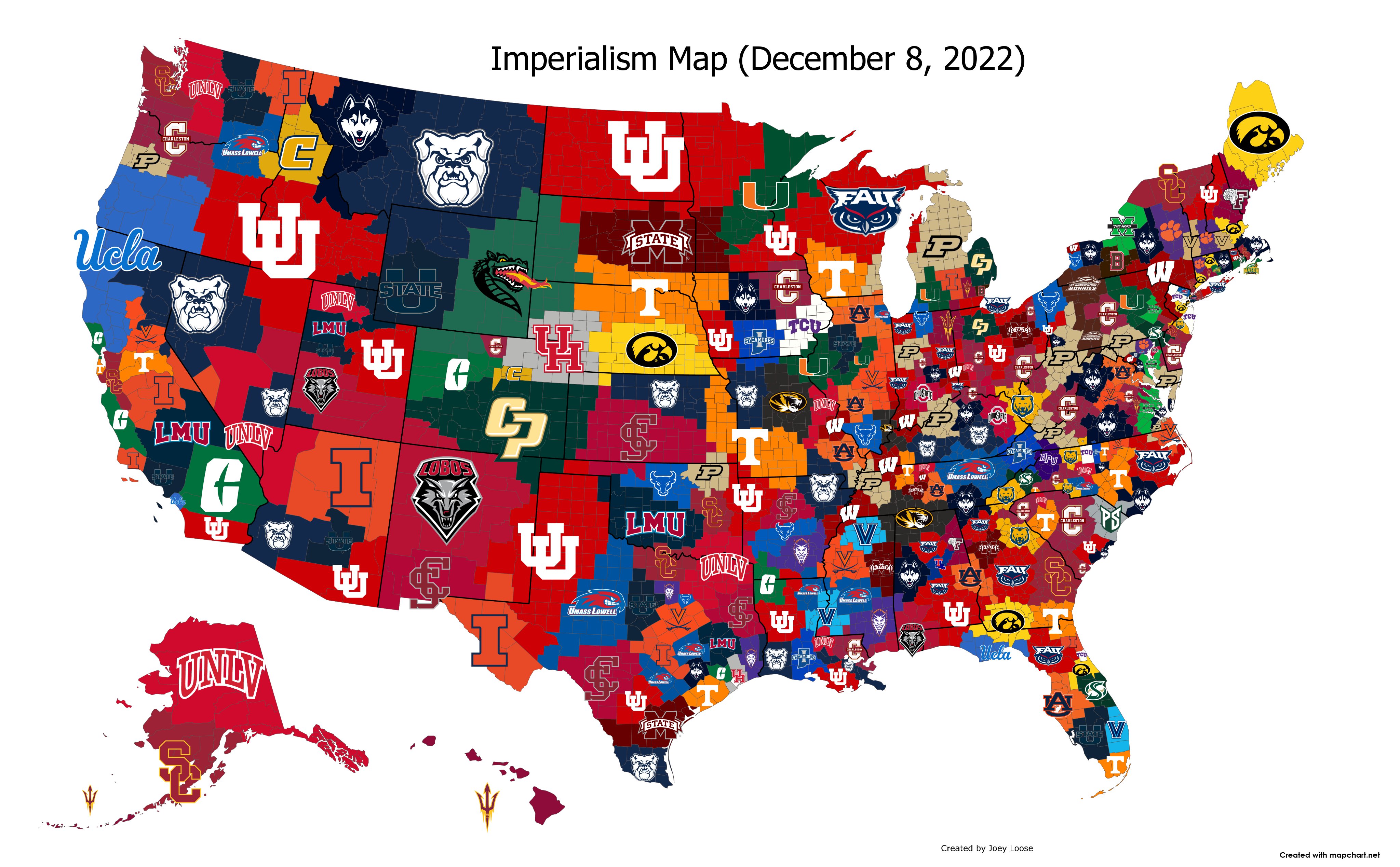 ooops! Forgot to post that no teams were eliminated on the 7th or 8th, and none play tonight. New report coming Saturday or Sunday (depending on how late the Saturday games are).
Reactions: Acylum and cyclones500

Wow - would NOT want to be Utah St or Loyola Marymount tonight. Their game is in Vegas, and starts at 10.30p MST (11.30p CST). They won't be done until after midnight.

I will give the report in the morning. I'm not staying up until past 1.30a for the results, and you can't make me!!!
Reactions: JP4CY and cyclones500

Is anyone doing the Capitol One bowlgame challenge?
Looking at YOU, @cyclones500 !
Reactions: cyclones500

Glad I didn't wait up. The Utah St game had a delayed start, and tipped off so late that ESPN noted it was actually played on the 11th (today). Yikes!

As 500 noted, three more teams are out, and Houston's loss, the AAC no longer has an undefeated team. ACC, BIG, Big East, and SEC are all down to one team each. Mountain West is riding high with three undefeated teams.

Some interesting games yesterday that weren't on this list - KU bitchslapped Mizzou, Arkansas beat OU (welcome to the SEC, boys), and Xavier & Cincy went down to the wire. Between KU/Mizzou and Xavier/Cincy I'm not sure which pair hates each other more. Makes for some very physical basketball when the game is close.
One other note...I didn't watch the Nebraska/Purdue game but Jorbo was whining all over twitter that Nebby got robbed. Crazy times!