Post any news you have about Big 12 teams personnel.


Here is the link to view the roster of every team. 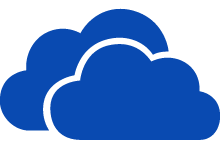 Store photos and docs online. Access them from any PC, Mac or phone. Create and work together on Word, Excel or PowerPoint documents.
1drv.ms
Last edited: Apr 20, 2021
Reactions: Cyclonepride

Probably the best team Huggins has had at WVU.

Probably the best team Huggins has had at WVU.
Click to expand...

I'm surprised McCabe hasn't shown up in the portal. Maybe it's still coming.

McCabe was a deadly shooter in hs, in high school all star games, and had a good freshman season. Not sure why he couldnt hit the broad side of a barn his soph. season. I mean the kid toured with the harlem globetrotters when he was 10 and made half court shots. He couldnt even make free throws last season.

He likely couldnt transfer up, and I think he knows Huggins will give him every opportunity to start at WVU. That said, mcbride will play in the NBA, and WVU has a couple other guards that either shoot better than mccabe did last year, or play better defense(a huggins sticking point).

Mc cabe was a child wonder boy. was on Ellen etc. he's definitely a fan favorite. Huggins knows mccabe sells tickets, so he will get opportunities at wvu. If he transferred to texas tech or ISU etc, if he started out slow he'd likely ride the pine.

Huggins will get him some minutes every game(at least every home game).

(singing) Scott Drew is on Fire!