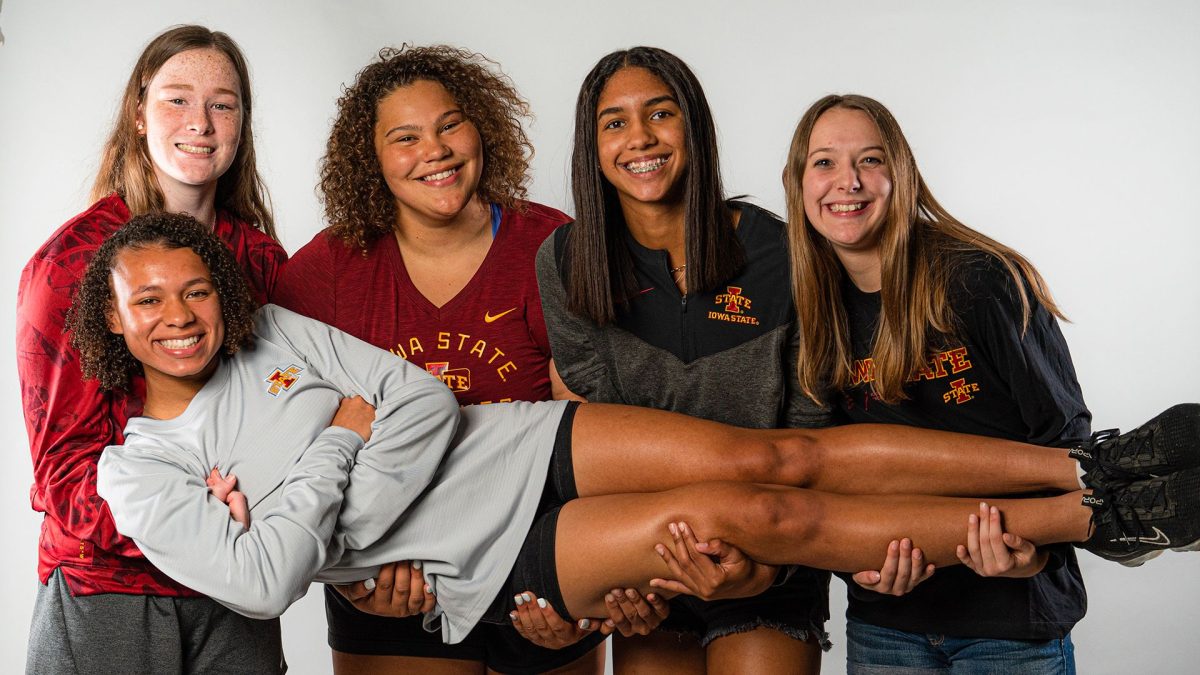 Iowa State women’s basketball officially signed a class of five athletes set to graduate in the spring and join the Iowa State at the start of the 2023-24 season.

The class is officially the highest rated recruiting class signed in program history at No. 10 in the nation (ESPN).

“This is a great day for Iowa State women’s basketball,” coach Bill Fennelly said in a release. “We are adding five great, young people and their families to our Cyclone family. Our staff knew that the 2023 class would be an important one, and they have delivered with one of the highest-rated ones in our program’s history. We add five players who will provide versatility at both ends of the floor. They are already a very connected group, and are very excited to get to campus and play in front of the best fans in the country.”

Iowa State’s highest rated player in the 2023 recruiting class is Addy Brown, who checks in as the No. 31 overall recruit in the nation. Brown averaged 14.5 points per game and 9.3 rebounds a season ago and helped lead a 17U team to a national title over the summer with Jaylnn Bristow (below) at an Adidas tournament.

“Addy is coming off a great summer and was recognized as one of the best players in the country,” Fennelly said in a release. “She is a very talented offensive player who can score at all levels and, in our mind, is one of the best passers we have seen in this cycle. She is another frontcourt player we will be counting on with what we graduate.”

Bristow is rated as the No. 47 player in the nation by ESPN 2023 recruiting rankings. She averaged 22.4 points per game during her high school career and was also in the double digits in rebounds with 12.4 per game. Bristow is moving to Holliday High School for her senior year.

“Jalynn is rated as one of the best players in Texas and nationally,” Fennelly said in a release. “She has great length and has a skill set that allows her to impact the game in a variety of ways at both ends of the floor. JB fits our style of play perfectly, and helps to fill what we will lose in our frontcourt.”

Audi Crooks comes to Iowa State from Bishop Garrigan High School as the No. 57 prospect in the country. Crooks has been a viral sensation over her high school career thanks to her unique play on the court. She is also a three-time Iowa Class 1A Player of the Year and has led her school to the state championship game in all three seasons on the court.

Fennelly spoke about Crooks during his media availability on Wednesday in Ames:

Another Joens sister is heading to Ames to play for the Cyclones. Kelsey Joens – the fourth youngest in the family – will follow her sister Ashley to the program in which she leads in all-time scoring. Joens is a three-time all-conference selection at Iowa City High and has scored 1,056 points, including 124 3-pointers. Joens will play her senior season at West Liberty High School, where her oldest sister Courtney Joens took over as head coach.

“We are excited to add another member of the Joens family to our program,” Fennelly said in a release. “Kelsey is a dynamic scorer who can score at all three levels. She can play across the perimeter and that will allow her to fill many roles on our team. Kelsey has tremendous work ethic and love for the game.”

Arianna Jackson comes into the program as a four-star prospect out of Des Moines Roosevelt High School. Jackson helped the Roughriders to their first state tournament appearance since 2008 last year and was the leading 3-point percentage shooter as a sophomore at 64.3 percent.

“‘AJ’ was born to be a Cyclone; her parents are Iowa State graduates, her father and brother played football at Iowa State,” Fennelly said. “Arianna is someone who has excelled in the classroom and on the court while showing great leadership traits. She can play the point or off-the-ball and is a willing defender.”