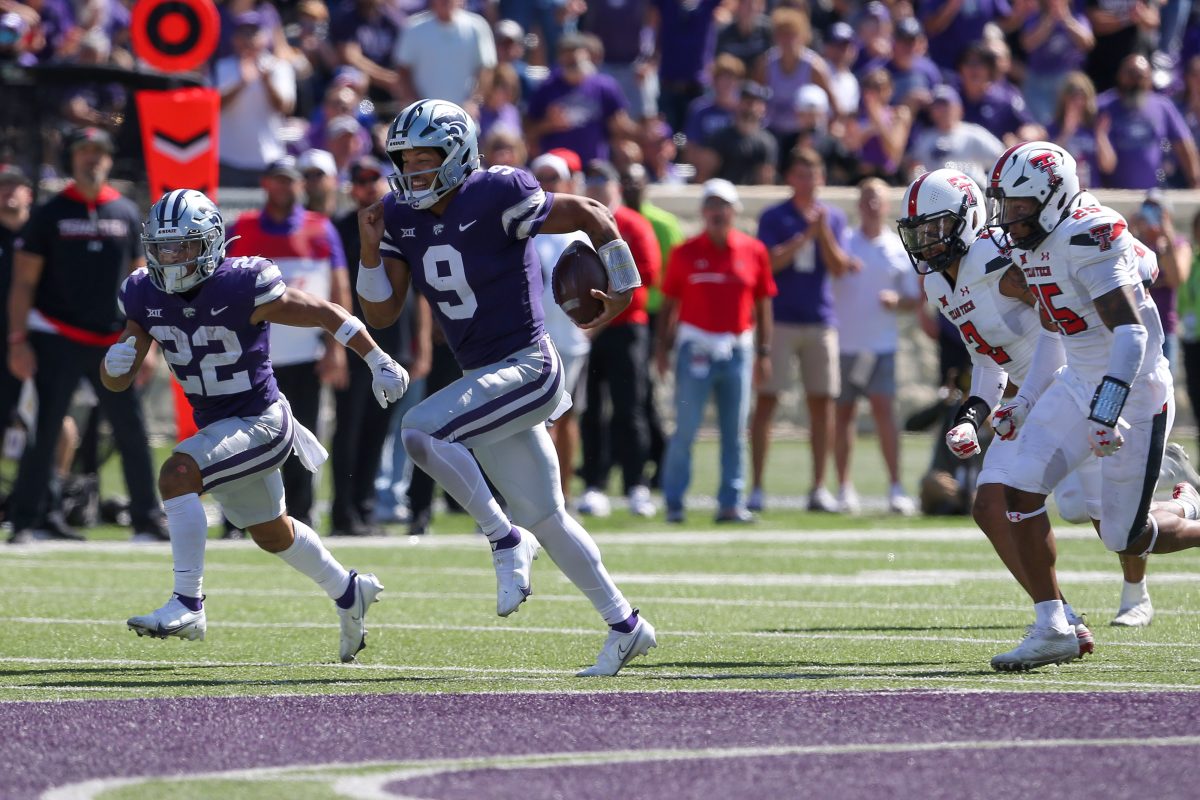 While I was driving home from Lawrence on Saturday, I couldn’t help but think about how much the scene around David Booth Kansas Memorial Stadium reminded me of Iowa State in 2017.

There was such an overpowering air of positivity around everything from the minute I got into town early Saturday afternoon. The yards of the houses around the football stadium were packed full of college kids, there were thousands of Kansas fans milling around and everyone just seemed excited to have something to look forward to on Saturdays in the fall.

There is something different about a fanbase experiencing that breakthrough of success after suffering through so much losing.

*** After rewatching the tape, you’ve got to give a lot of credit to Kansas’ defensive game plan on Saturday afternoon in Lawrence. The Jayhawks did a great job of taking away Iowa State’s ability to use its timing passing attack and made Hunter Dekkers awfully uncomfortable in the process.

Dekkers was Iowa State’s lowest graded offensive player on Saturday, according to Pro Football Focus. The redshirt sophomore signal caller posted a 50.1 grade after completing 30-of-48 passes for 287 yards, one touchdown and one interception.

Kansas did an especially good job of taking away basically everything over the top, limiting Dekkers to just 5-of-14 on pass attempts that went further than 10 yards. Iowa State was 4-of-4 with a touchdown when it attacked the area between 10 and 15 yards down the field across the middle.

On throws of 10-plus yards outside the numbers, the Cyclones were 0-of-8 with an interception.

*** The Jayhawks didn’t bring huge pressure consistently on Saturday, but they were effective when they did. Dekkers completed 3-of-5 passes for a 4.1 yards per attempt average and was sacked once on the six snaps when Kansas brought a blitz.

In fact, Dekkers was only under extreme pressure on 14 of his 54 dropbacks on Saturday. Unfortunately, he was sacked on five of those plays after he couldn’t find anybody open down the field.

Dekkers’ worst grade of the week actually came from situations when his jersey was kept clean. He posted a 48.3 grade on the 40 dropbacks when he didn’t face pressure.

Plain and simple, that number has to be better if Iowa State’s offense is going to make strides forward.

*** Despite keeping Dekkers clean on nearly 75 percent of his dropbacks, you have to wonder if there could be some changes coming to Iowa State’s offensive line in the not-so-distant future.

Jake Remsburg made his first appearance of the season for the offense on Saturday while playing 13 snaps at right tackle. He was listed as the starter during fall camp for a reason, and I’d be surprised if he’s not reinserted into the starting lineup for Grant Treiber sooner rather than later.

A shake-up along the front could also mean a change at right guard, where we’ve seen Iowa State starting to utilize Des Moines native Zach Ross at times in place of Darrell Simmons.

It seems as though the biggest issue for Iowa State up-front offensively has been communication rather than guys just flat out getting beat by whoever they’re trying to block.

Regardless, they’ve done a solid job of keeping Dekkers clean. There comes a point when you need some help from your quarterback in some of those scenarios.

*** Losing Jirehl Brock after only a handful of snaps was obviously significant for the Iowa State run game, but his loss was felt most in pass-blocking situations.

Deon Silas performed well enough in Brock’s absence, posting a 66.2 grade, which ranked second among Iowa State offensive players who played 50 or more snaps. He received a 41.6 grade on his 11 pass block plays, though.

Silas and Eli Sanders can do a good enough job of filling Brock’s shoes when the ball is in their hands, but Iowa State needs more from those guys in the other parts of being a running back right now if Brock is going to miss any significant amount of time.

*** It should not come as a surprise to hear O’Rien Vance was Iowa State’s highest-graded defender on Saturday. The super senior from Cedar Rapids posted a 91.5 grade on 45 snaps.

He received an otherworldly 98.3 grade in run defense and was a big part of why Iowa State held Kansas to only 112 yards rushing in the game, which was nearly 150 yards below the Jayhawks’ averages entering the game.

*** While I still think this team will get right enough to win at least three games, Iowa State’s road to its sixth-straight postseason keeps getting rockier.

In fact, The Action Network’s Brett McMurphy did not include Iowa State in his most recent bowl projections. Yikes.

There are at least three wins left on this schedule, but the games certainly don’t get any easier from here on out, starting this Saturday when the red-hot No. 20 Kansas State Wildcats roll into Jack Trice Stadium for a 6:30 kick under the lights.

*** Speaking of Kansas State, how about what Adrian Martinez has done over the last two weeks since the Wildcats’ loss to Tulane?

The senior transfer from Nebraska has completed 62 percent of his passes for 654 yards, three touchdowns and, most notably, no interceptions this season. He’s also added 469 yards and nine touchdowns in the run game.

All of a sudden, Martinez has the fifth-best odds of winning the Heisman Trophy, according to FanDuel. Here are the top-five as of this writing:

Now, I’m not going to pretend to be some gambling expert, but I did stay at a Holiday Inn Express last night, and putting money on Adrian Martinez to win the Heisman after five games sounds like the gambling equivalent of putting cash into an incinerator.

With that said, that’s a confident veteran quarterback leading his team into Ames on Saturday. He won’t be scared of the moment or nervous about a hostile environment.

How could he be scared or nervous? He already went through the college football equivalent of hell on Earth by playing behind the Nebraska offensive line for four years.

*** Wisconsin joined the list of schools in search of a new permanent head coach on Sunday when it announced the firing of Paul Chryst. You know things are out of sorts in college athletics when Wisconsin, a program that had not fired a coach since 1989, fired its coach five games into the season.

*** It was another big day for Cyclones in the NFL on Sunday when Breece Hall scored a game-winning touchdown for the New York Jets against Pittsburgh and Allen Lazard compiled over 100 yards receiving in Green Bay’s win over New England.

The only thing that could boost this weekend for professional Cyclones is if Brock Purdy somehow had to come off the bench to lead the 49ers to a win tonight on Monday Night Football.

*** Basketball season is coming. This is the last week before our football coverage will be intermittently interrupted by the hardwood with Iowa State media day scheduled for next Wednesday, Oct. 12, and Big 12 Media Days in Kansas City the following week.

If you’re not ready for basketball yet, let Coach Dan McCarney get you ready.

If that doesn’t get you ready to run through a brick wall to start this week, I’m not sure what will. 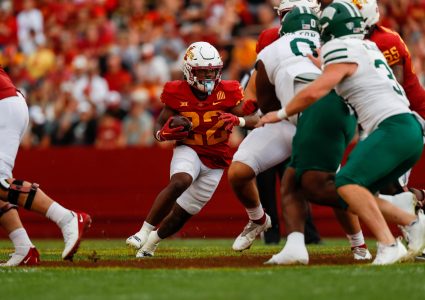 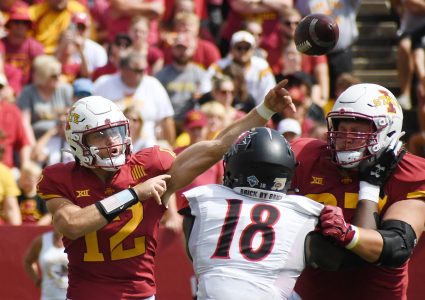