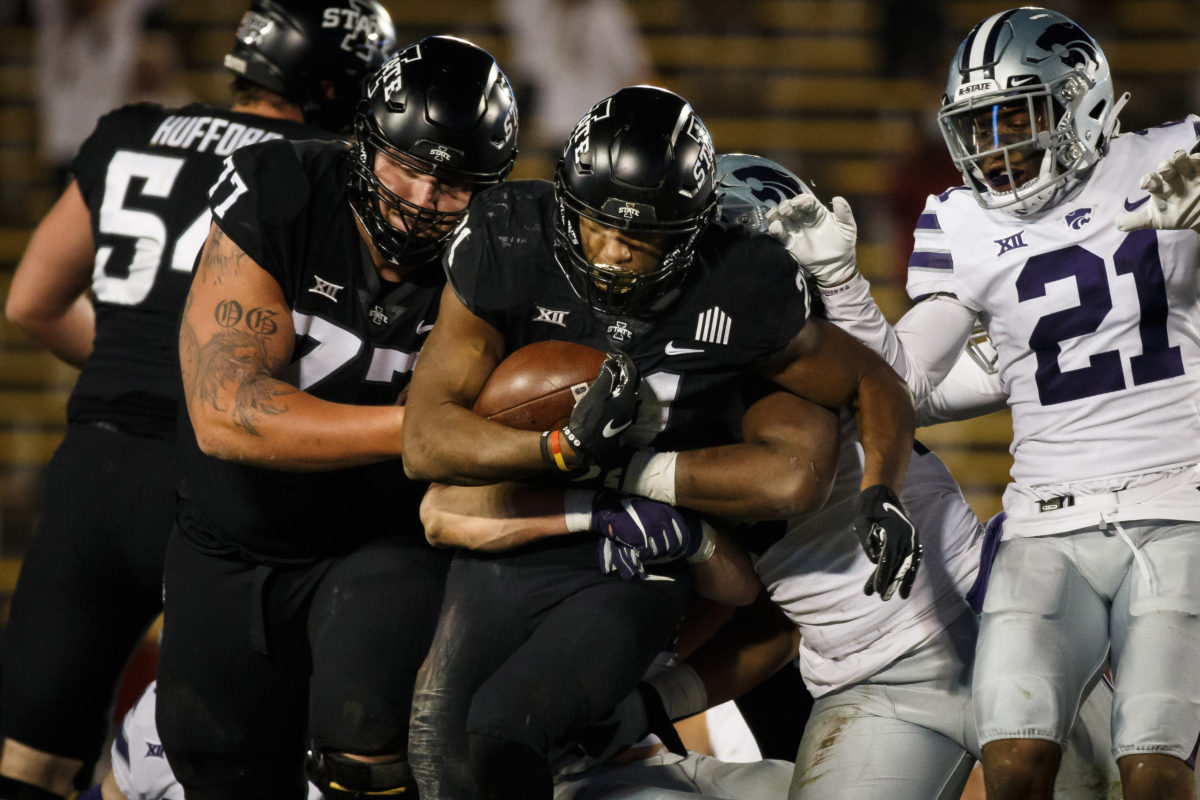 The Iowa State – Kansas State rivalry is one of the most notable rivalries in the current Big 12, and in two years when a certain pair of schools depart, it will only be bigger.

This weekend and this meeting between the programs – the 106th of its kind – provides a phenomenal encapsulation of the newest era.

Saturday will kick off with College GameDay in Lawrence, with an undefeated matchup between No. 19 Kansas and No. 17 TCU.

It will continue with a pair of high-powered offenses in a shootout in Stillwater between No. 7 Oklahoma State and Texas Tech.

The day caps off with No. 20 Kansas State going into a night game at Jack Trice Stadium that will almost certainly see the all-black uniforms donned by the Cyclones.

I’d be remiss, however, if I didn’t mention that Oklahoma and Texas also play at 11 a.m. and it’s the only Big 12 game of the day that doesn’t feature a ranked team.

Fans of Oklahoma and Texas will tell others that everything’s fine, much like Nebraska, Colorado, Texas A&M and Missouri did years ago.

It’s no secret that leaving the conference didn’t go well for those programs nor that it appears Texas and Oklahoma are trending the same way.

So maybe the new Big 12 has less history, but that won’t hinder the talent and play that fans will consume on Saturdays. Farmageddon will continue to show that.

This is a preview of what might be the biggest rivalry game in the new era of the conference.

“Oh, it’s extremely intense,” Iowa State linebacker O’Rien Vance said. “This, by far, is going to be an extremely physical game, because that’s what it is. It’s one of those rivalries where it’s fun – it just brings out the best in your team.”

Iowa State is trying to break away from a two-game losing streak to open up Big 12 play. Kansas State fans are dreaming of a trip to Dallas.

Oh, and the league’s best defense will go head-to-head with its best 1-2 rushing punch by a longshot.

Here’s to Farmageddon 106, and by the way, can we get a damn tractor trophy soon? 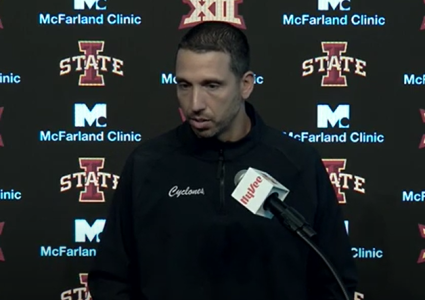