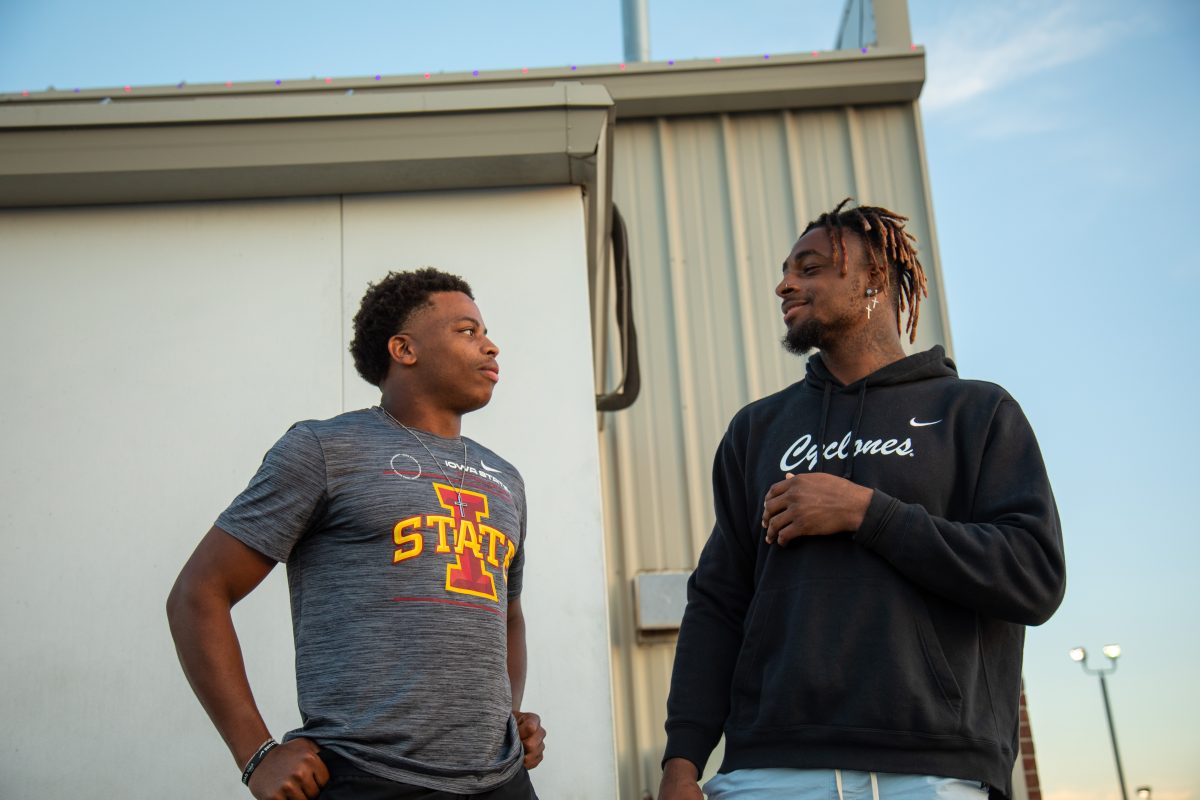 Matt Campbell understands the importance of continuity in college football.

Iowa State’s head coach understands its importance with his staff, which still features four coaches who were part of Campbell’s staff in Ames nearly seven years ago, including both coordinators.

He especially understands its importance when building a roster.

That need for continuity is what makes guys like Anthony Johnson Jr., Xavier Hutchinson and numerous others staying at Iowa State despite having other options for their football careers so impactful.

While this upcoming Iowa State team might look young and inexperienced on paper, having guys to carry the torch from one year to the next helps the program maintain its process through the constant roster churn that accompanies the nature of college football.

“Everybody wants to talk about some of the tough things are going on right now and in college athletics,” Campbell said during an appearance on Cyclone Fanatic’s Williams & Blum Podcast on Sunday. “I feel like if you shine a real light on our program and see the amount of guys that stayed, the amount of guys that believe in what’s going on here, and the quality of those players, whether it’s professionally or man being pursued maybe by other people at the time, their opportunity to stay the course here, I think that is really important.”

Johnson, Hutchinson and senior defensive end Will McDonald had every opportunity to leave Iowa State at the end of last season, whether through the transfer portal or turning towards the professional game. They elected to stay because they believe in what Campbell and his staff have done with the program.

Young men like Isaiah Lee and Tayvonn Kyle would be every-down starters at a lot of schools across the country. Both of them have persevered to put themselves in a position to play impactful roles in Ames even if they might not be “stars.”

These are the guys who help bring along the next generation of Cyclones by passing along the lessons learned from the others that came before them.

These are the type of players that make the work of the We Will Collective so important for the future health of the program. Yes, we all know NIL has been weaponized in some corners of the country in the never-ending recruiting wars, but that’s not how the game will work in Ames.

Coaches are the ones doing the recruiting without the help of super boosters offering significant inducements for a young man’s services at the collegiate level, and I’m willing to bet any recruiting conversation with an Iowa State coach that leads with questions about NIL will be a short one.

Instead, the We Will Collective will be most important as a tool used to retain players like the ones mentioned above—players who have proven themselves as leaders within the building and carry the responsibility to foster the program through thick and thin.

Campbell is often talking about how Iowa State football still has something to prove. Every season is another opportunity to prove their process works as well as (or better than) any other in the country.

NIL is not meant to be used for throwing hundreds of thousands of dollars at high school athletes in order to secure a commitment.

NIL is meant for the athletes who have proven it and boosted the value of their name, image and likeness in the… um… process.

“I don’t ever see NIL as a way to get young men to come to Iowa State and say ‘Man, we’re coming there because Iowa State is just doing such a great job paying their players,'” Campbell said. “I do think, man, there are opportunities for young men in the way that this rule was shaped that young men who are achieving and having success within the framework of our program, that they can enhance their lives and enhance the support of these players for what they’re doing for our university and what they’re doing for the program and the time, the effort and investment that they’ve made. Our players, certainly deserve those opportunities if those opportunities exist.”

Last week, I saw firsthand what can make name, image and likeness so awesome for college athletics during the first two stops of our Cyclone Fanatic Road Show in Omaha and Clarinda.

I could not have walked away more impressed with the four young men — the aforementioned Johnson, McDonald, Lee and Kyle — who accompanied us on those stops.

I knew what all four of them were capable of on the football field. But I had no real idea how great of people they are. All four of them are truly fun and wonderful people to hang around with. They were all fantastic in interacting with fans in two places where those opportunities don’t come around often.

I am willing to bet there is at least one kid from Clarinda, Iowa who walked away from Thursday night’s event inspired by at least one of those four young men who were in town to represent Iowa State football.

I bet we made a few new Cyclone fans, as well.

I know for certain there is at least one new Anthony Johnson fan.

That new fan would be my dad. My dad cares about Iowa State football only in the way that every father cares about what their son does. He’s not following the roster or breaking down depth charts.

I’m willing to bet he didn’t know who Anthony Johnson was before Thursday night.

But, he couldn’t believe what he was seeing when Johnson stayed around until well after dark to help us tear down the tables and chairs from the event.

My dad had to go over, shake his hand and thank him before he could leave the event. He just wanted to let him know how impressed he was by what he’d seen, and I can tell you my dad isn’t an easy guy to impress.

Anthony Johnson didn’t have to do that. Sure, he was getting paid to be at the event, but nobody expected the All-Big 12 defensive back to be out there picking up when it was over.

But, he did anyway, because that’s the kind of person Johnson is. He’s willing to lend a helping hand at any time no matter if he’s being paid.

That’s how you prove your character, and it’s why I’d jump at the opportunity to ever work with Anthony, or the other three guys, again.

“I think the greatest thing for me (is for our kids to be) with (fans) in that setting and to let the rest of the world see (the kind of people they are),” Campbell said. “Number one, these are young men, these are guys that we’re grooming not only to be great football players, but my hope is, number one is they leave our program and will make a difference in our world right now, and stand up and be great leaders and be great men and be great husbands and fathers Sunday. And you know, you talk about a guy like Anthony, probably why I’m so excited about getting started with this team; you still have great veteran leadership. And when you have a guy like Anthony Johnson, who, man, Anthony has been through hard. The deck’s probably been stacked against Ant for a lot of his life and is a guy that has never whined or complained, he’s just persevered. Now, he’s become this pillar of leadership and excellence.”

That right there is why NIL is valuable. 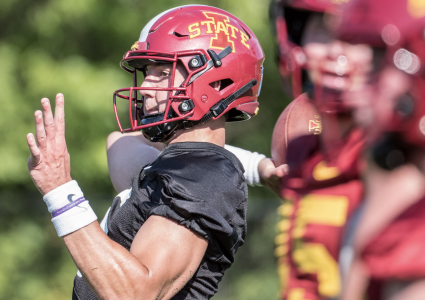 MONDAY MUSINGS: The most important Cyclone on the roster that nobody knows