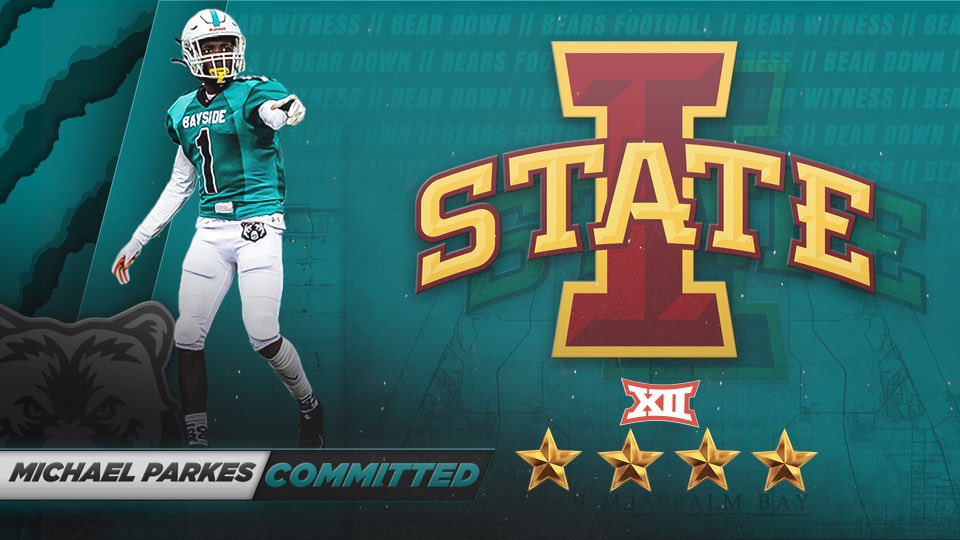 Growing up in Jamaica, Michael Parkes and his friends generally played soccer, which is where Parkes found his speed.

It wasn’t until one of his high school coaches convinced him to give football a shot that he went out to try it out.

“I was scared to get hit, but my coach kept pushing me to try it,” Parkes said. “I’m glad I did.”

When he started playing, Parkes was impressed with the talent of one of his teammates – Luis Sanchez, who’s now a 5-foot-8 receiver at Wesleyan.

The pair practiced together routinely and it helped Parkes become as talented as he his.

“My freshman year – I had this teammate,” Parkes said. “He was so good. He was fast, but he didn’t have the height to go D-1. I practiced with him a lot.”

Now, he’s headed to Iowa State after committing to the Cyclones over schools like Pittsburgh, Mississippi State and West Virginia.

Parkes came to the United States with his grandmother and has goals of taking care of his family in the future.

He wrote in his announcement post, “back home, it was hard for us and my mom and dad did everything for me so (that) I can be here in America. Now, it’s my time to take care of them.'”

He’s then set on graduating early and enrolling at Iowa State during the winter semester next school year.

“I wanted to commit there since day one,” Parkes said. “I can graduate early and I get to go to Iowa. That’s the plan.”

If his career timeline has shown anything, catching on fast is Parkes’ strong suit. Enrolling early at Iowa State could make a bigger impact on him than the average player.

Time will tell what to make of Parkes’ career at Iowa State, but he’s on pace to make it an interesting one when he gets there. 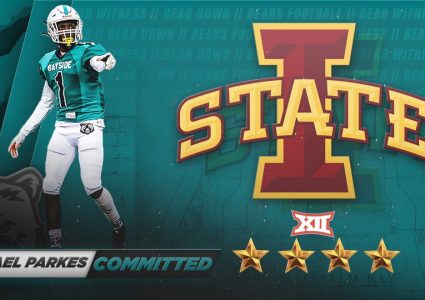 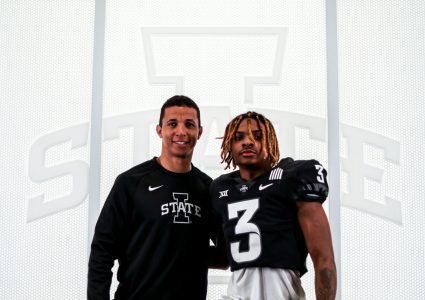