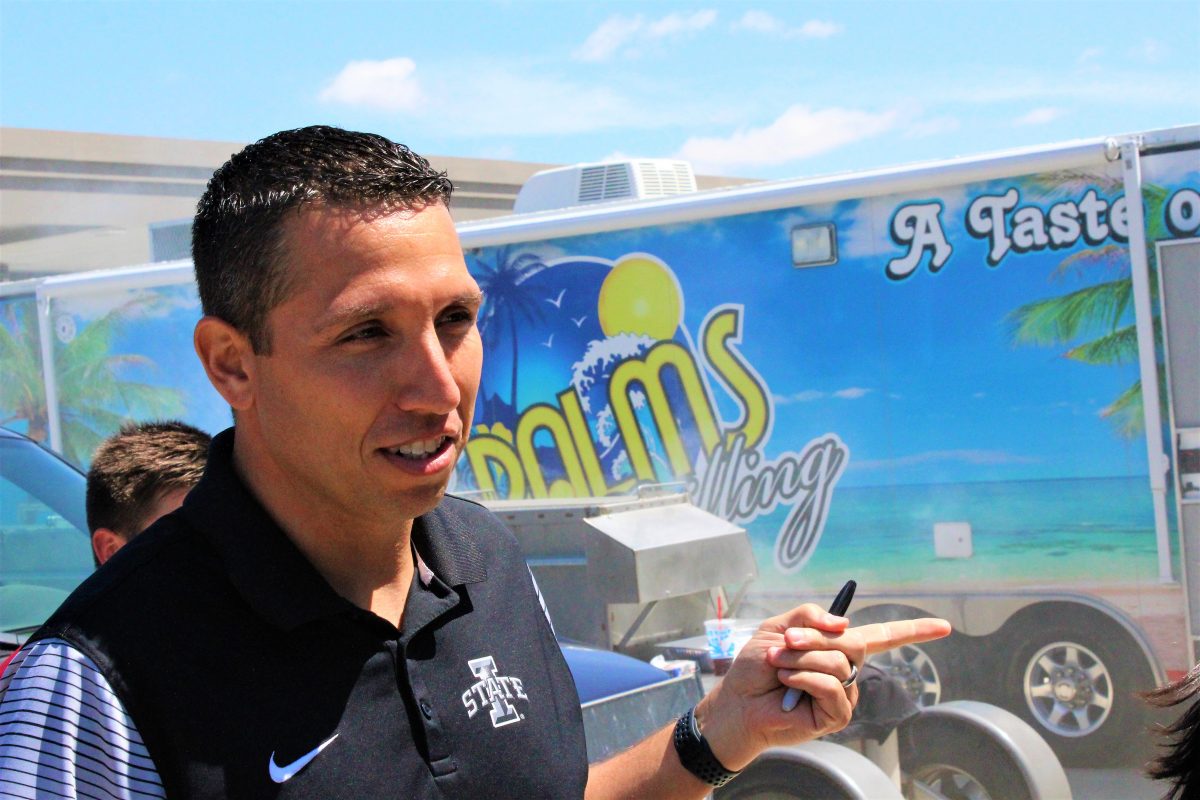 AMES, Iowa – The Iowa State Athletics Department is back on the road!

The annual Cyclone Tailgate Tour, powered by MidAmerican Energy, returns after a two-year virtual pit stop as Iowa State coaches and staff embark on a 12-stop tour across Iowa this May. Each stop on the tour is open to Cyclone fans of all ages and FREE to attend.

The family-friendly event allows fans to socialize with other Cyclone fans, and features other special guests including Cy. Kids in attendance will receive a complimentary gift. Food and beverage are available for purchase.

Please plan to join us this Spring!

Iowa State to host virtual Cyclone Tailgate Tour on May 20