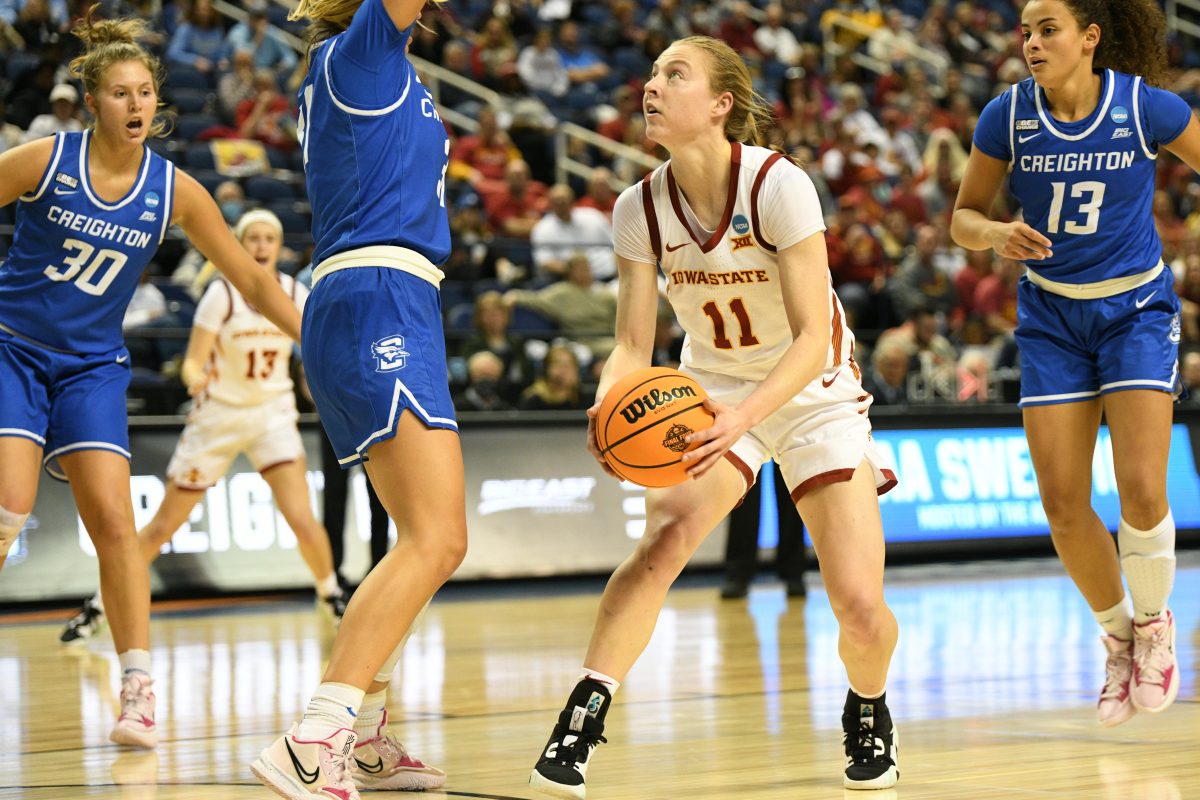 GREENSBORO, N.C. – Iowa State was in the midst of what would have been a 13-point comeback on a March Madness Cinderella Creighton on Friday night, but ended up leaving the dance earlier than they had hoped.

For one of the best teams in its program’s history, the season ended with a 76-68 loss in the Sweet 16.

The Cyclones entered the half in a deadlocked, 30-30 tie with Creighton. Iowa State shot 4-14 from distance in the opening 20 minutes while Creighton ended the first half 5-14.

It was uncharacteristic for a pair of teams that are used to burying their opponents with deep shots. And it goes back to something Iowa State coach Bill Fennelly has talked about ad nauseum this season.

“We knew going into this game basketball is a make shot-miss shot game,” Fennelly said. “Especially with these two teams. They made a lot of tough shots tonight, and, unfortunately, we couldn’t get the ball in the basket when we needed it.”

Creighton came out of the half firing, and struck momentum-gold when Tatum Rembao banked in a 3-pointer. She finished with 19 points and 17 of them came in the second half.

The team in blue stayed hot, thanks to the shooting of Morgan Maly and Rembao together. CU made six of its 11 three’s it shot in the second, looking more like the high-powered offense that was peaking at the right time.

“No, we got mismatched a couple of times,” Fennelly said. “They hit a couple of — Rembao banks one in, and she made 19 threes all year, and they hit a tough — we guarded an inbounds play wrong at the end, and they stuck a three at the end of the shot clock… We tried a lot of different things, but to their credit, they always had an answer for it.”

Emily Ryan did everything that she could to get the Cyclones back in it. During the final minutes, the sophomore point guard looked as vigilant as ever getting to the hoop.

Ryan had six of the points during the late-game rally. Ashley Joens and Lexi Donarski each had shots that nearly went in that could have changed the game.

They just didn’t find the bottom of the net.

“At that point we were clawing ourselves back into the game, and we made some plays that we needed to make to get ourselves in a position to have a chance at it,” Ryan said. “Ultimately we weren’t able to make quite enough of them to get the win.”

With the loss, Iowa State ends its season with a 28-7 mark, which set a new program record most wins in a single-season. It had the career-leader in scoring on its roster, a Big 12 Defensive Player of the Year and a point guard that set multiple records in dishing out the ball.

“We’ll celebrate that at another time, but it was an honor to say that I coached at Iowa State this year,” Fennelly said. “Amazing young people. Amazing.”

It goes without saying that the anticipation for the team’s next season will rise soon, and it may not take as long as usual. Joens, who has an extra year of eligibility due to the COVID-19 pandemic, is weighing her options before making a decision on if she will take it or not.

“I haven’t thought about that yet,” Joens said. “I’ll decide soon.”

Iowa State could also see the entirety of the roster return next season, sans Maddie Frederick, who participated in Senior Night activities with Joens.

That includes Denae Fritz, who helped Iowa State beat Baylor with a 17-point performance before being sidelined for the year with an injury. She could utilize this season as a redshirt year.

Nonetheless, however, Friday night and the coming days will be somber for this team and its fans. It’s known that 68 teams enter the postseason tournament and only one will end its season with a win.

“You win 28 games,” Fennelly said. “You get to the Sweet 16. I think it was a team, I think our fans loved watching this team play because they can tell that they’re connected and they play the game the right way. Yeah, like (Ryan) said, it’s hard tonight, but I could not imagine being more proud of what they’ve done and how they’ve done it.”

Fennelly offered his thoughts to wrap up what will be remembered as one of the best seasons his program has ever had. Iowa State landed both of its men’s and women’s teams in the Sweet 16 – one of three schools to do so. That will be what’s remembered after this one rubs off.

” I told (my grandson), I said, you know, Will, don’t cry because it’s over,” Fennelly said. “Smile because it happened, and we’re going to smile big when we get home.” 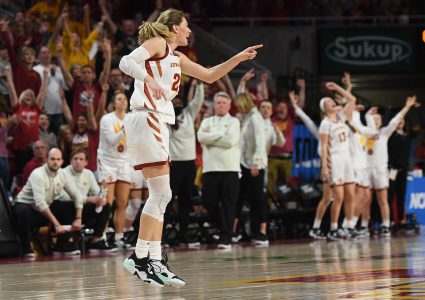