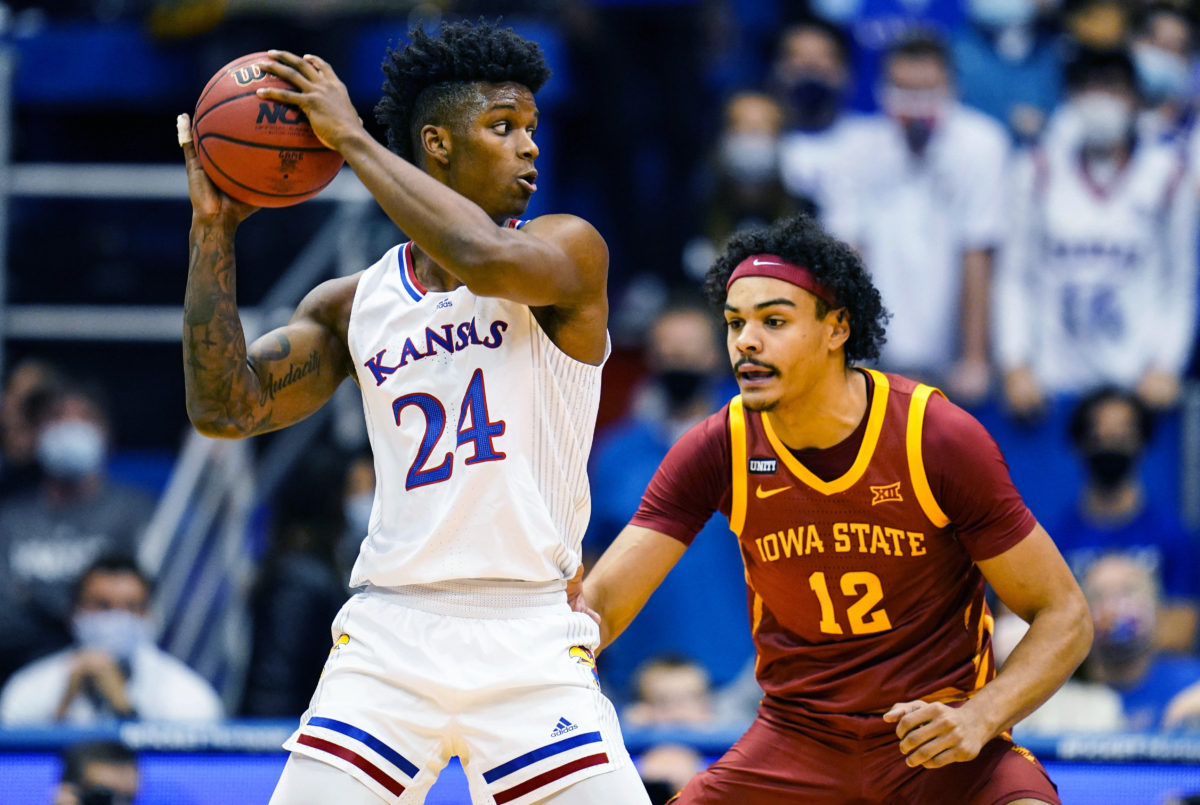 Iowa State came seconds away from clinching its first win in Lawrence since 2017 on Tuesday, but DaJuan Harris’ right-handed runner off the glass with four seconds on the clock sunk the Cyclones, 62-61, at Allen Fieldhouse.

Iowa State erased a six-point deficit in the last three minutes of the game by holding the Jayhawks scoreless for nearly two and a half minutes. That stretch followed a 14-minute period in which Iowa State saw a one-point halftime lead evaporate and turn into a deficit as large as nine points.

The Cyclones were finally able to retake the lead on a Caleb Grill jumper in the corner with 36 seconds left that was initially ruled a 3-pointer but was switched to a two after a review and gave Iowa State a 59-58 advantage.

A pair of free throws from Ochai Agbaji put Kansas back ahead 60-59, but Izaiah Brockington connected on a jumper just seconds later to make it 61-60 and set the stage for Harris’ final heroics.

Brockington led Iowa State with 17 points on 6-of-15 shooting from the field to go along with eight rebounds. He was joined in double-figures scoring by Tyrese Hunter and Gabe Kalscheur, who added 12 and 14 points, respectively.

Iowa State will be back in action on Saturday when Texas visits Hilton Coliseum for a 1 p.m. tip on ESPN+. 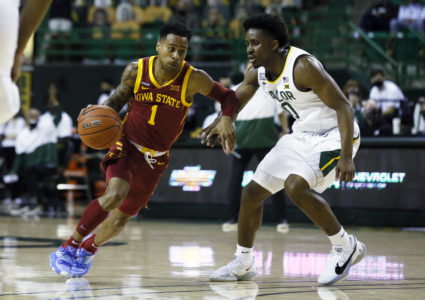