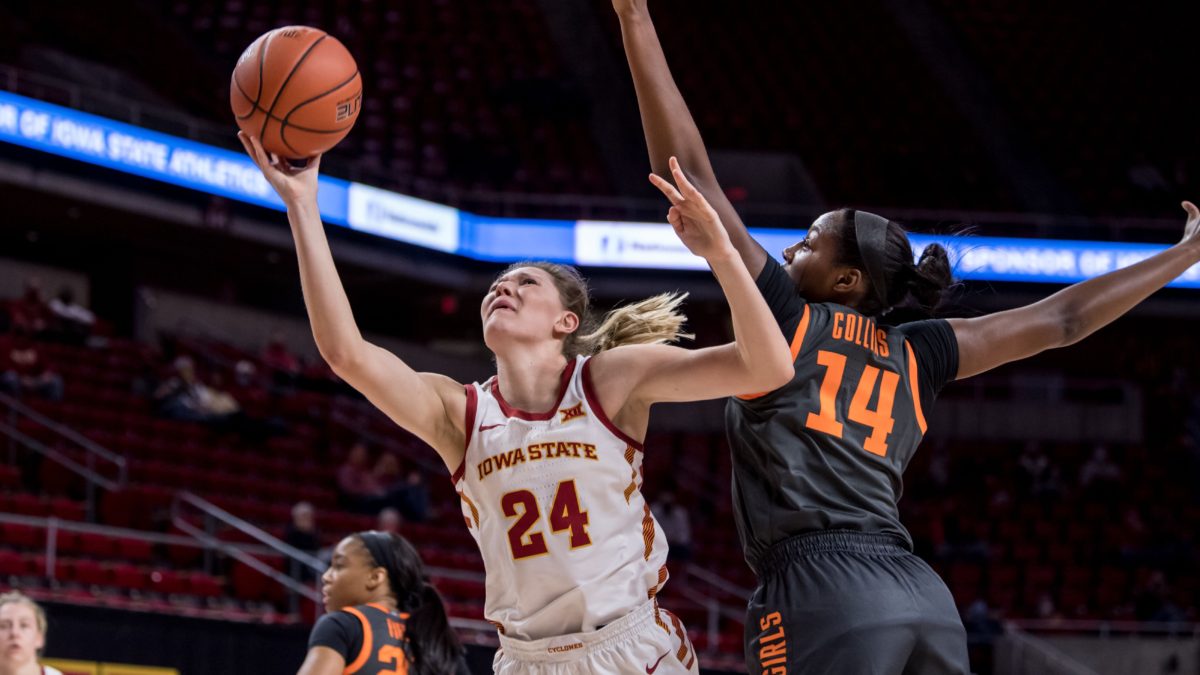 The outside of the court was purple and LSU head coach Kim Mulkey donned a shirt riddled with butterflies on the sidelines, but it still felt like a road game in Waco.

No. 14 Iowa State suffered it’s first loss of the season on Thursday night, losing to LSU 69-60.

The Cyclones got down to a nine-point deficit early in the game, partly because LSU started out making 8 of it’s first 10 field goal attempts as well as each of it’s first six 3-pointers.

Iowa State, mired in foul trouble in the first half, battled back and took a 28-27 lead midway through the second quarter.

In the last five minutes of the half, the team only mustered five points on a 3-pointer and a pair of free throws.

The Cyclones went down by 12 points late in the third quarter, but trimmed the LSU lead down to eight and then four points at the start of the final 10 minutes.

However, the team went without scoring in the final five minutes of the game, dropping their mark to 7-1 on the season.

Iowa State got 24 points out of Ashley Joens along with 12 rebounds from her sister Aubrey Joens, but couldn’t hit big shots down the stretch to overcome the Tigers.

The team was again hindered by the absence of three guards – Denae Fritz, Nyamer Diew, and Maggie Espenmiller-McGraw – each of whom are battling injuries.

Iowa State will travel home following the loss to face Longwood at noon on Sunday at Hilton Coliseum. Its part of a doubleheader with Iowa State Wrestling that will kick off Cy-Hawk week before the women face Iowa at home on Wednesday.

For now, though, it will be three nights of waiting to get back on the floor. 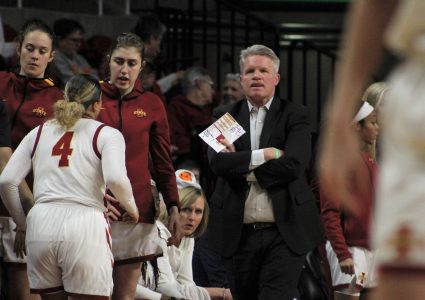