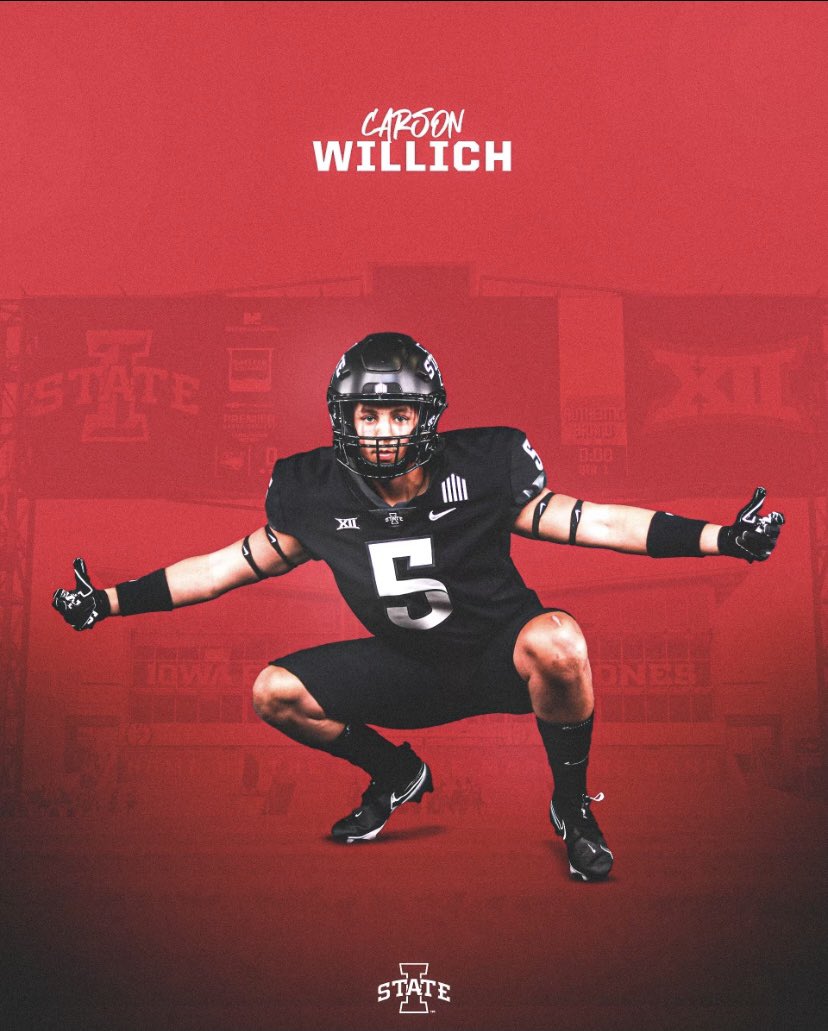 Less than a week ago, Mike Rose played his final game at Jack Trice Stadium after a four-year career that saw him stuff the stat sheet on a weekly basis and earn just about every award available to him.

One commit to the Cyclones’ 2022 recruiting class hopes to follow in his footsteps and will be one of the signings to a historic Iowa State class on December 15.

“I’ve been watching a ton of film on (Rose),” linebacker Carson Willich said. “I was actually just looking at a season highlight tape of his. We’ve discussed me playing that same linebacker spot that he played. It’s cool kind of seeing him pick up stuff on the defensive side the way he does.”

Iowa State’s 2022 class was bumped up to No. 19 nationally when 247Sports released its updated class rankings on Tuesday, which sets the Cyclones up to sign their first top-30 (and potentially top-25) class in program history.

It is currently considered the No. 3 class in the Big 12.

For reference, Iowa State’s 2021 class ranked No. 46 nationally and was the eighth highest in the conference.

“No, that’s sweet,” Willich said. “I thought we were at 24 and then I saw Greg Gaines and R Mason (Thomas) got upgraded (by 247 Sports) today. It’s cool, I mean stars can mean one thing, but once you actually get into a locker room and see what you’ve got, it gets real.”

Willich, a 6-2 200-pound linebacker, will come to Iowa State out of Blue Springs, Missouri.

He’s rated as a 3-Star player and had offers from Kansas State, Kansas, Army and Liberty before committing to Iowa State.

Willich doesn’t take star ratings into account and noted that Iowa State coach Matt Campbell doesn’t either. That’s obvious when listening to Campbell speak on the ‘five-Star culture’ he’s established in Ames and it’s a big part of what drew the linebacker to the school.

The Blue Springs High School commit will come to Iowa State with a teammate of his in Ikenna Ezeogu – an edge rusher that earned first-team all-conference honors during his senior season.

They’re the only pair of teammates in the class thus far.

“Ike is an athletic freak,” Willich said. “He moves really well in open space, plays fast. He kind of reminds me of Will McDonald. He plays like that.”

Blue Springs has produced four NFL players in the past decade.

Willich and his teammate coming to Ames have big dreams for themselves, trying to make that number grow larger.

He’ll try and compete the same way Rose has in an Iowa State uniform and it will start when he signs with the program in two weeks. 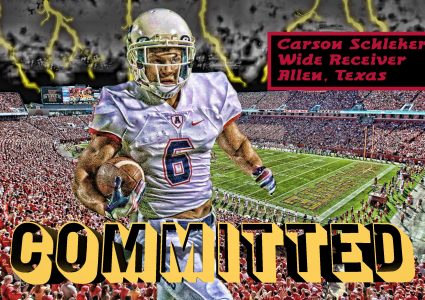