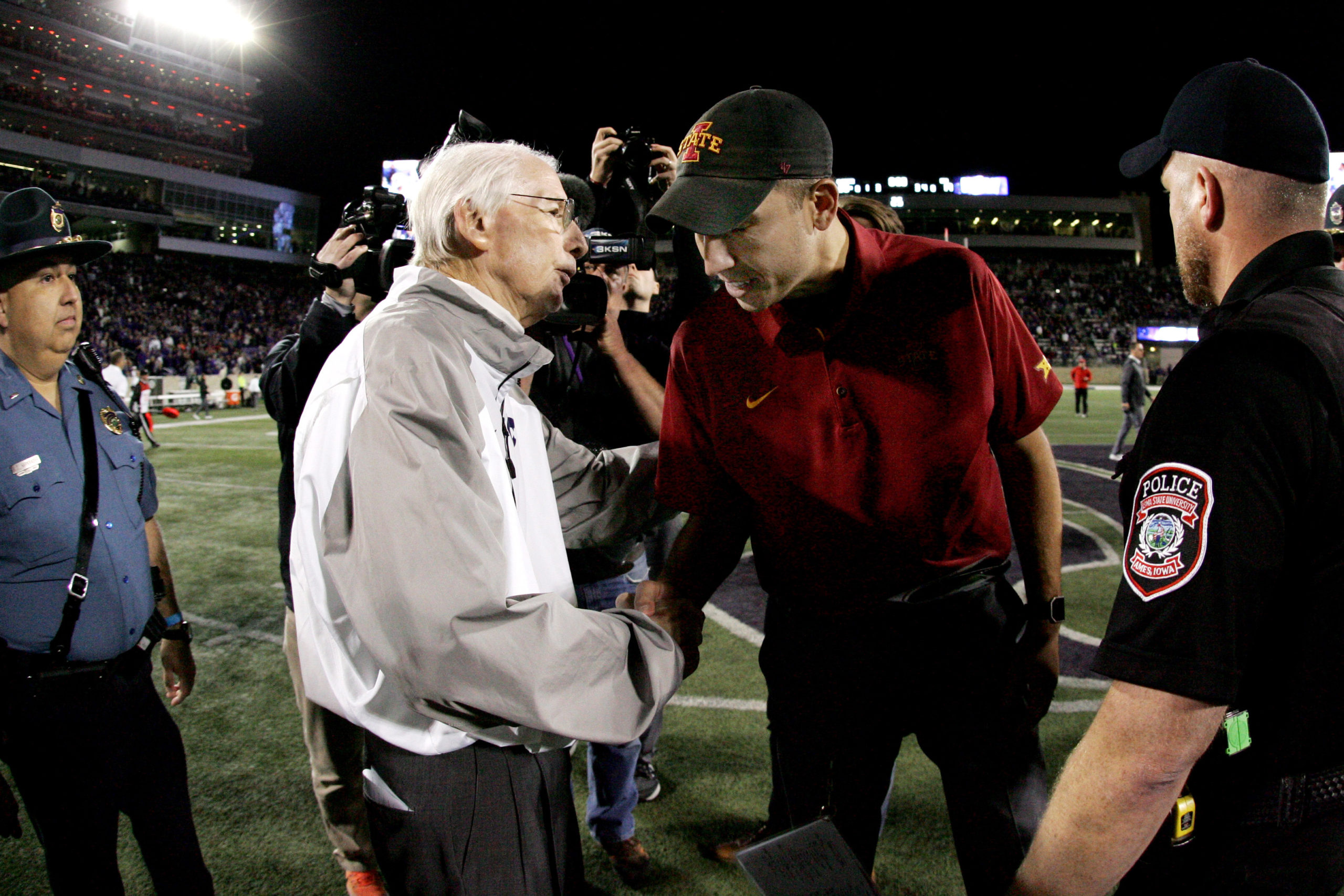 Those are just three of the words I wrote to help describe Iowa State’s dispiriting, flag-framed 20-19 loss at Kansas State in 2017.

How that loss happened illustrates perfectly, if painfully, why the Wildcats haven’t lost a home game to the Cyclones since 2004.

As usual, Cyclones head coach Matt Campbell used it as a learning point during a culture-defining season. ISU won eight games for the first time in 17 seasons and went on to beat a top-20 Memphis team on its own turf at the Liberty Bowl.

But that game, man … another phrase I used to describe it was “rage-inducing.”

Campbell, on the contrary, sat in the little room K-State made available for the opposing team and media that night calm and composed, already seeking solutions in the oft-referenced realm known as “controlling the controllable.”

“I think, again, I’m still 42 years old,” said Campbell, whose team (3-2, 1-1) seeks to end a seven-game road skid against the Wildcats (3-2, 0-2) Saturday at 6:30 p.m. in Manhattan. “It’s not like I have all the answers, but I do think I’ve got the ability to learn from past mistakes. And even in that game, yeah there are some things you could put blame on others, but I think unless you take what you didn’t do well yourself that could have not put it in the hands of others, then I think you’re mistaken. I think I’ve learned that along the way in coaching. Boy, it’s really easy to point the finger at other people, but you’d better point the finger at yourself first and figure out what you could have done better, or what we could have done better to manage the situation. I think that game is defining because there are some things in that game we could have done better to not put it in the hands of those calls.”

Those hard-earned lessons have continued to come. ISU can point to four turnovers in the 27-17 loss against Iowa, and a pair of special teams breakdowns that led to the 31-29 setback at Baylor.

So Cyclones are once again at a crossroads — and that’s usually when they’ve performed their best during this unprecedented four-plus season string of success.

“I think we continue to learn and grow and to be honest with you, there’s been times this season that you could say, man, maybe there’s a couple of things as hindsight is 20-20, should you have done that better? Could you have done that better?” Campbell said. “Again, you continue to try to stack those things, not make the same mistakes twice and allow yourself to grow.”

***Wildcats return man/receiver Malik Knowles leads the nation with a 39.3 yards per return average. He’s also scored two touchdowns. Oh, and not-so-fun fact: K-State averaged 37.7 yards per kick return in its 2019 home win over the Cyclones — and returned that game’s opening kick for a touchdown. So ISU placekicker Andrew Mevis’s mission is clear.

“Ultimately, I want to kick touchbacks,” Mevis said. “Not even give the returner a chance. That’s what I’m going for.”

***K-State’s Thompson will play his fourth game against the Cyclones after missing last season’s 45-0 drubbing because of a knee injury. He’s 2-1 against ISU, but starred down the stretch in the 2017 game, scrambling to bide time before completing a touchdown pass in the closing moments. So he’s a problem. Let Campbell explain.

“He’s one of the best leaders that I’ve seen in our conference and he’s one of the best football players that I’ve seen in this conference,” Campbell said. “I think he’s going to pose a great challenge to our football team. He’s really confident with the ball in his hands and that coaching staff — no matter which coaching staff has coached him — have been very confident in putting the ball in his hand to make great decisions to win the game. I have the utmost respect for him as a competitor and we know it’ll be a great challenge. He gives his team every opportunity to win the football game.”

***ISU counters, of course, with Brock Purdy at quarterback. He completed touchdown passes to Joe Scates, Charlie Kolar and Xavier Hutchinson in last season’s win and has connected for eight touchdowns to just one interception in his past three games. He’s also 10-2 in October as the Cyclones’ starting quarterback, so he’s generally at his best in the month that’s been jocularly renamed “Brocktober.” Unsurprisingly, Kolar’s been a big driver for October success, as well. The All-American tight end has notched 11 of his positional program-record 19 touchdown grabs in this month.

“Experience always helps,” said Kolar, whose been catching touchdowns from Purdy since 2018. “But at the end of the day, you have to produce.”

No matter how many picked-up flags go against you. No matter how many special teams mistakes you make. No excuses. The only thing that matters is the response — and since 2017, the Cyclones have proven to be remarkably adept at turning past stumbling blocks into platforms for success.

“It brings people together,” All-American linebacker Mike Rose said of adversity, whether self-inflicted or otherwise. “It shows who you are as a person and as a team. And I think we did a good job of that already this year. We’ve been in the situation a lot. It’s life. No matter how hard it gets, you’ve just gotta keep going.” 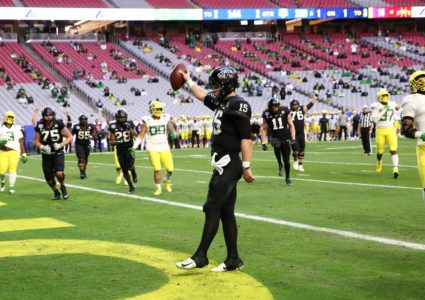 From the CW Pod: Matt Campbell on ISU football’s historic (and “bizarre”) 2020 season 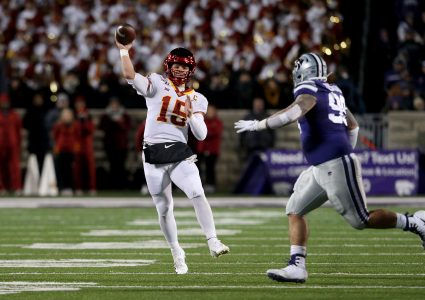