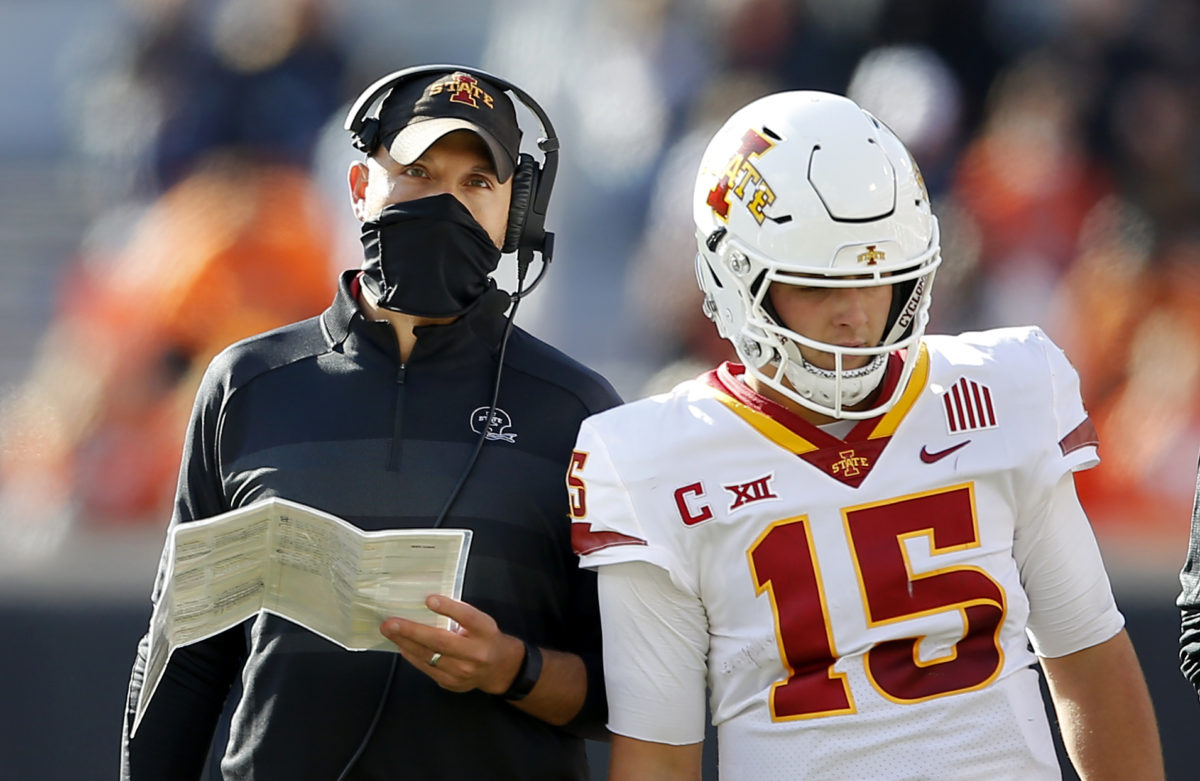 Video of his seemingly out of the nowhere, but internally utterly predictable smashing debut in 2018 at Oklahoma State begins flashing before his eyes.

He tries to remember the sights, sounds and emotions he felt while sparking that mammoth 48-42 comeback win — this beginning his record-setting career as Iowa State’s quarterback.

It is, of course, a fond memory, but it’s much more than that.

“Every once in a while I go back and just watch that game to remind myself like, ‘Hey, this is who I am,” said Purdy, who will face the No. 8 Cowboys for the fourth time in Saturday’s 2:30 p.m. (FOX) Big 12 matchup at Jack Trice Stadium. “I’m a competitor. I go out there and do whatever I can to help my team win.”

He recalls what his emergence meant to ISU’s fans, but most of all, he tries to reconnect with that first-time feeling of competitive joy at this level, where anything is possible, and stress comes in the form of boundless nervous energy, not stratospheric expectations and the accompanying baggage.

“When I watch it I just go, ‘Man, I had so much fire and passion for the game,’” Purdy said. “And sometimes I get lost, throughout my career I’ve gotten lost in games where it’s like, ‘All right, I’m doing so much to not mess up,’ where in that game it was like, ‘Hey, I’m gonna give everything I’ve got for my team,’ and I didn’t have any ounce of doubt or anything (like that) in me. So I feel like going back and watching that game it does remind myself that, ‘Hey, this is who I am as a player,’ and it gives me confidence moving forward, too.”

Fast forward to today. Purdy will continue prepping for what is likely his last meeting with Oklahoma State. It’s the only Big 12 team he has not beaten at home in his record-breaking ISU career — and that matters to Purdy, just not in the way you might think.

“We’re not freaking out about anything,” said Purdy, who has thrown nine touchdowns to one interception in his past four games. “It’s another game. We have to continue to win every single (remaining) game that we play to be where we want to be at the end of the year. That’s how we’re handling that.”

Transfer running back Jaylen Warren rushed for 118 of his game-high 193 yards in the fourth quarter of Okie State’s 32-24 comeback win at Texas. Quarterback Spencer Sanders remains dangerous despite a mediocre touchdown-to-interception ratio (8 to 7). The Cowboys’ defense leads the Big 12 in sacks (tied with Oklahoma with 19) and ranks second to ISU in the league in total defense. They also rank second to Kansas State in kick returns, averaging 31.7 yards per return, so suffice it to say, a complete team will be lined up against the Cyclones on all three phases on Saturday.

“A really talented team,” ISU head coach Matt Campbell said. “A team that’s playing really good football and it certainly is gonna be a great challenge for us.”

But that challenge, Campbell stressed, always starts with “us,” not “them.” So, however “big” this game may be, it all boils down to the ultimate weekly question: Who can weather the storms, both large and small? Who can draw on their past experiences to turn in-the-moment crucibles into platforms for growth rather than regression?

“As much as we want to be perfect — and I can sit here and talk until I’m blue in the face about winning in the margins, but the reality is bad things are going to happen,” Campbell said. “It’s college football. Bad things are going to happen. But can you respond to that and do you have enough courage to respond to it? Do you have enough guys who won’t get rattled when things do go wrong? That to me has been the biggest difference as we’ve grown. I’ve seen us be able to steady the ship and I’ve seen our confidence grow. I know that things will go wrong and we have the ability to overcome it and that guys have the ability to stand up and make the plays that are needed to overcome it. That, as much as anything, has been really rewarding to see our guys really buy into that.”

No one has done so more than Brock Purdy.

“Just how cool he is,” ISU standout tailback Breece Hall said when asked recently what about his quarterback impresses him the most. “Brock’s been through it all; the ups and the downs.”

Mostly ups. Purdy went from the potential star in waiting to a true freshman leader in a flash that day three years ago in Stillwater. He’s never shied away from that. He’s embraced it — and now, entering Saturday with a staggering 13-1 record in Big 12 games at home, he’s back at it.

“Obviously they’re a good opponent,” Purdy said. “Every single year it’s always going to be a battle with them. They match up well against us and bottom line is they’re a really tough team. Their offense is tough and their defense — they bring it for four quarters. So they’ve been a challenge for us the past couple years in October and it’s gonna come down to being a close game probably. Every time we play them it’s gonna come down to a couple drives or possessions, really. That’s just how it’s been and, really, whoever capitalizes in those crucial moments is really the team that wins. It’s no secret.”

Nor is Purdy’s resiliency. That’s his trademark. His game is never frozen in time — nor within a blurred frame of inspiring old video. It evolves. He evolves. Ultimately it’s the coming attractions that matter the most.

“There’s a lot of starts Brock has been able to play and see different things, and he’s gonna see a lot of different things this week again,” Campbell said. “This is, I think, one of the credits to Oklahoma State is they’re so multiple and they give you so many variations in their look. That can be a real challenge to the quarterback, so I just think that those are things that you hope a fourth-year senior that’s started a lot of football games, the evolution in him starts to find consistency in those areas.” 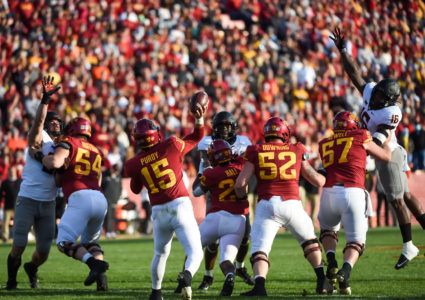 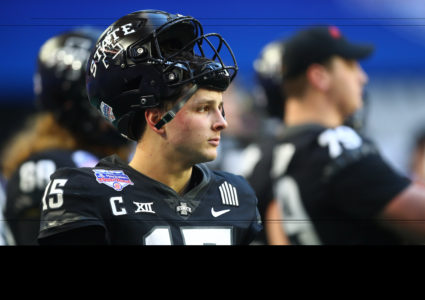 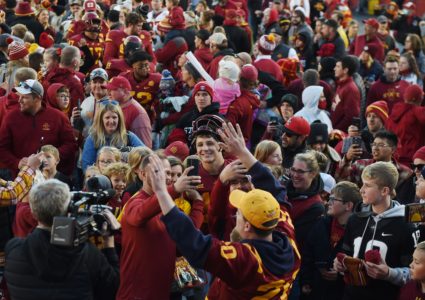 NOTEBOOK: Inside ISU’s final stop — and tense review — in Saturdays 24-21 win over Oklahoma State and more