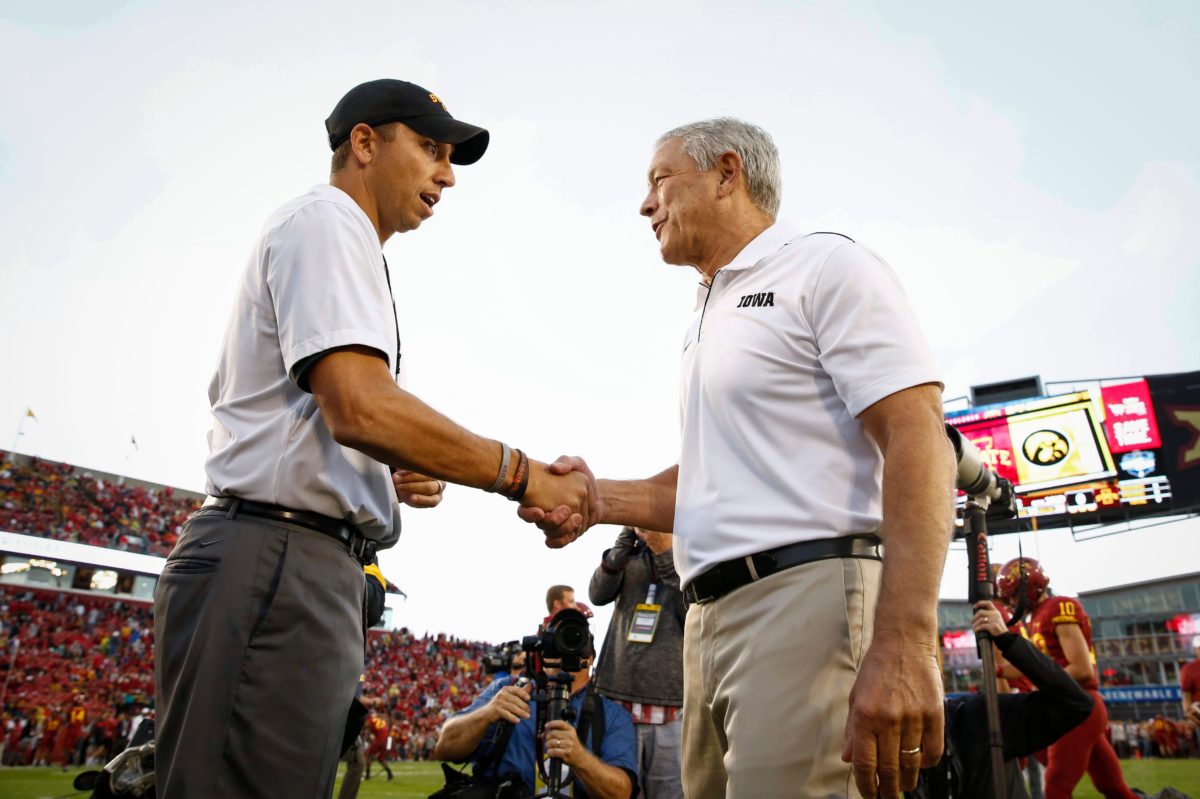 But when the No. 9 Cyclones and No. 10 Hawkeyes kickoff around 3:30 p.m. Saturday in the first top-ten matchup between the schools, the ESPN College GameDay crew will have come and went.

The highly-anticpated game itself will finally take center stage, but not without a somber underlying tone created by the 20th Anniversary of the Sept. 11 attacks on our nation.

“It was my junior year at Mount Union,” ISU head coach Matt Campbell recalled. “It was a Tuesday. We watched film and there was an hour and a half block at Mount Union where there was a study period during the day. We had a defensive film session and I was in our defensive coordinators office. I say this because I relate to this in not the same way but a similar way to COVID last year. That was the first time in my life where I felt like the freedom that I probably took for granted became a challenge. You’re in such a unique time in your life as a college junior and there’s a lot of emotion for the first time in regard to, ‘What are you about? What do you stand for?’ You watched our country respond and rally. That was a powerful time in my life and a powerful experience. Luckily we had a great head coach that guided us through it. We actually played that Saturday and I know a lot of teams did not. From my end, it was a growth time in my life that informed who I wanted to become and what I wanted to stand for.”

Campbell said tight end Charlie Kolar and linebacker O’Rien Vance both practiced on Monday, but receiver Sean Shaw will likely be out again against Iowa.

Kolar (ankle) sat out Saturday’s season opener against UNI. Vance had a sack before a hamstring issue sidelined him in week one.

“I feel really confident about where we are with all three of those,” Campbell said. “O’Rien and Charlie both practiced on Monday, which was great. Sean I think is still week-to-week. I don’t think he’ll be back this week and I think it’ll still be a little bit of time before we get Sean back.”

Iowa State’s star running back, Breece Hall, was banged up somewhat late in fall camp, but said the workload he shouldered in Saturday’s tense 16-10 win over Northern Iowa has helped him find a better rhythm.

“I feel like game one was real good for me,” said Hall, who rushed 23 times for 69 yards and a touchdown in the season-opening win. “To play all those snaps and kind of get back into condition, get back into shape. I’m just excited for week two.”

Hall has scored at least one rushing touchdown in 13 consecutive games and after the game said he missed a couple reads, which prevented his numbers from being better.

He wasn’t alone, though.

The entire offense will need to smoothly execute much more smoothly in order to gain any traction in the run game against Iowa, which typically boasts one of the country’s better run defenses — as has Iowa State in recent years.

“If you know us, you know we always want to run the football,” Campbell said. “Did we run as efficiently as we wanted to last Saturday? We didn’t. Can we be better and must we be better? Yes. Those are areas we’ll continue to work on and put ourselves in a position to be the best we can be. The great thing about what we do offensively is we’re going to adjust — whether it’s in-game or game-to-game — to put ourselves in the best position to win. We had to change our mindset somewhere around the third quarter last week on how we were going to win that game. That’s where having a veteran staff comes into play. We’re able to take the ego out of it and figure out how to win games. We’ll have to do the same thing this coming Saturday.”

Iowa quarterback Spencer Petras didn’t put up big numbers (13-27, 145 yards) in the Hawkeyes’ 34-6 dismantling of then-No. 18 Indiana, but that matters little in Campbell’s general estimate of his broad skill set.

“He provides a great challenge because he’s very similar, in my opinion, to some of the great quarterbacks we’ve seen from them,” Campbell said. “He’s big. He’s strong. He’s got the ability to make all the throws, in my opinion — and there’s a really good athleticism about him. So I think just when you think you want to do this, the awareness has to be it’s still got to be disciplined defense, because he’s so athletic. … He can put you in compromising positions. So I think equally of how do you affect him, (and) how do you not let him beat you the entire game? I think that will be really big from our end.” 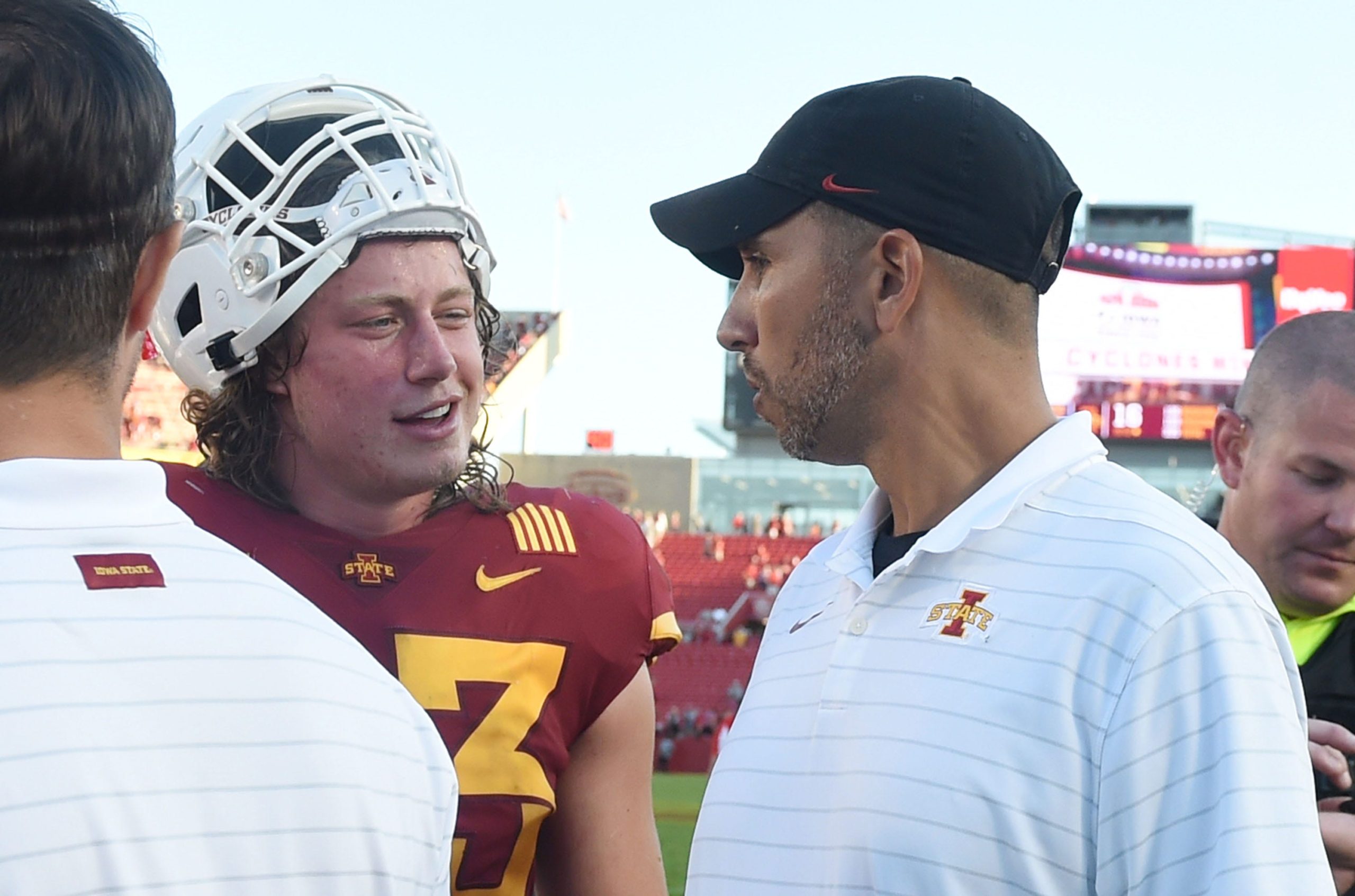 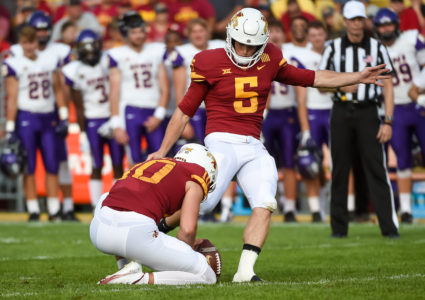