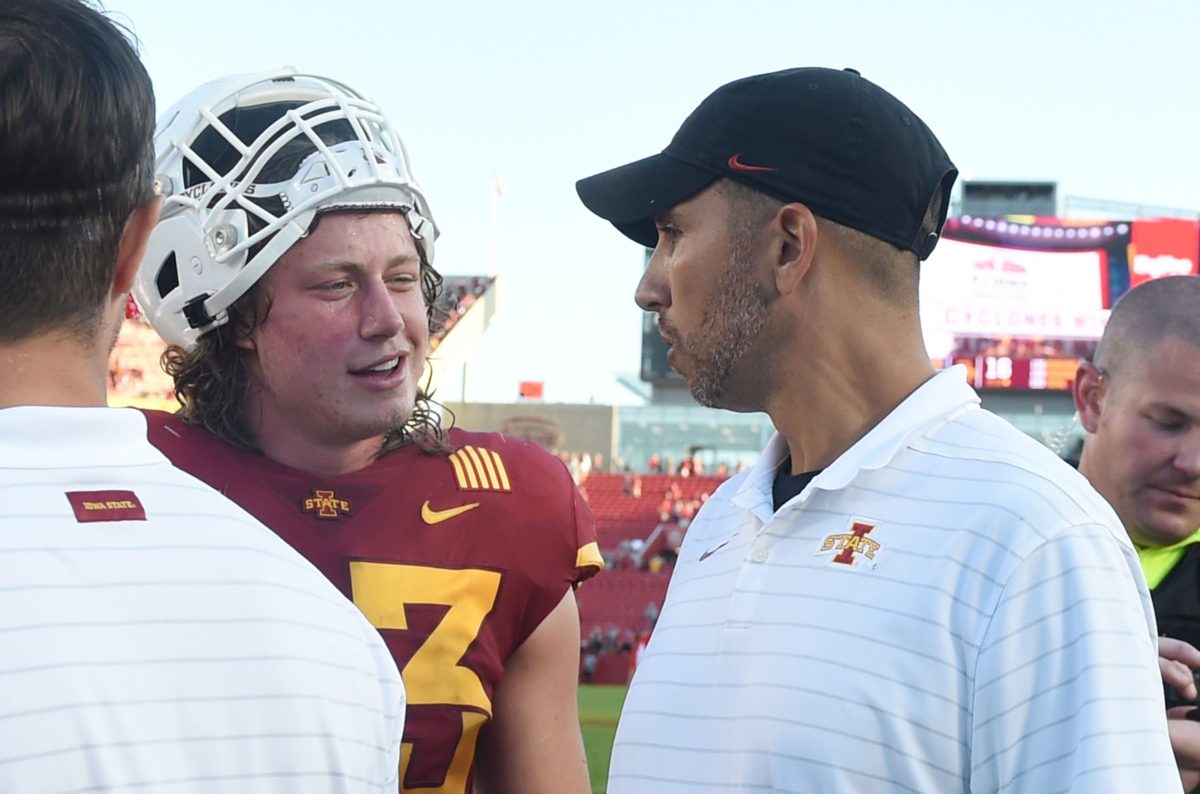 These three words may best describe the basis of Iowa State’s burgeoning success under head coach Matt Campbell — and don’t expect that grit-based formula to change anytime soon, if ever.

Especially when it comes to Saturday’s 3:30 p.m. Cy-Hawk matchup (ABC) between the ninth-ranked Cyclones and No. 10 Iowa at Jack Trice Stadium.

Campbell’s made peace (sort of) with the fact that winning or losing at Iowa State won’t come with many blowouts attached. That’s Iowa State football — and adjusting to that has been a process for a guy whose playing days at Division III Mount Union between 1999 and 2002 produced 54 wins, one loss, and three national titles.

“Coming from Mount Union, I’ll be really honest with you, it’s taken a lot,” said Campbell, whose Cyclones seek to end a five-game skid against the Hawkeyes. “But I feel like this — I said this on the radio show (Monday), my wife chuckled on Saturday. She’s like,’ Man, is this ever gonna …’ I said, ‘No’ — before it even got out of her mouth. It’s the style we play at times. It’s what we do. But I’ll be honest with you, not only myself, but I think our kids have really understood that, man, (with) the style we play here, there’s going to be times where games are going to be critical in the fourth quarter. It’s how you respond. Football’s a game of imperfect things — and your ability to adapt to those and keep your poise is huge. That was one thing I was really proud of our football game ( in the 16-10 season-opening win over Northern Iowa). I think our football team never flinched or lost their poise on Saturday, which is awesome.”

Iowa (1-0) will put that precision-rooted formula to a stern test this weekend as it seeks to win its sixth straight game in the series. But ISU (1-0) is built for such crucibles because, as Hawkeyes coach Kirk Ferentz told reporters this week, “they believe in playing defense.”

Case in point, this stat: In the second halves of the past six games, the Cyclones have allowed just 16 points. That’s a mere 2.6 points after halftime. Unsurprisingly, ISU won five of those six games. The lone loss? A 27-21 squeaker to Oklahoma in the Big 12 title game. The main reason? Two costly turnovers in the first half that put the Cyclones down 24-7 at the break.

Still, that defense both Iowa and ISU “believe in” kicked in and gave the Cyclones a chance until the end.

“I think the biggest thing is the ability to make adjustments,” Campbell said of his defense’s second-half stinginess. “Great defenses know how they have the ability to make adjustments to put themselves in a position to stop maybe whatever’s going on. That’s part of football. Offenses are really good today and they’re gonna have a plan. What’s that plan and then how to you make the adjustments to put yourself in a position to be successful? And, again, that’s where having — and not just (defensive coordinator Jon) Heacock, but you’ve got (linebackers coach) Tyson Veidt, you’ve got (defensive line coach) Eli Rasheed, you’ve got (secondary coach) Matt Caponi, to be able to have that continuity and consistency and to be able to communicate within a football game; know where the areas and the issues lie and be able to come up with the answer. That’s been incredible. They do a tremendous job and the communication on that side of the ball is outstanding.”

Second-half success on defense has fueled improved results in one-score games. The Cyclones were 1-3 in games decide by seven or fewer points in Campbell’s first season, but 12-12 since. That’s not amazing, but it’s pretty good. Iowa, coincidentally, is 10-10 in one-score games in the same span.

“Even last weekend, it was fourth and four and I liked the idea of going for the field goal and just making it harder for them to get in the end zone,” ISU All-American linebacker Mike Rose said about the defense being at its best when games are tight. “But yeah, one-score games, our defense, we approach it as every time we go out there, that’s what it is. Even if it’s a two-score game. Football is a crazy sport, stuff can happen like that. So you’re always on your toes. Maybe a little bit more when the game’s on the line and it’s a one-score game, but we’ve done a good job of that, I’d say, last Saturday and last year of treating every series as super important.”

That’s rarely more true than it will be this Saturday. Two of Iowa’s last three wins in the series have come by a combined four points and it’s unlikely that either team will allow yards or points to come remotely easily.

So it’s Brock Purdy and Breece Hall and company versus Iowa’s stringent defense.

And it’s Spencer Petras and Tyler Goodson and company seeking to pierce the Cyclones’ elite ‘D.’

Something will give. Barely. Both teams are built for that, even though many fans’ nervous systems are not.

““As in any rivalry football game, the number one thing is it means something,” Campbell said. “There’s always a higher level of energy. Any rivalry game — and especially this one — the energy is high. It’s about who, in the moment, can fundamentally focus on their detail. If you look at us in this game, there have been times that we’ve played well, and then in some of the critical moments, we haven’t been able to execute and they have. It’s certainly an incredible rivalry and one you want to be a part of.” 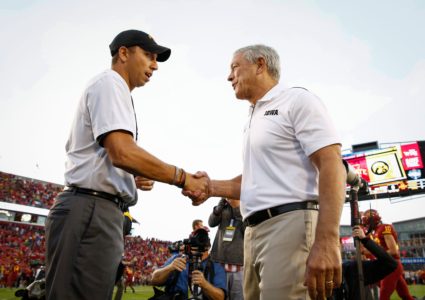 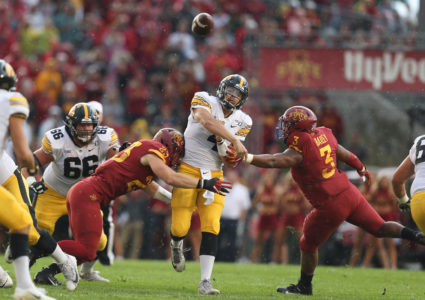