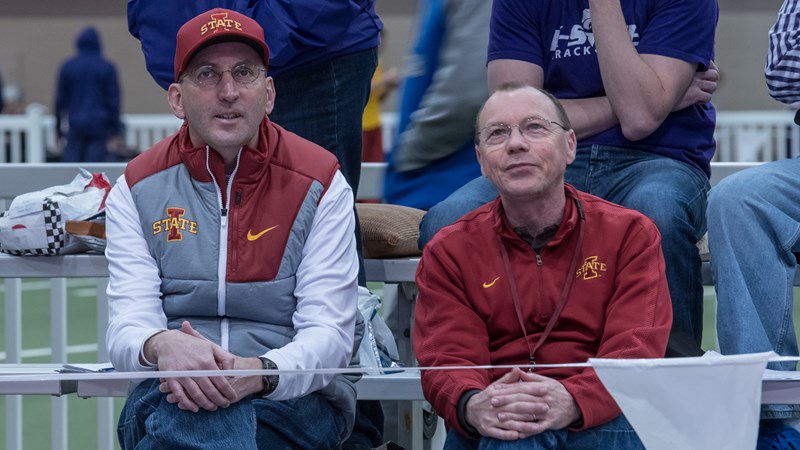 “Jeremy is the perfect person to assume the directorship of our track & field and cross country programs as we continue to build on our positive momentum,” Pollard said. “He has recruited and trained some of our most outstanding individuals and was instrumental in our programs becoming highly successful at the national level. As a long-time assistant at Iowa State, he is familiar with our current team, incoming recruits, the Big 12 and campus. It will be a seamless transition and I’m excited to see where he takes our women’s and men’s programs.”

Sudbury has served as an assistant coach at Iowa State since 2013, leading a decorated group of student-athletes to historic accomplishments and record-breaking performances. His abilities are evident, helping Cyclone runners reach pinnacles of their craft in both track and cross country.

His work has paid dividends for Iowa State, as the program has taken home four Big 12 team titles during Sudbury’s tenure. The ISU men have run to four-straight top-10 finishes at the NCAA Cross Country Championships.

“I am extremely excited about the opportunity that Jamie Pollard and Calli Sanders have given my family and I,” Sudbury said. “I am also thankful to Martin Smith for his mentorship, as it has prepared me for this position. I am confident the transition will be seamless and my staff and I will be able to build off the successes we have had the past eight years. The resources and support at ISU are incredible for the track and field program to be positioned as a Big 12 and national contender. I am committed to make my vision for our current and future student-athletes a reality.”

Sudbury was a 2020 and 2021 USTFCCCA National Finalist for Assistant Coach of the Year. No better examples of Sudbury’s coaching acumen can be found than his work with Edwin Kurgat and Wesley Kiptoo.

In Kiptoo, Sudbury has mentored one of the strongest and most versatile runners in the nation. In 2020-21, Sudbury coached Kiptoo to a program-record six Big 12 titles. Kiptoo became the first male in Big 12 history to win three individual titles at a single conference outdoor championships, which he did with meet records in all three events: 3,000m steeplechase, 5,000m and 10,000m. Kiptoo also took home an NCAA indoor national title (5,000m), earned four All-America honors and set five school records in 2021.

Under Sudbury’s watch, Iowa State’s 800m group has also consistently been one of the best in the nation, and 2021 was no different. The Cyclone men’s 800m group was No. 1 in the outdoors USTFCCCA Event Squad Rankings with three competitors (Jason Gomez, Festus Lagat and Alex Lomong) earning bids to the NCAA Outdoor Championships. Lagat has been a star pupil for Sudbury, earning five All-America honors in his career, topped with his third-place effort at the 2019 NCAA Outdoor Championships in a school record 1:45.05.

Sudbury also helped mentor Daniel Nixon, whose season culminated in a phenomenal showing at the U.S. Olympic Trials. Nixon advanced to the finals, and put together perhaps the best run of his career, clocking a 1:45.56 – the second-fastest time in program history – while finishing seventh overall.

Sudbury first Cyclone star was Edward Kemboi, who swept the 2015 NCAA Indoor and Outdoor Titles in the 800-meter run. Kemboi collected six All-America honors and seven Big 12 titles during his time as a Cyclone.

Sudbury has shown an elite ability to identify and coach student-athletes coming from a variety of backgrounds, whether that be directly from high school (All-Americans Roshon Roomes, Cebastian Gentil and Joe Schaefer), through the JUCO route (All-Americans Kiptoo, Lagat and David Too), moving up a Division (Gomez joined ISU from Division II Notre Dame de Namur) or through transfers to Iowa State (Daniel Everett, Kurgat, Lomong and Nixon).

Prior to his Iowa State tenure, Sudbury was the assistant coach of the men’s distance runners at the University of Oklahoma, while also overseeing recruiting operations for the Sooners.

The native of Las Vegas graduated from Oklahoma (2009-12) and was a two-time All-Big 12 performer on the track. He also helped lead the Sooners to sixth (2011) and 12th (2009) place finishes at the NCAA Cross Country Championships.

Sudbury, a 4.0 student in Leadership and Communication at OU, was named the 2010 Big 12 Track and Field Scholar-Athlete of the Year.

Prior to running for the Sooners, Sudbury attended Paradise Valley Community College, where he garnered NJCAA All-America honors five times and helped guide the Pumas to the 2008 NJCAA national title.

Sudbury is married to Maria Sudbury. The couple welcomed their first child, Jack, in December 2020. 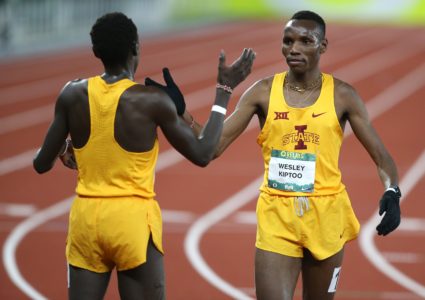