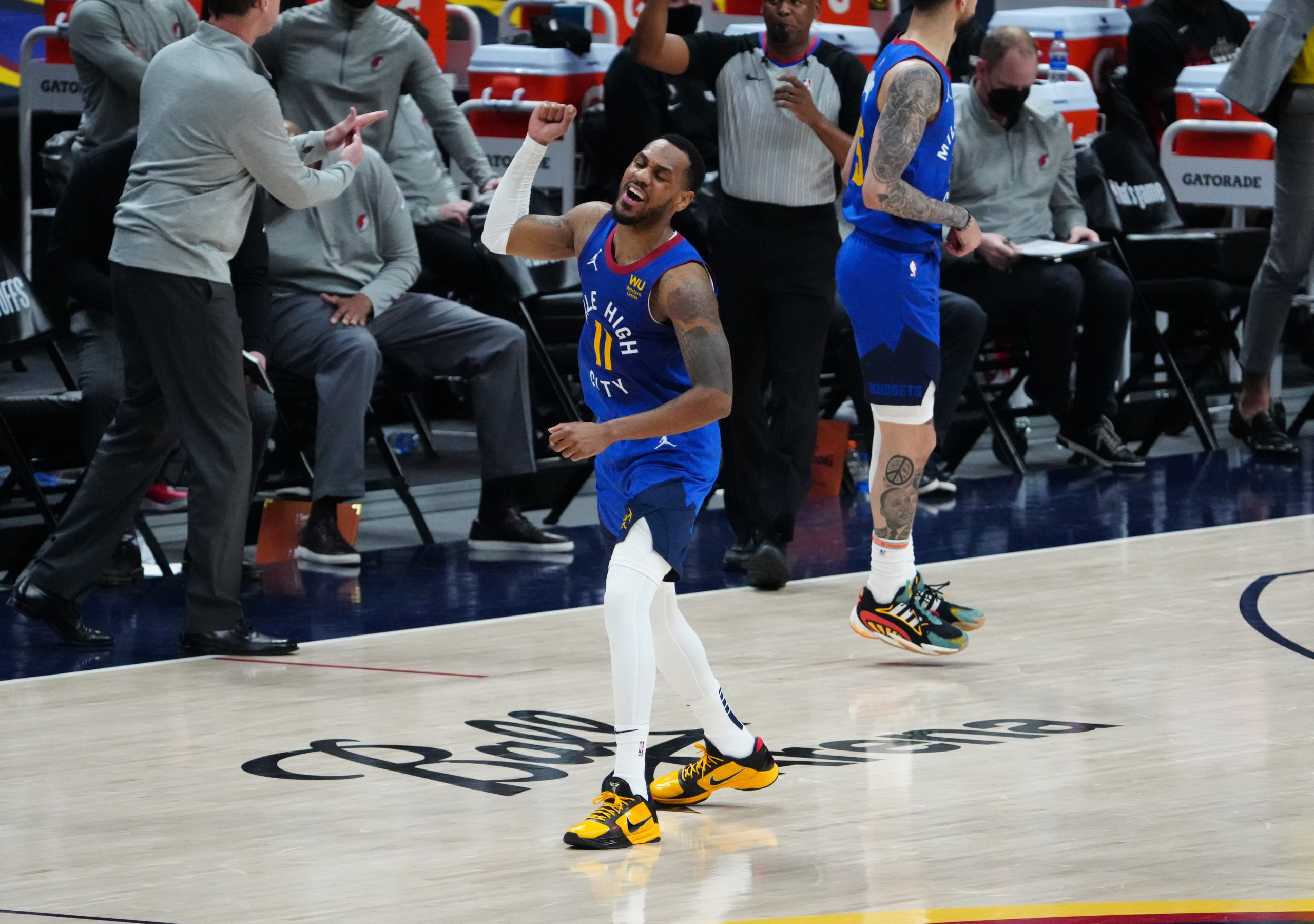 Jun 1, 2021; Denver, Colorado, USA; Denver Nuggets guard Monte Morris (11) reacts to a score in the fourth quarter against the Portland Trail Blazers during game five in the first round of the 2021 NBA Playoffs. at Ball Arena. Mandatory Credit: Ron Chenoy-USA TODAY Sports

Let me start your week by stating a fact that might surprise you — or at least will make you feel old.

Nine years ago tomorrow, June 8, Iowa State hosted a young point guard from Flint, Mich., on an unofficial visit. The Beecher High star’s recruiting profile had risen in the months before his visit, but his offer list was far from expansive.

Nope, Monte Morris arrived in Ames on that June day in 2012 with only four Power 5 offers in hand — Boston College, Georgia Tech, Arizona State and, of course, Iowa State.

Almost three weeks after his visit, Morris pulled the trigger and committed to Fred Hoiberg and the Cyclones. We all know what happened next, but I’ll take this time to remind everyone anyway.

Morris became one of the steadiest point guards in college basketball almost immediately, setting an NCAA record for assist-to-turnover ratio as a freshman. He nearly broke that record the following year and again the year after that.

Oregon’s Casey Benson broke Morris’ single-season record in 2016, so, of course, Morris had to turn around and shatter it completely as a senior in 2017.

By 2017, Morris was one of the best point guards in all of college basketball. He left as the NCAA’s all-time career leader in the aforementioned assist-to-turnover statistic. He remains Iowa State’s all-time leader in assists and steals, too.

To this day, only 11 players have recorded more collegiate minutes than Monte Morris. That’s 11 total in all of college basketball. None of those 11 came from Big 12 schools.

Nobody at Iowa State has played in more games than Morris, started more games consecutively or participated in more Cyclone victories.

Morris’ collegiate career offensive rating is higher than any Big 12 player in the last 11 years. The four guys behind him, Phil Forte, Dean Wade, Perry Ellis and Frank Mason, combine for five first-team All-Big 12 nods and one consensus national player of the year honor.

Only eight players in the NCAA since 2009-10 have higher career offensive ratings than Morris. The list of names not far behind him includes Doug McDermott, Luka Garza, Corey Kispert and Damian Lillard.

That’s two national players of the year, a consensus All-American and Lillard, who since starring at Weber State has become one of the best scorers on the planet and just so happened to be on the short end of the greatest game Monte Morris had ever played last week.

Like most Iowa Staters, every time I see Morris on TV, I beam with pride. He’s one of us, someone we watched grow up from when he arrived in Ames as a skinny kid destined to redshirt behind DeAndre Kane, then eventually left as the best statistical point guard ever to wear a Cyclone uniform.

Yet Dedes went on to say Morris had a “just okay” college career. I had to rewind it twice to make sure I didn’t imagine it, but it happened, and I’m still somewhat blown away by it.

If everything I detailed above here is just okay, then I hope Tyrese Hunter can clear that bar by having a pretty good career. It would certainly make the next few winters in Ames much more fun than the last few if he could.

But, we know asking that of anyone would be insane because Monte Morris as a collegiate player was insane. He was one of the best point guards I’ve ever seen at the college level night in and night out for four years.

No moment was too bright. No shot was too big. There’s a reason we still call him Big Game, you know.

Obviously, I know Monte probably never heard what Dedes said about his college career on the television broadcast. Still, I like to think everything he did after that in last week’s game five win over Portland was a big middle finger to everyone who thought he couldn’t do what he’s doing now.

Everything he did in the closeout game six with 22 points, nine assists, three steals and (gasp) one turnover was like a D-Generation X crotch chop to the haters (except without the pyrotechnics, although Denver should consider that moving forward).

In the last two games of this first-round series win over Portland, there’s an argument to be made that Morris was Denver’s second-best player. He was a perfect compliment to soon-to-be MVP Nikola Jokic and his out-of-this-world ability to do basically everything on a basketball floor.

There’s an argument to be made that Morris signed a three-year, $28 million extension with the Nuggets too early. It’s hard to think he won’t outperform that contract over the next several seasons even once Jamal Murray comes back and his young core continues to grow together towards being one of the Western Conference’s best teams.

Prognosticators will try to say Morris can’t come close to sustaining his play at the level displayed against Lillard’s Blazers in Denver’s Western Conference semifinal series with Phoenix, which starts tonight at 9 p.m. central time on TNT.

The doubters are walking a slippery slope, though.

Those of us in Cyclone country have learned a lot in the last eight years, 11 months and 30 days, and never to doubt Monte Morris might be one of the biggest lessons of them all.

While folks on the outside might remember Morris’ time at Iowa State as just okay, we remember it for what it was, and that’s why none of us are surprised to see Big Game do big things in big games.

That’s what the great ones do. 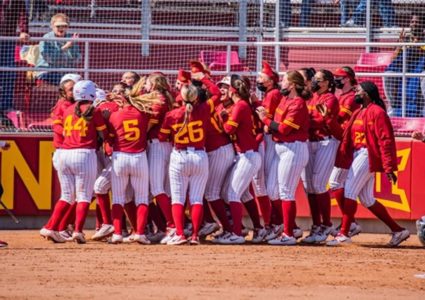