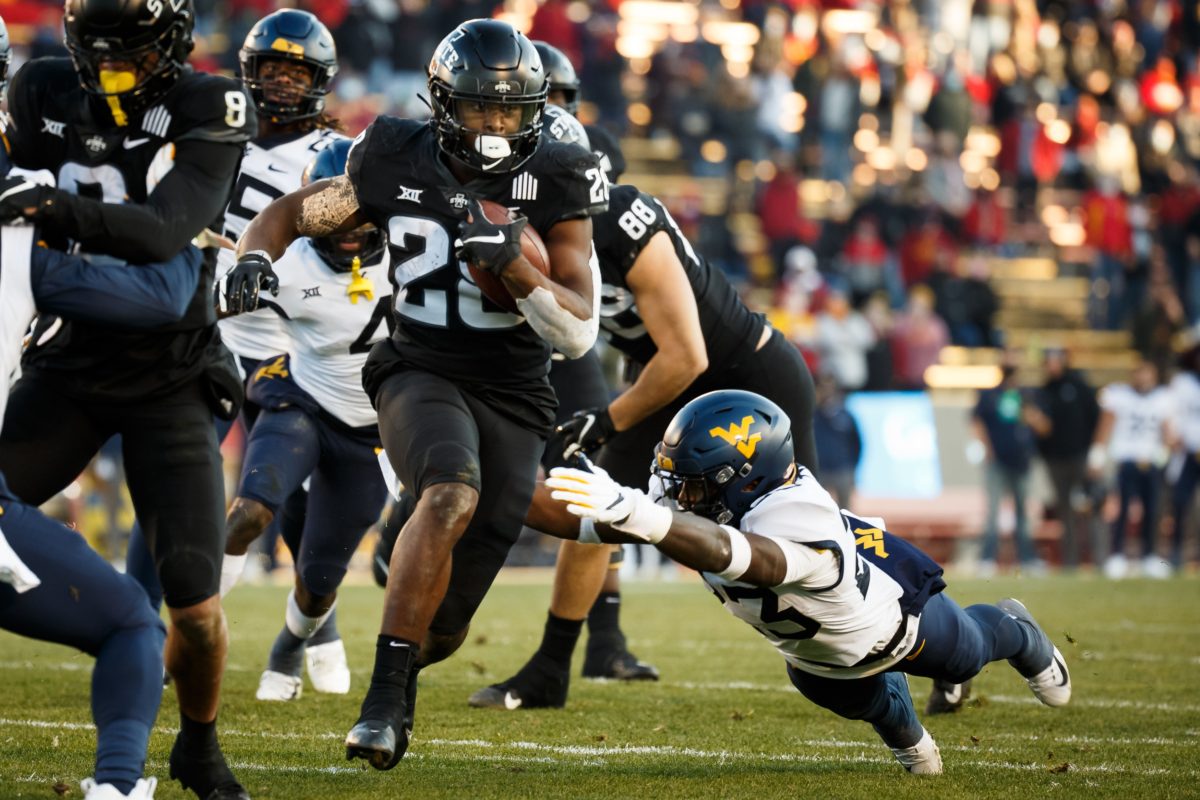 Finally got my hands on the 2021 Athlon Sports College Football Preview magazine ahead of the Memorial Day weekend. If you’re looking for me in the next four days, you’ll find me meticulously combing through it despite there being just less than 100 days until the start of the college football season.

I already went through and found all the mentions of Iowa State and here’s some of the biggest highlights (and lowlights) I’ve found:

“The Cyclones welcome back 19 starters, including a pair of Heisman candidates in QB Brock Purdy and running back Breece Hall,” the magazine reads. “Matt Campbell has built something special in Ames and the payoff for Campbell and the ‘Clones could come this year.”

*** We all know the Iowa State football hype train is blazing down the tracks at an unprecedented pace and the publication’s national unit rankings should fuel that even further.

*** I still can’t get over the idea of Iowa State having the No. 7 offensive line in the nation. What a turnaround for everyone involved with molding that position group over the last few years, considering where it was when Campbell and his staff took over.

The only teams ahead of Iowa State are Ohio State, Alabama, Georgia, Clemson, Washington and Oklahoma, while Oregon, Boston College and Louisiana round out the top-10. I can’t think of any program with traditionally great offensive lines that might be missing even when trying to think of schools in the same state as some of the ones listed. Not a single one.

*** Iowa State’s listed at No. 11 on the publication’s list of things to watch in the upcoming season. The most interesting excerpt from that portion…

“Another big season will send Campbell’s stock into the stratosphere, and the exodus of core talent at year’s end could be the perfect moment to declare “mission accomplished” and make the leap whether it’s to the next level or to a more traditional power with a fresh vacancy. (Michigan on line 2),” it says. “If he’s in it for the long haul at Iowa State, Campbell can’t count on having another team that checks as many boxes as this one again anytime soon. Either way, at a place that hasn’t claimed so much as a share of a conference title since 1912, the window to win big right now is much too rare to take for granted.”

We obviously couldn’t get too far into this thing before someone brought up the idea of Matt Campbell leaving Iowa State. I’m starting to wonder if any college football publication that prints without mentioning that possibility within the first 30 pages will be charged with some sort of crime.

Also, they don’t have to worry about us taking it for granted. We remember where we came from.

*** Under this scenario, Iowa State would land in the Sugar Bowl playing Georgia. I find it hard to believe any Cyclone fan would complain about spending New Year’s in the Big Easy.

*** Brock Purdy headlines the second-team All-Big 12 honorees, which lends to the question of why the returning first-team quarterback wouldn’t be preseason first-team for the second straight season, but I digress.

*** One of the best parts of the magazine every year comes in the “Scouting the…” section for each team. This year, Iowa State’s section reads almost exactly how you’d expect. Emphasis on almost…

“On film, the RB and QB are talented but not amazing, and the rest of the skill positions are just guys. But they’re patient and methodical. They get big on you with their personnel, lots of tight ends, and they create broad blocking surfaces. They bother you because no on plays like they do anymore. You’re dealing with unbalanced sets you haven’t seen all season in a spread league.”

Appreciate that anonymous coach for supplying Hutchinson, Kolar, Tarique Milton and numerous other Cyclone skill position players with a little bulletin board material. Imagine calling the best tight end in the country just a guy.

The disrespect will never stop on that end.

*** The last line the scouting section is the best and one I agree with the most, though.

“They’re the best-coached team in the league.”

I could not agree more, anonymous coach. 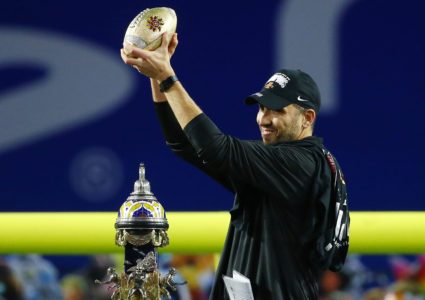 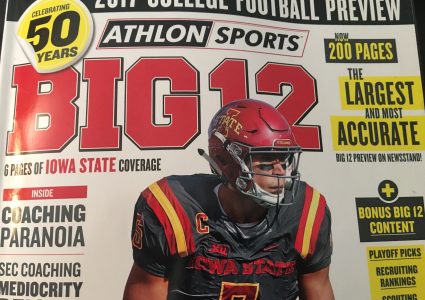 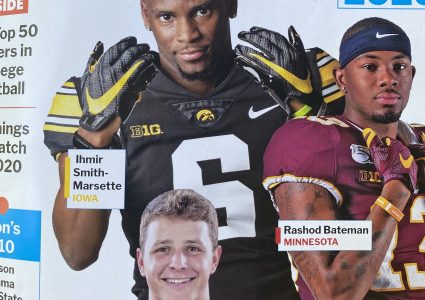