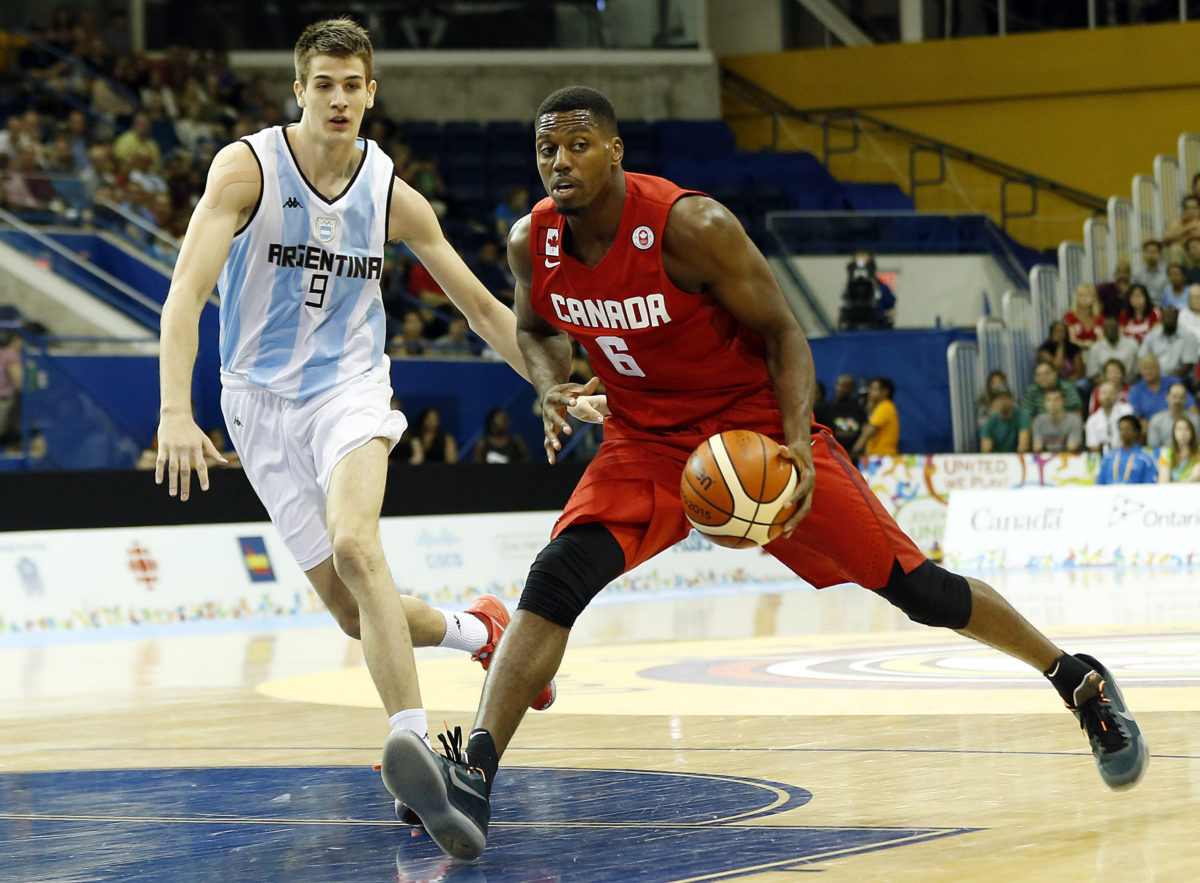 Former Cyclone Melvin Ejim will compete for a chance to represent his country this summer.

The 2014 Big 12 Player of the Year is one of 21 players invited to participate in the Canadian senior national team training camp ahead of the 2021 Summer Olympics in Tokyo. Head coach Nick Nurse and his staff will cut the list of 21 down to a final roster of 12.

Ejim, a native of Toronto, was a member of the 2016 Canadian senior national team, which failed to qualify for the Summer Olympics in London. He also has played for the team during the 2013 World University Games, 2015 Pan American Games and 2015 FIBA Americas Championship.

The last seven years of Ejim’s career have been spent playing in various leagues across Europe and he was named the Italian League Finals MVP in 2017.

That followed an Iowa State career that saw Ejim evolve from a raw but talented freshman and become one of the best players in school history. He was a second-team All-American selection in 2014 after leading Iowa State to a 28-8 overall record, a Big 12 Tournament title and a berth in the Sweet 16.

Ejim was also named the Big 12 Scholar Athlete of the Year for the second straight season as a senior. He ranks as the No. 14 scorer in program history, he’s No. 2 in career rebounds, No. 11 in career steals and he’s tied for the most starts in a career at Iowa State with 126.

Other players who will battles for spots on the team include NBA stars Andrew Wiggins, RJ Barrett, Tristan Thompson, Dillon Brooks, Brandon Clarke and numerous other former college stars and players who have appeared at the professional level.

The FIBA Men’s Olympic Qualifying Tournaments are set to start next month with Olympic competition scheduled to begin in late July.