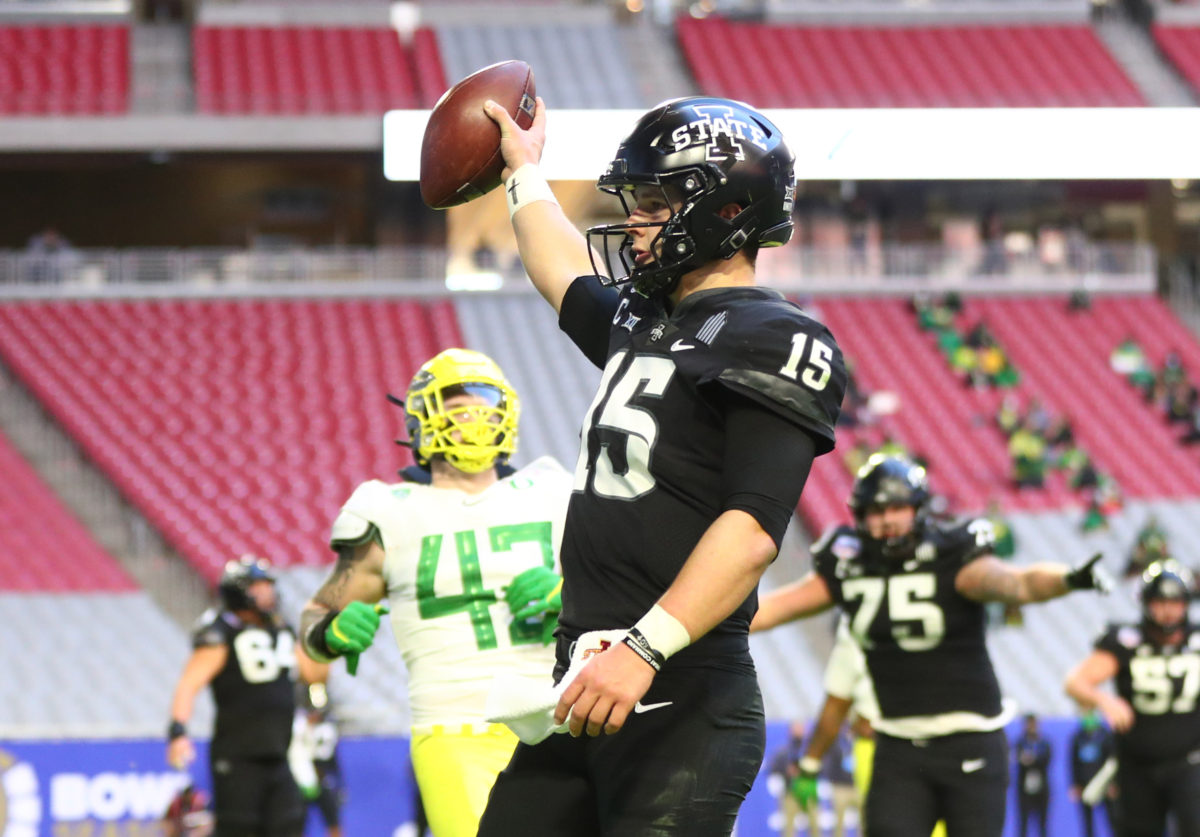 For Iowa State football to hit the over on its DraftKings win total future in 2021, the program will have to make history.

The sportsbook pegged Iowa State’s over-under for regular-season wins this upcoming fall at 9.5, the second-most in the Big 12, when its initial win total futures were released this week. Iowa State has never won more than nine games in a single football season.

The Cyclones finished 9-3 in 2020, qualified for the Big 12 championship game and won the school’s first New Year’s Six bowl game with a 34-17 victory over Oregon in the Fiesta Bowl. Matt Campbell’s team was ranked as the No. 9 team in the country in the postseason poll and is expected to be a consensus top-10 team again in the 2021 preseason.

Some other notable win total futures:

Taking a look at the latest ISU futures odds