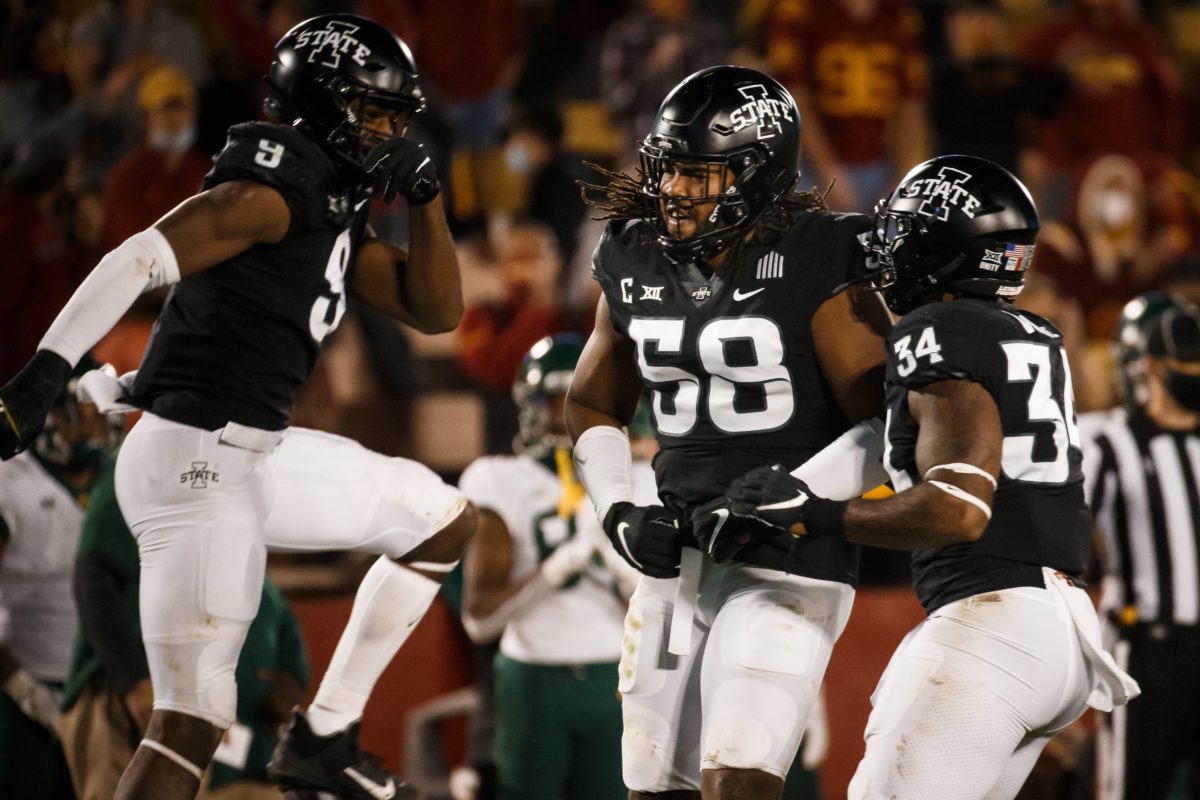 The Cyclones’ most versatile defensive lineman overall is back, too? Check, again.

The fact that uber-athletic D-end Will McDonald — who tied for the most sacks nationally last season with 10.5 — along with ultra-tough, game-tested, and stand-up D-tackle Enyi Uwazurike will both don the cardinal and gold one more time this season is, of course, vitally important and deeply significant.

But McDonald and Uwazurike are known quantities: Elite D-linemen who are now honing their well-developed skills and habits rather than engaging in wholesale construction from the ground up.

They’re leaders now — and the younger guys under their expansive wings are rapidly building their own respective foundations in order to make their presence felt on the field sooner rather than later.

“It’s been truly a valuable spring for us as far as just fundamental football,” Cyclone defensive line coach Eli Rasheed said Monday during a conference call with the media.

Take J.R. Singleton. The 6-2, 288-pound tackle from Gurnee, Ill., saw action in three games last season while preserving his redshirt. The experience whet his appetite, Rasheed said, and he’s growing hungrier and savvier by the day.

“I think he’s doing everything that you would want every guy in your room to do,” Rasheed said of Singleton’s approach to spring drills. “Man, we have to kick him out of this hallway — he’s in our office; he’s around, studying the game, and wanting to get better. He will be an incredible football player for us. He comes from a great home. He comes from a great football program. He would be a key for us this next season, obviously. His development, just with having reps and opportunities to go get better, and to practice — he’s going to do well and he’s doing a great job. It’s incredible.”

Take true freshman Howard Brown. The early enrollee has added more than 20 pounds of good weight to his 6-2 frame since arriving on campus in January and is taking to the arduous trench work Rasheed oversees even though he turned most heads last season with viral videos that showed his prowess at the quarterback position.

“Howard is a sponge right now,” Rasheed said. “And I think as we start ground zero with our fundamentals, it’s a great opportunity for him to be here. So his decision to leave high school early and to be here now, in January, it’s going to pay off during the summer and fall for all of us. Like I said, he’s soaking in the technique. He really didn’t have that foundation of playing defensive line, so everything he’s getting right now is new. And that being said, he’s taken all of that in, and every day applying those tools, and getting better and better and better with every practice.”

So are McDonald and Uwazurike, along with several other key returners who have made considerable contributions in games such as Zach Petersen, Isaiah Lee and Tucker Robertson, among others.

That’s to be expected. Demanded, really. The key is keeping that fire lit through every practice rep, snippet of game tape, and even “in the dark.”

So far, so good — for veterans and green newcomers alike, Rasheed said. Hand placement is being reemphasized. Proper footwork. A good stance. All the basic skills required to once again be a formidable first line of defense. 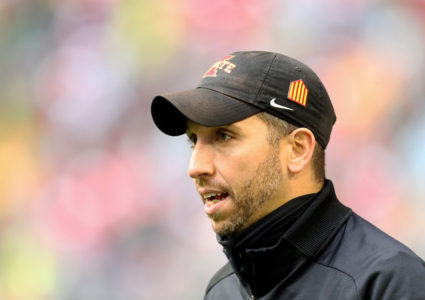