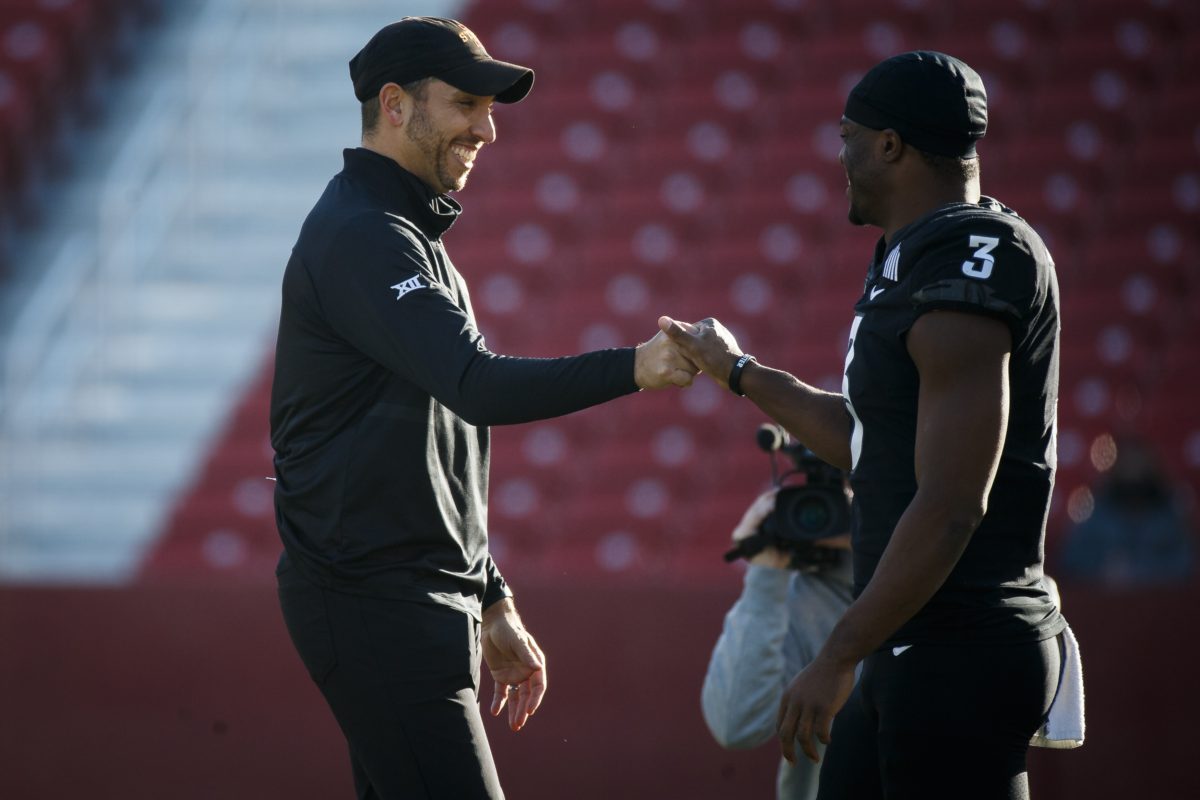 We’ve all know that uber-talented Iowa State return man/running back Kene Nwangwu successfully melds these seemingly mismatched traits together, but Tuesday’s Pro Day at the Bergstrom Football Complex took that combination to another level.

Nwangwu — who worked out in front of more than 30 NFL scouts along with at least 10 former teammates — reportedly ran the 40-yard dash in the high 4.2 range, and also impressed in a variety of other skills and athleticism-based drills.

“I don’t have official times, but some teams had me in the 4.2’s or something like that, but officially I have no idea,” Nwangwu said on a conference call.

Unofficially, few were surprised that Nwangwu showcased his elite speed in front of pro evaluators.

The 2020 Big 12 football co-Scholar-Athlete of the Year (Nwangwu has earned his mechanical engineering degree) is one of the best — if not the best — kickoff return men in Cyclone history.

He’s averaged 25.4 or more yards per return in each season, all while battling through a variety of injuries, including a torn Achilles late in his freshman season.

Nwangwu’s fully healthy now and it showed as a variety of team scouts took note, especially the Arizona Cardinals, which repped him separately at times along with former teammate (and defensive back) Amechie Walker.

“We did some specialized body movement drills and it wasn’t necessarily special teams drills,” the Frisco, Texas, native said. “It was more to see how your body moves, like weaving. … More for, like, body movements.”

Nwangwu’s talent would seem to immediately transfer to special teams work at the next level, but demonstrating his pass-catching ability could help make him stick as a running back, as well.

“I think I did well,” he said. “My goal was just to go out and test well and do what I’ve been doing with Boost Performance … those guys have done an amazing job. So I just wanted to show what I’ve been doing there and come out and make sure I caught all my balls. I did my positional drills, as well — and then I got a curveball. I had drills I had no idea I was gonna do, but I just thought I wanted to come out and do it to the best of my abilities and show that I can be versatile.”

Oh, he did that, as several NFL Draft analysts and analytics mavens noted.

But Nwangwu’s about much more than raw numbers. He’s personified the “team-first” approach Cyclones head coach Matt Campbell and his staff have turned into gospel for the program. He’s been a leader in terms of both work ethic and off-the-charts speed.

“(I’m) someone who’s unselfish; who will do whatever’s necessary for the team,” Nwangwu said. “I’ve never had the mindset of, ‘Oh, why am I not starting?’ It’s, ‘I’m not starting. What can I do better? What can I do on the team to help us win games?’ So I think whoever picks me up, or whatever team I sign (with), I’m going to sign as a team player. I’ll do anything for the team.”

He always has. So while he settles into wait and see mode, and continues to work out as a potential late-round draft pick, he wasn’t shy about what he thinks the 2021 ISU team can achieve in his absence.

“Like, going through (the pandemic in the 2020 season), it’s pretty much we decided like, ‘Hey, what do we want as a team? What goals do we want to set? How willing are we to (work to) reach these goals and what are the sacrifices we want to make?’” Nwangwu said as a point of comparison. “So to be honest, it’s up to the leadership of the 2021 team, and I know they have some great leaders in that class. I personally think that they can do anything. I believe they can win every single game and win the Big 12 Championship, so it’s whatever that leadership group wants to achieve this year.”

He’ll be rooting for them from afar after his own stellar Pro Day, it’s hoped, turns into lots of pro days in the years to come.

“I think it’s important to just be versatile,” Nwangwu said. “I think that’s what I showed today.” 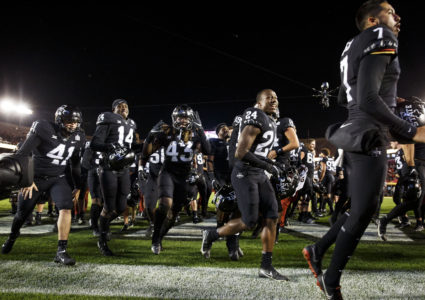