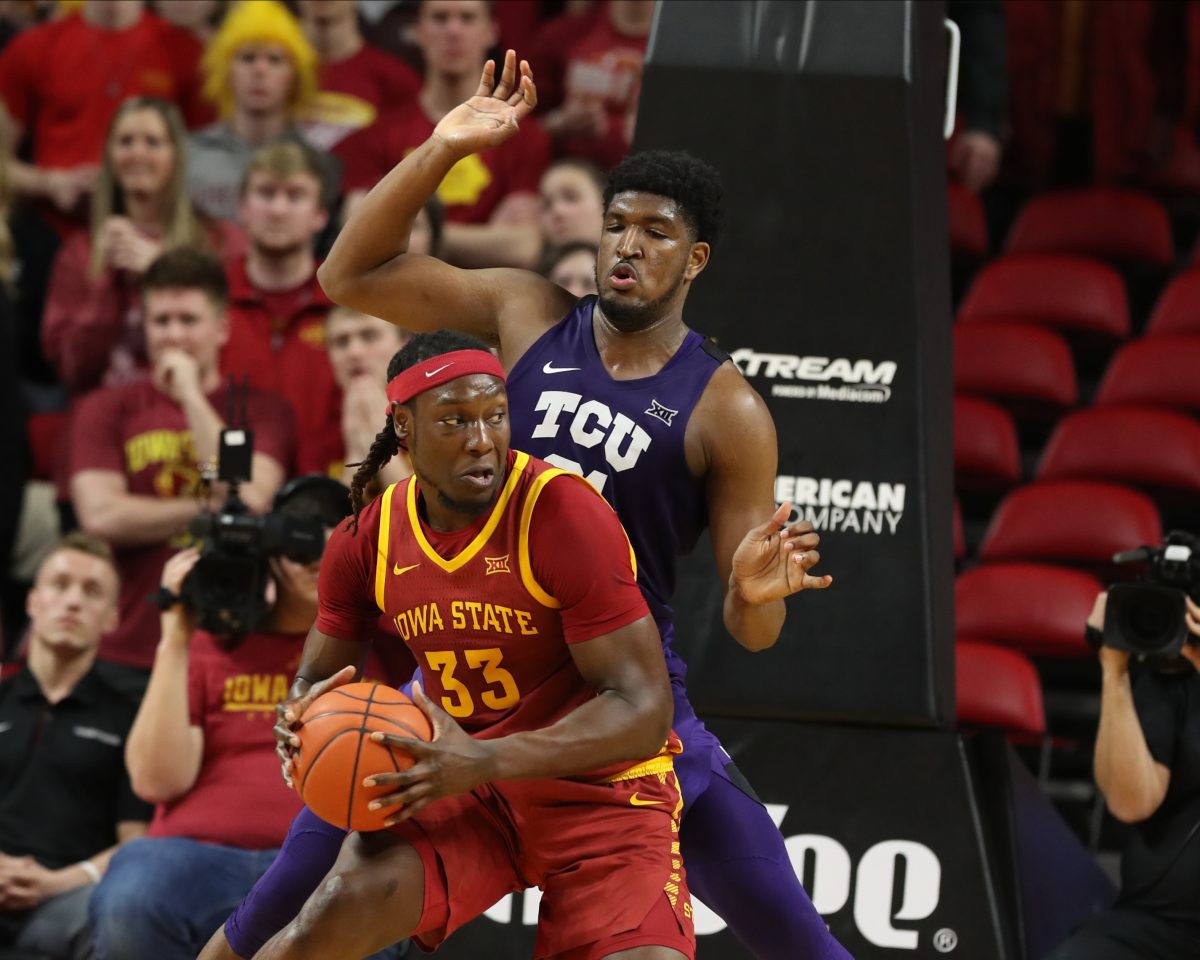 For Solomon Young, Saturday’s game against TCU will be a special one.

Not only will it mark the fifth-year senior from Sacramento’s 80th career start in an Iowa State uniform, but it will be his senior night. In most seasons, that would make this game with the Horned Frogs his final appearance at Hilton Coliseum, but that distinction will belong to Monday night’s rescheduled tilt with Texas.

So, while on the surface it might not be as special as some senior nights for that reason, this one will not be dampened for Young.

It will be the first time his mother gets an opportunity to see him play for the Cyclones at their home arena.

“It’s going to be great,” Young said. “I’m glad she’s finally able to get down here and watch a game. Obviously, I would’ve wished it were under normal circumstances, just having her here is great.”

For a program that has been defined by roster turnover for a decade, Young has been one of the program’s bonafide mainstays. He’ll be the first player of the Steve Prohm era to be recruited by Prohm then play his entire collegiate career in an Iowa State uniform.

Of those 109 games, there are two that stick in Prohm’s mind and they came all the way back in Young’s freshman season when he became the 2016-17 Cyclones’ steadying-force down low while Monte Morris, Naz Mitrou-Long, Matt Thomas and Deonte Burton drew all the headlines.

“What really tells a story on him is just his freshman year, came in around some experienced guys (and with) us playing some older guys upfront to start the year and he just he kept working at it,” Prohm said. “Working out and waiting his turn. He broke his hand early in the season that set him back a little bit, but I think it was the game and Allen Fieldhouse to where I was like, ‘Alright, man, let’s go.’ And he played about the last 16 minutes of regulation and five minutes overtime and never came out and played about 20 straight minutes there and I thought he was the missing ingredient with that team.”

“From that point on I thought we finished as good as anybody in the country that year. But twofold if you go and watch, watch him the way he played, especially the second half, against West Virginia in the (Big 12 Tournament) championship game. Those are probably two things that really, really stick out, you know, for me.”

Young has seen his role change throughout the years and has hardly ever seemed to fill that role for an entire season. He was the reliable constant alongside breakout sensation Cameron Lard in 2017-18 then played in only four games for the 2018-19 Cyclones due to offseason injuries that never fully healed before he had season-ending surgery.

Last season, he played some of the best ball of his career down the stretch, including scoring a career-high 27 points and grabbing nine rebounds in a home win over Oklahoma State.

As a senior, Young has averaged a career-high for scoring at 10.6 points per game while grabbing 4.9 rebounds. He confirmed to reporters on Friday this will be his last season as a Cyclone and he will pursue a professional career next year despite the NCAA’s freeze on eligibility.

“He’s gonna have an opportunity to go play for a while and then he’s either going to be a chef or own restaurant or something in the food business,” Prohm said. “I think it’s been fun to watch him grow as an as an offensive player. And really develop a low post game over the years… He’s represented this program the right way. He’ll be really missed. He knows we’re here for him if he ever needs anything, and it’s really exciting. Got to get his mom a chance to be here tomorrow. So that’s really cool.”

Young will have his work cut out for him on Saturday when you consider the way the last matchup between these two teams played out. The Cyclones held multi-possession leads during both the first and second halves, but struggles on the glass (to the tune of 19 Horned Frog offensive rebounds) were ultimately the difference in a 79-76 Iowa State loss.

Iowa State’s starting center scored only five points and snagged two rebounds in that game. Those are numbers that will not fly the second time around if Iowa State hopes to secure its first conference win in more than a calendar year, which ironically came against the Horned Frogs last Feb. 25.

If there’s anything we have learned about Solomon Young in his five years as a Cyclone, it is that he usually rises to the occasion when his best is needed.

The difference this time is his mother will be the stands to see it. That will certainly be memorable for a man with five years of memories already made at Iowa State.

“Something I’ll always remember is walking out those side doors and seeing all the fans cheering at the Kansas games or anytime we played Baylor,” Young said. “Just the environment and the vibe and just how loud it gets. I think that’s the first thing I’ll think about. The second thing is people treat me like family here and how comfortable I was being here.” 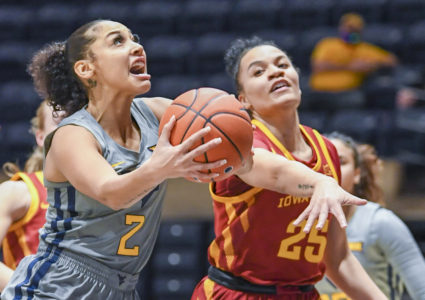