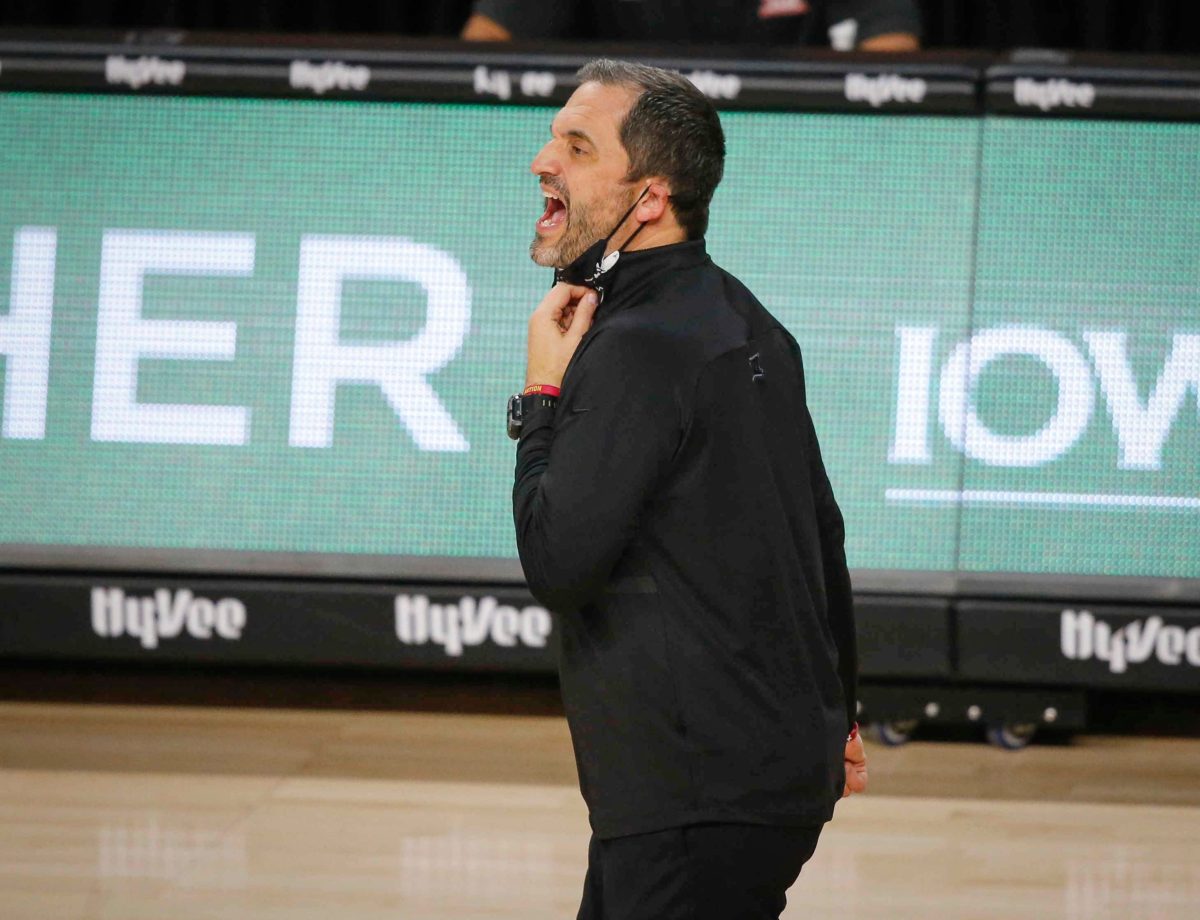 Iowa State head coach Steve Prohm yells out to his Cyclones from the sideline in the second half against Kansas State on Tuesday, Dec. 15, 2020, at Hilton Coliseum in Ames.

Last night while No. 15 Texas Tech was upsetting No. 4 Texas in Austin in one of the best games of the college basketball season to this point, Steve Prohm was watching intently.

The Cyclones’ head coach was not necessarily watching the game and looking for ways to game plan against the teams Iowa State will see again at least once more each. He was watching the game, which ended on a game-winning shot by Mac McClung with two seconds left on the clock, to see the level the Cyclones need to return to.

He knows his program needs to get back to playing in big games.

In most recent seasons, Iowa State’s upcoming game against Kansas at Allen Fieldhouse (Saturday @ 1 p.m. on ESPN+) would fall squarely in that big game category. Two of the league’s perennial contenders going toe-to-toe in one of college basketball’s most hallowed venues is an eye ball grabber — or at least has been most of the past 10 seasons.

Like most things during the 2020-21 college basketball season, there will be hardly anything usual about this game, though.

The Cyclones enter as the Big 12’s last-place team and the only squad without a league victory. The Jayhawks are tied for third in the league with a 4-2 record coming off of a 75-70 loss to Oklahoma State earlier this week.

Allen Fieldhouse is obviously still Allen Fieldhouse physically, but the Jayhawks’ home arena is forced to be more or less a shell of its usual imposing self with only about 2,000 fans allowed inside for each game.

“I hate it as a competitor, as a guy who loves college basketball,” Prohm said. “There’s certain venues in our league and certain venues in the country you love playing at. Fortunately, we have one here every home game, but on the road, man, there’s nothing like it. You know, the environment. Have to execute in pressure situations against really good teams. Hate it for the kids, too. They don’t get a chance to experience it.”

The Cyclones have become accustomed to playing elite teams nearly every time they step on the court. The Big 12 is full of them, per usual.

Bill Self’s team is built of long, athletic players at nearly every position with only three guys on the entire roster shorter than 6-foot-5.

“It gives them a chance to be very, very versatile,” Prohm said of Kansas’ length. “To play different positions on the perimeter offensively and play different positions on the perimeter defensively. I was looking at that yesterday, and talking with the coaches, they don’t have anybody under six-foot-five and so that gives them a chance defensively to be really good and then offensively to be able to really drive you and attack and get downhill. We’ve got to do a good job.”

Prohm’s eyes were on both of those teams again on Wednesday. Not to figure out specifically how to match those teams, but thinking about how the Cyclones need to get back on that level.

How they need to get back to playing big games.

Saturday’s game in Lawrence won’t have the usual big game vibe that generally accompanies this series, but it can still be a big game in the Cyclones’ quest to get back to that level.

“There’s nothing better than playing Kansas,” Prohm said. “We’ve got to go out there and play really really well. Right now it’s more about focus and preparation than it is about kicks and giggles.”