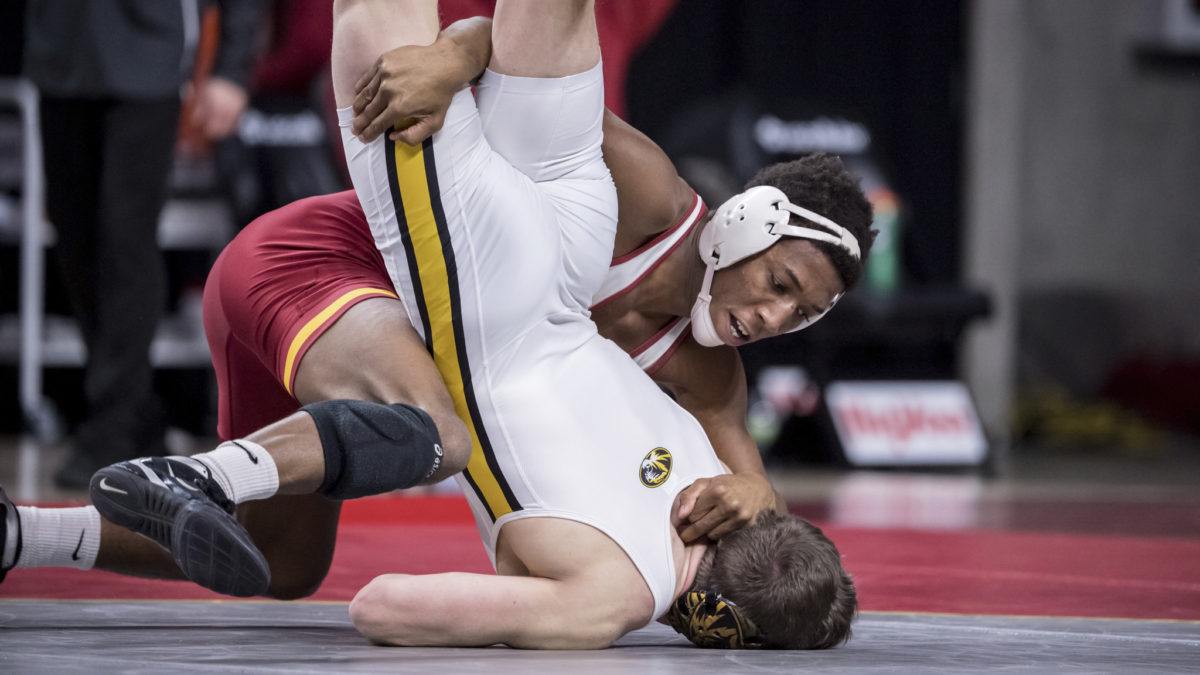 In its first loss of the season, the 10th ranked Cyclone wrestling team was dominated by No. 9 Missouri, 31-7.

A lot will be learned from the loss, but head coach Kevin Dresser walked out with a positive attitude about his team.

“The sky isn’t falling with this team,” Dresser said. “There were a lot of situations that I feel like if we wrestled that dual meet over, even tomorrow, would be a lot different. I have a lot of confidence in this team.”

Up and down the lineup, with the exception of the two wins from David Carr (157) and Gannon Gremmel (HWT), the cardinal and gold fell short.

Iowa State’s 125 and 133 pounders, Kysen Terukina and Zach Redding, both lost their matches by just one point. Both losses came from their opponents securing a final push in the third period.

“I love the way Kysen Terukina wrestles and progresses. Right now, he’s the guy at first place right now,” Dresser said. “I can tell he’s a competitor. He didn’t like to lose tonight. He’s a true freshman, he’s wrestled in Hawaii his whole life so we’re probably going through a little culture shock but he has all the tools.”

At 165 pounds with Grant Stotts and at 174 with Julien Broderson, both Cyclones attempted to go big, however it backfired and resulted in losses by fall.

That is a mood change from last week’s mindset following a tough loss from Isaac Judge, who Dresser also expressed positive thoughts towards.

In the most surprising loss of the day, senior Ian Parker lost his match 4-7. The Michigan native faced No. 1 Allan Hart but for Parker, the ranking of an opponent never matters due to his high-level consistency.

“We just made a mistake. Ian Parker has to not force his hand quiet so early because that’s not his strong suit. His strong suit is the end of the matches. Don’t put yourself in precarious situations when you don’t need to. He forced a situation,” Dresser said. “Same thing at 174 (pounds). I really think that if we wrestle those matches again tomorrow we win. That’s how much confidence I have in this team and those guys. And I can say that at about five or six weights. Maybe that’s arrogant.”

Next up for the Cyclones is No. 15 Oklahoma on Jan. 24 in Cedar Falls. 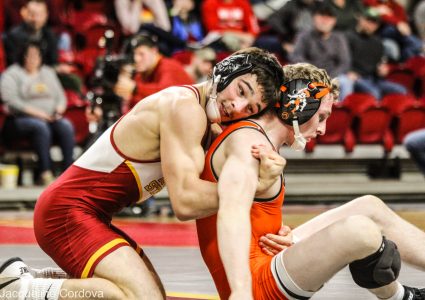 WRESTLING: 23-9 loss to OSU a “wake up” call per Kevin Dresser