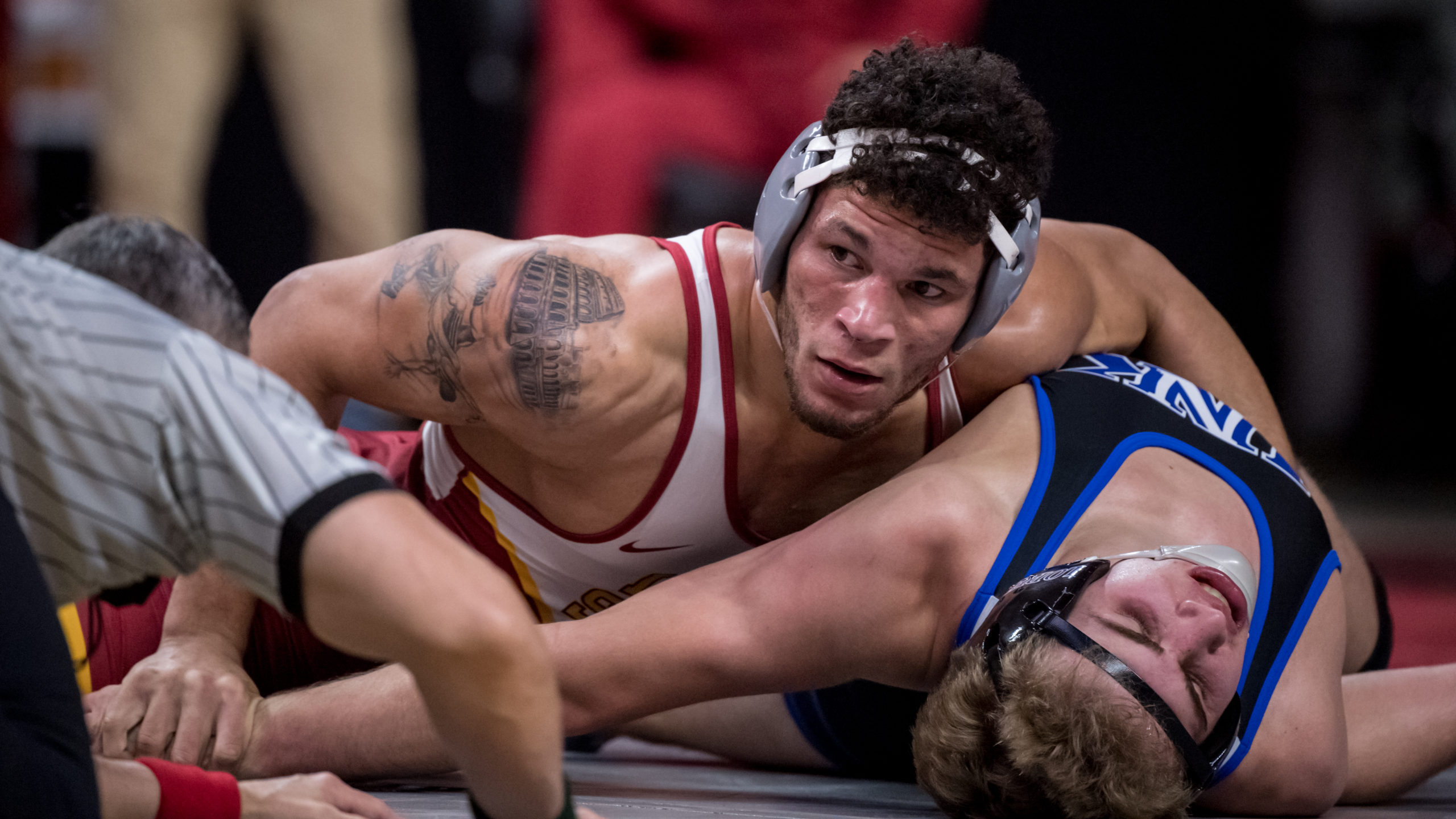 The cardinal and gold secured a 40-0 blowout win against Loras and defeated UNK 38-4.

A bright spot for the Cyclones’ pair of wins comes from the freshmen class. Each freshman was able to secure a win in both their matches by decent margins with multiple bonus-point wins over some of the opposing teams’ best guys.

Cam Robinson (149) won his first match against Zeke Smith (Loras) 16-5. In his second match, the freshman defeated No. 5 Sam Turner (UNK) who is also a two-time NCAA qualifier. Turner spent three years as a DI wrestler before transferring to UNK.

“He’s done a great job. He had a really good opponent who was a DI guy who is now finishing his career at DII. He was good and he’s getting more consistent. Freshman and consistent aren’t usually in the same sentence,” Dresser said.

Zach Redding notched a 7-5 win over No. 4 Wesley Dawkins. A win he secured in a sudden victory in which he was quick to secure the takedown within seconds.

In his Hilton debut at 125 pounds, Kysen Terukina earned his way to a starting spot over Alex Mackall for the match against UNK. The match-up wasn’t going to be easy as he was facing No. 1 Josh Portillo but the freshman set the tone when he won 6-5.

A big moment for the Dresser came from the way Julien Broderson translated his disappointment from last weekend’s loss to this weekend’s victories.

Broderson came in confident and cleaned up the areas that had cost him to start the season with a loss. He started the day by defeating Jacob Krakow (Loras) 6-2 (3:28 riding time). Krakow is a 2x All American. He then went on to defeat Terrell Garraway (UNK), who is currently ranked No. 4, 9-2.

“You saw that he lost to a good guy last week and he made a few technical mistakes and I think he fixed them. He was a little more dileberate on bottom and wasn’t rolling around. He learned from his mistakes and that’s what you’re looking for,” Dresser said. “He was solid. He’s going to get more comfortable each week and he’s done a really good job with his weight because he hasn’t been this low for a couple of years. He’s really managed that well and he has good energy. He continues to get better at wrestling. You can tell he’s really good on top.”

The growth of the team that Dresser has behind him can be seen in Broderson alone. He’s a redshirt freshman who spent the week focusing on what cost him a match and improving it when in live-action. He built confidence and came back on top. That wasn’t a consistent thing of the past from the Cyclones.

Today that wasn’t the case.

Another important freshman performance came from 197 pounder, Yonger Bastida, who not only won his first match 18-8 but he won his second match with his first pin of the season. The Cuban native may have given up some points due to illegal hand formations but that didn’t even matter because the freshman still tallied eight takedowns in his first match alone.

Next week the Cyclones face the true test when they host No. 11 Arizona State and No. 10 Missouri.

“It’s time to step it up now. It’s a perfect time for us to be where we are at. Arizona State and Missouri will really show us how far we’ve come and developed and our guys are really excited for that,” Dresser said. 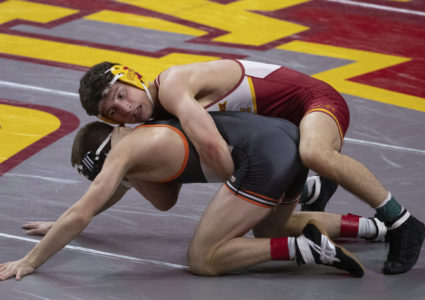 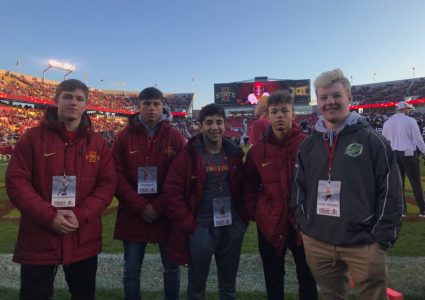