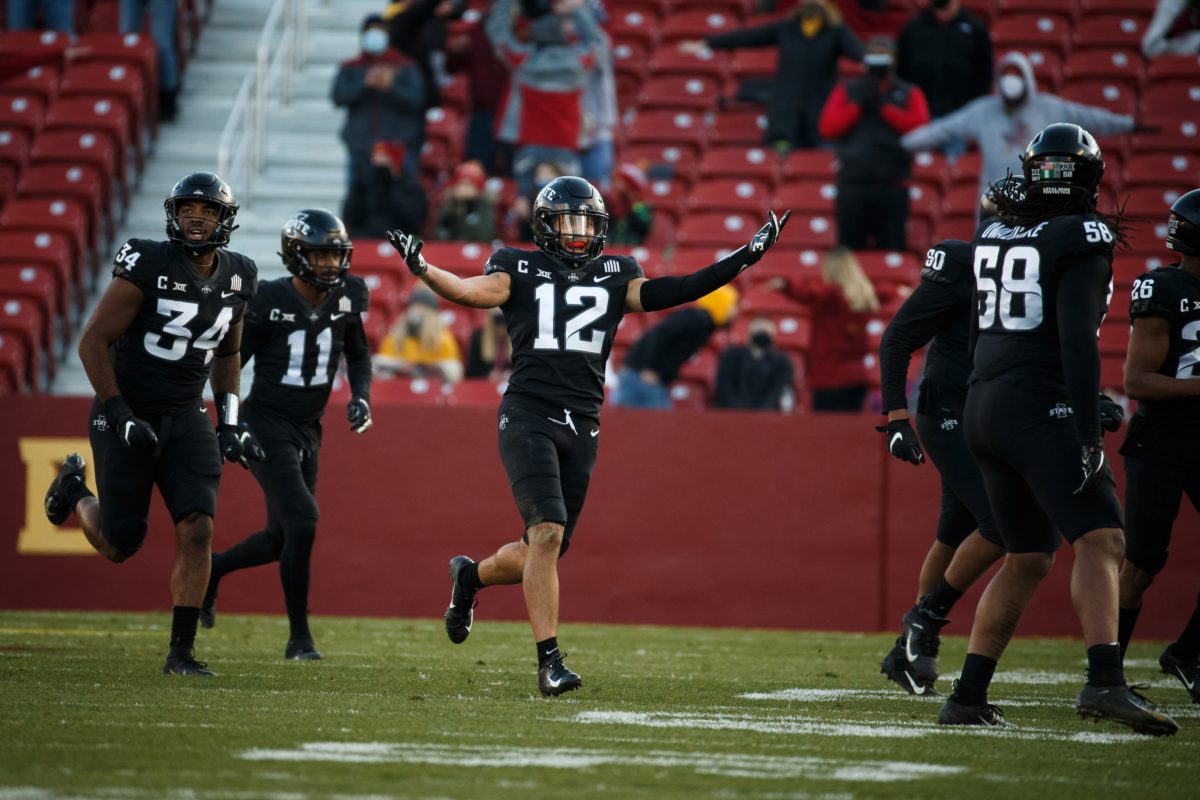 “Right now I’m 0-2,” said Eisworth, who helped propel the No. 7 Cyclones to their first-ever Big 12 championship game appearance Saturday at the Dallas Cowboys’ home venue. “So hoping to change that.”

Cardinal and Gold versus Crimson and Cream 2.0 kicks off at 11 a.m. — and it’s for all the Big 12 marbles in this topsy-turvy, pandemic-framed 2020 college football season marked by historic firsts.

“It’s big-time for me,” said Eisworth, one of the finalists for the Senior CLASS Award. “I remember when I committed here (out of Trinity Valley Community College) seeing that the Big 12 championship game is played in the AT&T Stadium. At that point, I was like, ‘Man, we’ve got to go to that. Before I leave, that’s what I want to accomplish here.”

So it’s a strange, but wonderful convergence of deja vu and bold soothsaying that has helped Eisworth and his teammates to this rarified point of the season.

Here they are, though, on the precipice of history, which they of course downplay as merely another four-quarter moment lodged firmly in the present.

Wait, did you expect them to change their one-day-at-a-time routine?

No, never, not gonna happen regardless of the stage, whatever the stakes.

That’s true for Campbell and Eisworth and everyone in the program.

The Sooners seek to show that this time “good enough” simply won’t match their blue-blooded best.

The Cyclones’ win over two months ago at Jack Trice Stadium was their first over OU in Ames since 1960.

But that’s history — in more ways than one.

“They’re a really good football team,” Norman native and standout ISU tight end Charlie Kolar said of facing his hometown school a second time this season. “They’re coached well. They’re good players. They play hard. … I mean, they’ve won the Big 12 the last few years in a row, so if you want to win the Big 12, you’ve got to beat OU. That’s what our task is on Saturday.”

The Sooners haven’t lost since the Cyclones sealed that win in Ames with Isheem Young’s interception in the end zone.

ISU has won six of seven since that meeting but nonetheless finds itself as an underdog yet again, which is probably how it should be.

Either way, Eisworth relishes the chance to finally win in the stadium that plays host to the title game the Cyclones will finally appear in. It’s been an excruciatingly long wait. Now it’s nearly here.

“It’s just a lot of fun,” Eisworth said. “Just a different environment. It’s a cool environment. Big stadium. … Just being in that stadium and having that experience with the guys is something that I’ll just remember forever.”

Brock Purdy will make his 32nd consecutive start as ISU’s quarterback on Saturday. Let that sink in. The junior and owner of 25 season and career school records is the first Cyclone play caller to beat every conference team and owns a 19-6 record in league play since becoming a starter in 2018. So how he goes, ISU goes — and so far that’s been in the direction of unprecedented heights.

“Stability, period, has really allowed us to learn and grow together,” Campbell said. “The quarterback position learning and growing with us through this journey has been a huge part of our growth process. I said this at the beginning of the year, ‘We’ve grown as a program as Brock has grown.’ I feel like a lot of the lessons that we’ve learned and grown from have been really enjoyable for all of us to do it together. I think that’s been a key piece for us.”

Campbell was asked once again to make the case for why Iowa State tailback Breece Hall, the nation’s leading rusher, should be in strong contention for winning the Heisman Trophy. Campbell — never the pitchman — still answered.

“Yeah, I think when you look at stuff like that and awards like that, I think the reality of, things of that magnitude are just like somebody asked me about what would the game mean for the next level?” Campbell said. “Well, those are all — you’ve got to look at the whole process. You’ve got to look at the whole season. Like, what’s the videotape evidence say? And I think what I would say is, ‘Go watch the video and then make the best decision for you.’ I think what you would say even about that question with Breece is, boy, there’s some really good videotape evidence that he’s one of the best football players right now in college football. Where is he? How does he stack? There’s a lot of great college football players and there’s a lot of great teams, so I think you’ve got to look at the video, you’ve got to evaluate it and you’ve got to make the best decision.”

“My collegiate experience (at Division III Mount Union) saved my life in a lot of ways more than it had to do with anything in terms of football. The coaching staff there, the people, the teammates — it was about relationships and trust and culture. Had I not had that experience, I probably wouldn’t have had the opportunity to become a football coach. It’s certainly a great foundation to reflect on in terms of what it felt like to be in that program and what it means to go to work and go to football every day. It saved my life in a lot of ways and it had a profound impact on the direction of my life going forward after college.” — Matt Campbell on playing and coaching at Mount Union. 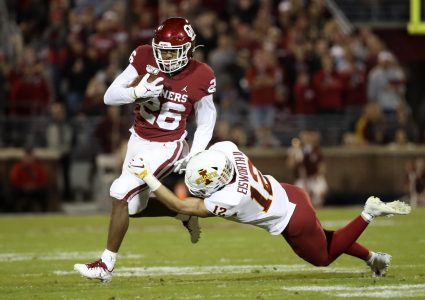 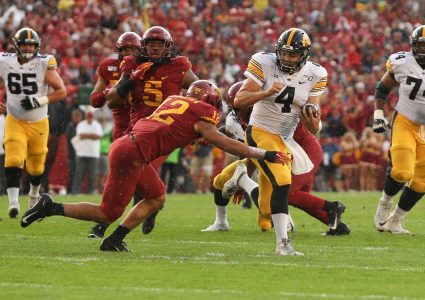