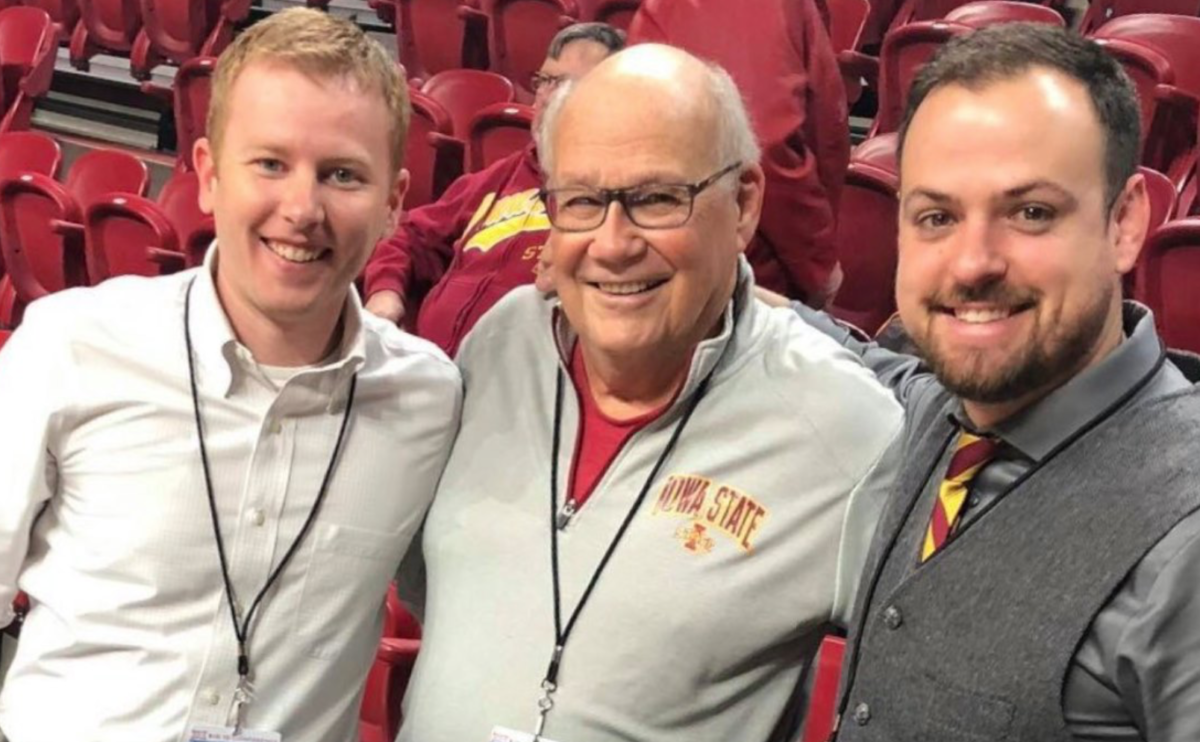 As Bill Fennelly spoke from his office on Tuesday, his voice cracked a little.

It had been six days since legendary Iowa State women’s basketball play-by-play man Rich Fellingham passed away at the age of 75, but Fennelly was thinking of yesterday.

As in Monday. His designated weekly check-in day with Fellingham, who was a key driver in fan interest for the Cyclones during his 25 seasons behind the mic. A day in which there’d be no text. There’d be no update.

“I’m still dealing with it,” Fennelly said. “I think the story I was told and it kind of hit home with me when I lost my dad (William) in December, people talk about, ‘They had a good life and maybe they’re in a better place because they were sick.’ But one of my very dear friends said to me, ‘The one thing that you’ll have to get through that you will never get through is you can’t talk to them anymore.’ There are memories and we’ll celebrate that. We’ll laugh about it and cry about it, but the idea that you cannot — I’m not going to have any more conversations with Rich after a game, before a game, on the road. Very similar to what I’m still going through — it’s almost 11 months — with my dad, is you don’t lose the memories and you celebrate it and it makes your heart feel good in so many ways, but that part of it is hard. That’s gonna be hard for me because I would text (Rich) every Monday. Check on him. ‘How’s it going?’ Deb and I had gone to see him, not a lot because of the COVID(-19), but then all of a sudden it’s like, yesterday I didn’t text him. You’re just like, ‘OK, now it’s real.’ So it’s a process. You feel blessed that he was a part of your life. … I wouldn’t trade those 25 years for anything.”

Allow me to pause and share a personal story. Rich co-coached one of my Little League teams back in the mid-1980s — about 10 years before he approached Fennelly with a plan to broadcast every Cyclone game, home and away, for the first time. He did it because he cared about the city of Ames, where he became an icon at KASI-AM (1460). He did it because giving back mattered and it’s a commitment he kept throughout his life, from his early broadcast days at KICD in Spencer, to his full-time curtain call as the voice of Cyclone women’s basketball at the end of the 2017-18 season.

It’s also a prime reason why he pitched Fennelly to broadcast all his team’s games in the first place — an entreaty that occurred even before the Cyclones’ head coach procured and framed a box score of his first win in Ames to remind him how far the program has come. How many fans attended that game again, coach?

Fellingham knew that number, too. He wanted it to grow — and not just because he hoped to call all the games on the radio. He knew Fennelly’s Cyclones could add a fresh swath of fabric to the community and the state as the program grew and flourished from its threadbare beginnings.

“He had done games for the women’s team before I got here, but it was some home games and some really close road games,” Fennelly said. “We just talked about things that we could do and that was one of the things he said — and he didn’t pitch himself. He just was like from an outsider, or I guess insider because he’s in the business, this is something that will help you grow your team and it kind of went from there. Luckily he agreed to do it. … It kind of all fell together. Some of the best things in life happen by accident or happenstance. I tell our team there’s a lot of things that happen in your life, you don’t know why, you don’t know how, but when it goes the right way, embrace it. Certainly, that was one of those things that just kind of fell in our lap literally and we ran with it.”

Fellingham held himself to a high standard, so he insisted the many folks who provided color commentary for him over the years did the same.

No one worked alongside Fellingham longer than Molly Parrott, who helped call about 250 games — some soaring wins, some searing setbacks — with him.

He helped build careers, too.

My Cyclone Fanatic colleague Brent Blum worked his first game with Fellingham as an Iowa State senior. Our publisher, Chris Williams, formed a tandem with Fellingham several times, as well. Both paid tribute to Fellingham during their weekly Sunday podcast.

“It’s a tough loss,” said Blum, who is now a Cyclone Radio Network fixture. “Rich would always say, ‘Trivia question for everybody: Who was the play-by-play voice of Iowa State women’s basketball before me?’ Then he’d wait and go, ‘Nobody.’ He started it. He was at KASI, which is the Ames radio station and he was basically like, ‘Let’s get these games on the air,’ so he got the sponsors himself. He basically did everything. … He just loved Iowa State and he thought they needed some representation.”

Parrott, Blum and Williams all recalled the meticulous detail Fellingham put into game prep. He was always two and a half hours early. He always set up the radio equipment with great care and precision. It was almost a sacrament to him; nothing could be out of place.

“He was very serious about getting the equipment set up, getting it set up early,” Parrott said. “When you’re going for shootaround or when we were at the Big 12 Tournament, I joked that he left me at the hotel one time because we were in Oklahoma City downtown and you could walk to the (arena). We were supposed to meet in the lobby. Bill Fennelly time. You’re supposed to be there super-super early. I was there, like, on time. That wasn’t early enough or Rich, so he headed to the arena without me.”

Williams recalled a recent game at West Virginia. Fellingham had retired from his full-time duties but accompanied the team to Morgantown as a guest. Williams was calling the game and Fellingham stepped in to help.

“Rich was kind of hanging out with me as I was setting up during shootaround and he didn’t particularly like the way I was doing it, so he just basically did it for me,” Williams said. “I was like, ‘You know what, Rich? Just take it, Buddy. You’ve forgotten more about this than I’m ever going to know.’”

Radio connected Fellingham to many corners of the state — and the world, via internet broadcasts. He traversed a time of great technological change and fully deserves a significant share of the credit for expanding the Iowa State women’s basketball fan base. He left a lasting legacy that goes well beyond those 25 years Fennelly — and all Cyclone fans — “wouldn’t trade for anything.”

“Rich knew people in the community and people would turn on the radio and he was not just a radio guy, but he was a fan, obviously,” Fennelly said. “I think he portrayed our program in a way that wasn’t just, ‘Hey, these kids are pretty good basketball players.’ I think it was even more, ‘These are young people you want to embrace as your own. You want to support young people who are doing it right. Young people who aren’t getting the advantages that football and men’s basketball are getting.’ And I think he kind of felt that and I think he enjoyed that part of it. … I remember when I first got here, even the Ames Tribune, they’d be like, ‘Well if people come to your games we’ll start to cover you more.’ And I’m like, ‘They won’t come to our games until you guys do.’ It was the ultimate chicken and the egg-type thing, but Rich gave us the initial platform that we desperately, desperately needed.” 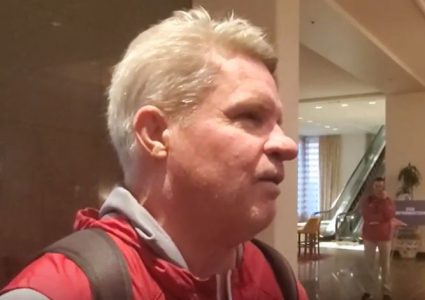