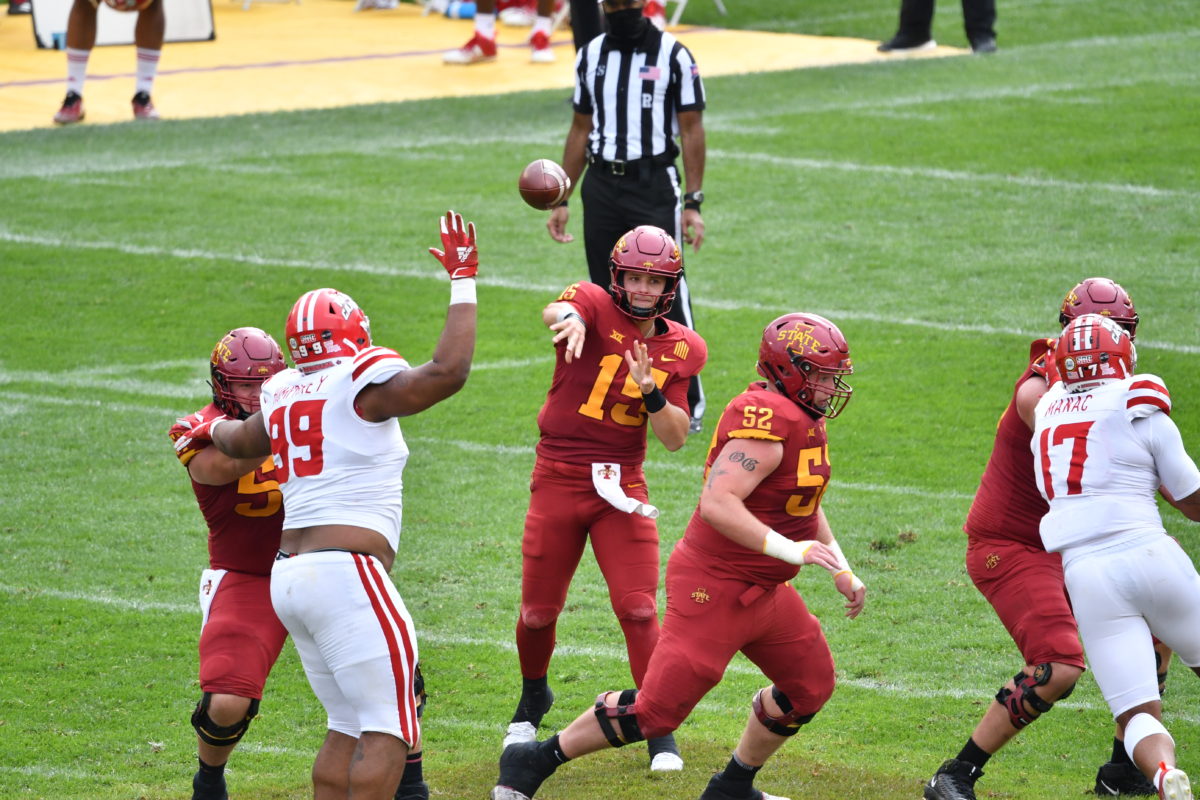 The Cyclone Radio Network‘s long-time on-field analyst, and former All-American offensive lineman at Iowa State, even noted as such considering the emotions many people in Cyclone Nation have been feeling since the program’s 31-14 loss to Louisiana on Saturday to open the 2020 season.

“That was no damn fun on Saturday. I can tell you that. You guys all know that. Even the grotesque nature of it, probably, Ross (a Hawkeye fan), you were even looking at it at times going, ‘Wow, this really sucks for them. Glad it’s not me and wish my team was playing,'” Bruns said. “There was lots of things that went right and then you shoot yourself in the foot in a whole bunch of ways and lose a game that ends up not being close. Iowa State knew they were playing a good football team, an 11-win team. I think what became obvious is the detail that Iowa State prides itself in, the other team did a lot better. A lot like Notre Dame. It was ugly.”

Ugly is certainly a very astute adjective for the Cyclones’ performance against the Ragin’ Cajuns, especially on the offensive side of the ball. After a pair of first half touchdown drives, primarily on the back of sophomore tailback Breece Hall, Iowa State reached Louisiana territory only twice in the second half with both drives ending with a turnover on downs.

Bruns was pleased with what he saw from Iowa State’s offense in the first half, primarily noting the play of the offensive line, but noticed a serious shift once redshirt sophomore starting left guard Trevor Downing left the game with an ankle sprain.

“Up front, the offensive line was outstanding for the first half of this football game. When Trevor Downing got hurt, it was a huge turning point in the game, because (Noah) Juergensen comes in and battled his butt off, but is immediately overmatched,” Bruns said. “Now, all of a sudden, you don’t have distortion. You don’t have the ability to push and start to create running lanes. When they transitioned into man coverage and all of a sudden could get a pass rush because Downing was out and Iowa State couldn’t run it against a full box, it got really hard in a hurry. What you didn’t see from Iowa State was a bunch of man breaker scheme stuff like jet sweep. They did that a little bit, but there was not enough to make Louisiana pay. Great quarterbacks throw guys open in man coverage and that didn’t happen Saturday either.”

The absence of those things Bruns mentions has been a large driver of discontent in the fanbase in recent days with most of that consternation being directed towards Iowa State offensive coordinator Tom Manning.

Bruns went on to describe how some of those issues can be attributed to Iowa State’s schematic choices over anything else.

“Watching Cam Newton and New England play this weekend were sort of a startlingly reality for me, I started to understand, ‘Okay, so this is what a spread option offense looks like when you’re actually trying to run the quarterback a lot.’ I’d kind of forgotten,” Bruns said. “Iowa State right now is a power run game, drop back passing and no bootleg action. There’s a little bit of RPO mixed in every now and again. It’s just sort of situational. There’s ton of play action pass, but it’s all based in the shotgun and you don’t get that same sort of action that you do when you’re meshing with a running back from under center. I think the whole thing just doesn’t have enough quarterback run in it to be convincing to a defense once you screw it down and go into man coverage. I think they’re going to see a lot of that through the rest of the year.”

Here are some other notable quick hits from Bruns’ time on Fanatics:

*** On the environment at Jack Trice Stadium…

“By the way, what a bizarre environment on Saturday. Fans make a difference. I think you’re going to see a lot of teams lose at home this season if the way we’re doing these games continues, because it’s absolutely not the environment you’re used to. When you go on the road, it’s awesome. You’re going on the road to an empty stadium. What more can you ask for? You go home to an empty stadium and it is a hollow feeling. You could see it with Iowa State with the way they took the field on Saturday and then it played out when it came to the grind. When it came down to those moments when they needed some juice. Somebody is there to cheer for you and to pick you back up again on that key third down play. One of the cools things about sport is that people care about it. We just are missing that component of it right now. I’m not saying Iowa State shouldn’t have managed through that. They should have.”

“I can tell you exactly what it is. I don’t think it’s that hard. It’s the reason why spread teams often times really struggle in bowl games. It’s because what you do and how you do it requires so much consistent finesse and practice at it that it takes time to get really good at it.

“When you come out and you’re a run-first offense, so I’m going to contrast to a lot of the listener base who are Iowa fans, but when you come out and you play the style of offense that Iowa generally plays, it’s zone, it’s power and everything is play-action based off of bootleg type action or straight drop back and there’s not a lot of RPO and all that kind of stuff, you have more margin for error because it’s way more about winning a physical battle than it is about winning a finesse or…

“When you throw the football, three things can happen and two of them are bad. That is a big part of what happens as part of this Iowa State offensive approach to football. Candidly, I don’t love that aspect of it. I wish there was a more consistent run first sort of approach that you could hang your hat on early in the season.

“I don’t think you want to play Iowa State in October. I really think Iowa State is that good in October. Early in the season, they’re not on. Part of it is the style of play that we’ve chosen, in my opinion.”

*** Some final thoughts on the team…

“I think this offensive line is only going to get better, as well, especially with those guys getting healthy and returning. I went across the front, I thought Sean Foster had a really good day when in the past he’s been pretty up and down. The defense is outstanding. You’ve got a group up front that’s going to be able to play. Brock Purdy is going to have better games. There’s still season left and it’s going to be okay, but you can’t get this game back and you sure as heck don’t want to lose it twice by having the wrong thought process in the next couple weeks. It’s going to be no fun for those guys in that locker room as they try to work on improving this situation.” 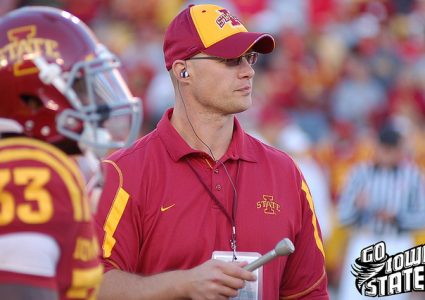