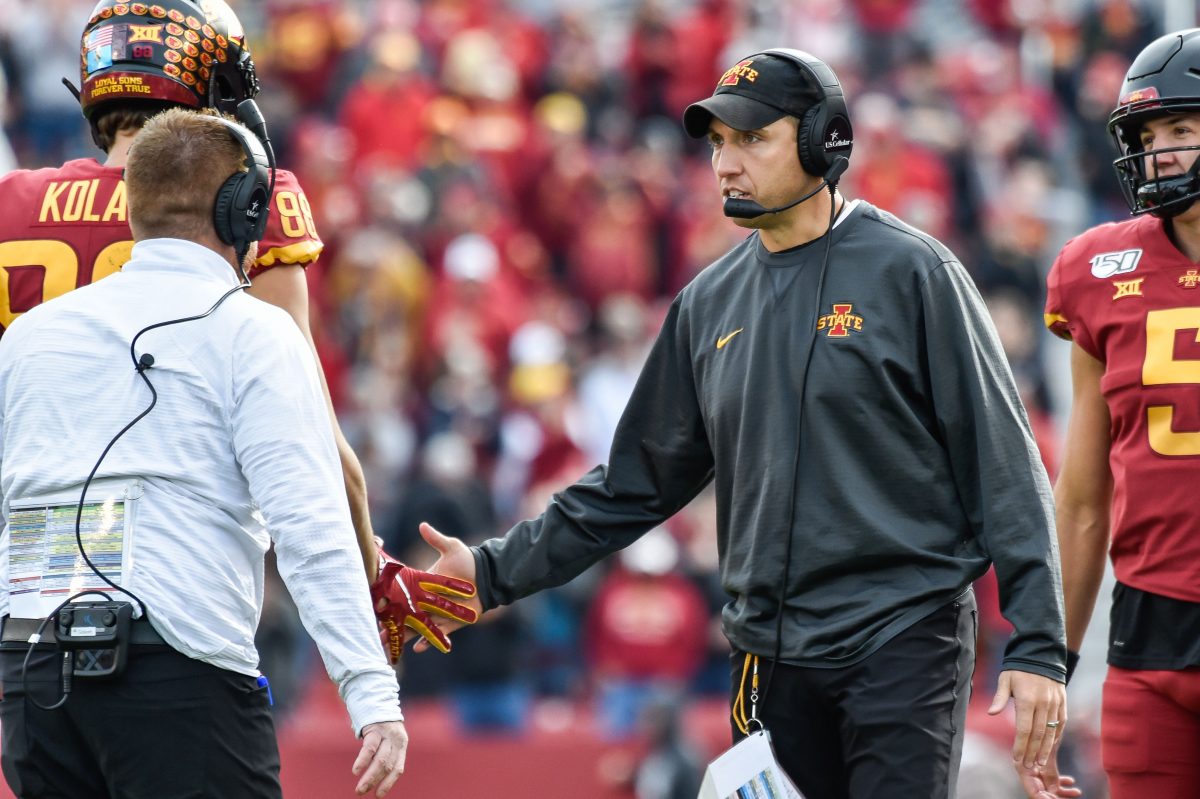 On Monday, we were given some clarity on how the Big 12 plans to decide when a football game will not be played this fall due to positive tests for COVID-19.

Iowa State athletics director Jamie Pollard told media during a Zoom call that the league has adopted a 53-man policy that will dictate whether or not a team is allowed to play. In this 53-man policy, each position group is required to meet a certain number of available players during the league’s antigen certification tests, which will take place on Fridays prior to games.

In the event those player thresholds are not met, the game will either be rescheduled for a future bye week or deemed a no contest.

“As long as you have at least 53 players certified to play and you’ve got at least the minimum number at those positions comprising that 53 then you have to play,” Pollard said. “It was a uniform policy that we wanted to adopt in order to take some of the gamesmanship that could happen potentially later in the year. Not saying people would do that, but we know people would do that or there would be a perception that people could do that. By having a 53-man policy, that’s what the Big 12 adopted. We are also mandating that policy onto our non-conference opponent.”

The last piece of that quote means the University of Louisiana, the program Iowa State will open its season against on Sept. 12, will be held to the same guidelines and have the same resources, including the Big 12 agency tasked with conducting the Friday certification tests.

“The University of Louisiana will have two tests done on Sunday and Wednesday,” Pollard said. “Then the Big 12 will send in an agency to go to Louisiana and provide the Friday morning certification test to know we’re all playing out of the same deck of cards.”

Adopting such a plan puts further pressures on coaches to adopt mitigation strategies that will ensure the program’s ability to field its required 53-man roster 10 times (or as close to it as possible) during the fall. The details of how Iowa State plans to do that have not been publicly made clear, but the assumption can be made that the program has made changes to its practice protocols and the way it conducts its daily work in order to be in the best possible situation when those Friday certification tests arrive.

Whether it be staggering practices based on depth chart position or holding position meetings completely over Zoom, like most things in 2020, the process of navigating the college football season will be unlike any before it.

“Some coaches are finding out the hard way. We’re blessed. We’re blessed because we’ve got an incredible head coach and I don’t mean that just because I’m sitting here as the Iowa State athletics director,” Pollard said. “I could not have picked a better person to be in the bunker with during this process. I didn’t know that going in. I did not know that going in. When I say going in, I mean going into COVID. I’ve always thought Coach Campbell was a very special person, but to watch how he has navigated this process is absolutely phenomenal. Unless you’re really in it here and know what’s happening on a daily basis, that may sound like coach speak or AD speak, but I’m telling you coaches that were able really early on to block out all their normal coaching tendencies of if I yell the loudest I get what I want, neanderthal thought process and have approached it so logically, so rationally, so unemotionally, as Matt would say, it won’t be Iowa State that shows up and doesn’t have a team, because he’s methodically worked his way through this.”

Pollard also noted that the league has already created tiebreakers in the event of league teams ending the season with unbalanced schedules, i.e. one team playing seven or eight league games rather than the scheduled nine. He did not give complete details on those tiebreakers, but one should expect to see them from the league in the not so distant future.

As noted above, this season will be unlike any in the previous 150 years of college football. Between three tests for COVID-19 a week, contact tracing, unbalanced tiebreakers and every other step taken in order to move forward, the coaches who navigate the off-field changes the best will likely be primed to lead the most successful teams on the field.

“If we’re able to get through the entire season, I would contest that the team who is going to end up on top at the end of the year is going to be a combination of a very athletic team, a very mature team and a team that is coached by somebody that is an absolute artist of figuring out how to navigate all this,” Pollard said. “We’re blessed that we have Matt Campbell, because, I used this statement a long time ago, but the man is playing chess while everybody else is playing checkers. Do I think somebody is going to default out with the 53-man roster? I’ll bet somebody does, because there’s some coaches who just can’t get out of their own way and you had to adjust. You had to adjust in ways that you never could have even imagined you’d have to adjust.” 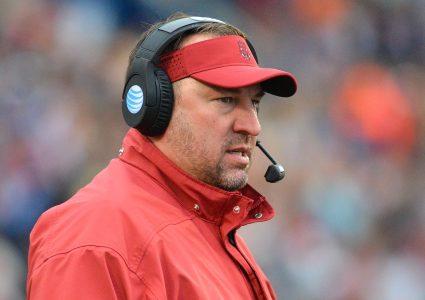