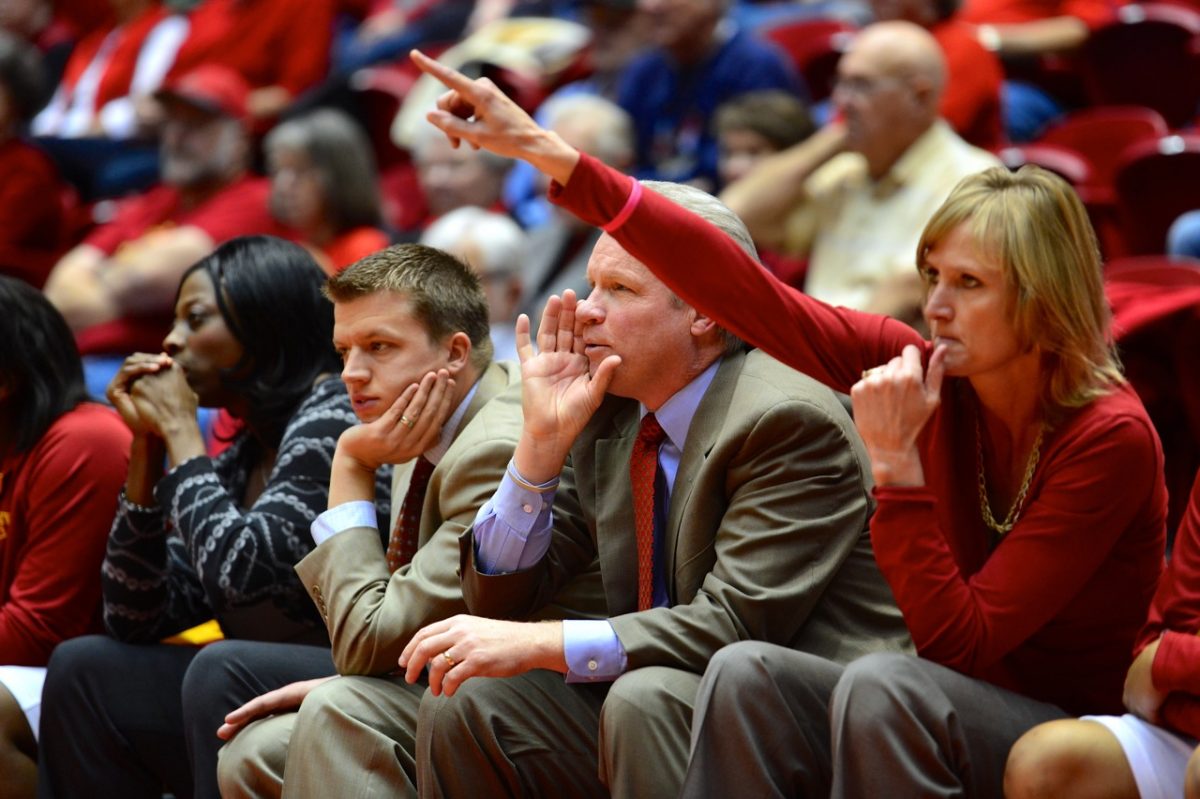 The 2019-20 Iowa State women’s basketball season probably can’t compare to the craziness we’ve seen since it was brought to an abrupt, premature halt.

At the very least, it tried. And, for assistant coach Billy Fennelly, it was one filled with new lessons.

From the start of the year, the Cyclones battled injury woes to some of its most critical players. The staff coached a game hours after losing head coach Bill Fennelly’s father, and Billy’s grandpa. They ended the year beating one of the top teams in the nation in their final game before the season was canceled.

There were a lot of storylines.

Although, storylines aren’t usually something that makes a team’s season better. Usually, the less news, the better the team is finding its way – generally speaking.

This team, though, found a way to make it work.

“Coach (Jodi) Steyer, Coach (Latoja) Schaben and I all talked about it towards the end of the season,” Billy Fennelly said. “Even before the Baylor game. To be in that discussion, where you’re checking bracketology and having articles written about you being on the bubble and everything was amazing.”

Like many teams, Iowa State didn’t get to finish the season, and that was crazy on its own. However, the madness was rampant even in November.

Returning star Kristin Scott was battling back from an injury early in the season and was limited in the Cyclones’ first game against in-state rival Drake.

The team lost that game to the Bulldogs and also each of its non-conference games against in-state foes.

“Earlier in the year we lost all three Iowa games,” Fennelly said. “We either had the lead or tied in each. Throw in that one of the players you thought was going to be a major contributor (Madison Wise) had a fluke (migraine-related) season. Kristin Scott battled health issues all year.”

Wise only started two games during the entire season and was inactive at times. She was battling migraine issues and, all of a sudden, the Cyclones were down two starters and senior leaders.

“I think there was one or two practices all year – out of 180 or 200 practices – where we had a full roster,” Fennelly said. “I think it was probably the best coaching job (Bill Fennelly has) done that I can remember, and Coach Steyer and Schaben agree with that, they’ve obviously been here a lot longer.”

Iowa State needed players to step up in spots where they lost talent to injuries. They needed help transitioning younger players to conference play.

By the end of December, things had started to shift.

A culture was being re-created in the program that seemed to be evolving, even in Bill’s 25th season at the helm.

Iowa State had nearly set a school record for three-pointers in their first conference game, against Texas Tech, blowing out the undefeated Lady Raiders.

“(The players) were unbelievable,” Billy said. “This isn’t the easiest system to walk into.”

The coaching staff developed, too, and learned how to utilize a speedy junior college transfer in Jade Thurmon.

Going into this season, she had played just 90 minutes across 15 games.

“(Thurmon) who lived her whole career on being faster than everybody else,” Billy said. “We run a lot of different stuff and a lot of different sets and it took Jade a while to harness her ability in a way for her to be successful here. We learned along with her. We were making things too difficult.”

It fell into one set where they made the play as simple as possible.

All Thurmon had to do was run to the hoop and make a layup.

“We said the first two plays, we’re going to run a ball screen and clear up the side,” Billy said. “Don’t use it just go as fast as you can down the side and make a baseline layup. That’s exactly what she did. We had to change and make things work.”

Thurmon became a tool that could be utilized on different nights of the year.

A few players did.

There was almost an unsung hero – different players – popping up each night.

“You end up getting to the last game of the year and in the first quarter, Morgan Kane is at the floor while Maddie FredErick is playing the five,” Billy said. “Who would have thought that?”

The success can be attributed to the culture, players, and coaching job that was seen develop as the year went on.

And it’s something the Cyclones want to run with.

“That’s where our team chemistry was good,” Billy said. “Our culture is awesome. That helps you overcome a lot of different things.”

And if the culture helped that Iowa State team become one that could upset the best in the nation, think of what a team equipped with its best recruiting class of all time is going to do.

“That’s one thing we try to impress upon our incoming freshman, is that they’re coming into a very special environment,” Billy said. “We’re going to be capable of doing special things.” 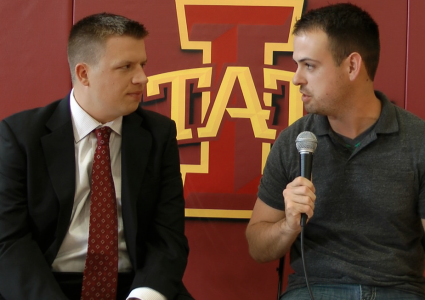