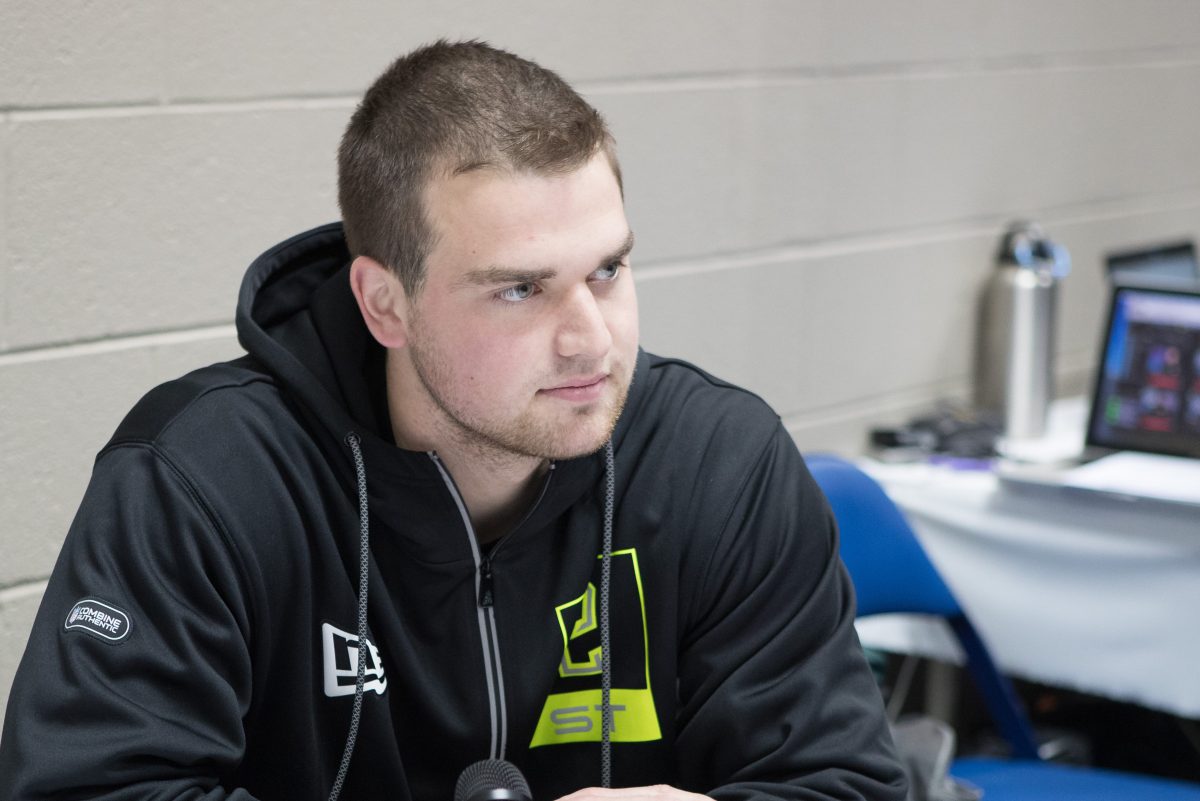 He hops in his car and drives. It’s about a 40-minute jaunt that takes him deep into Iowa’s farm country. Once he gets out, he exhales, ready to get to work.

“There’s cows across the way and stuff like that,” said Wirtel, who is hoping to hear his name called during the NFL Draft, which starts today and concludes on Saturday. “All farmland. So it’s Iowa in a nutshell.”

Wirtel — who is Mel Kiper Jr.’s “No. 1 guy” at long snapper, according to an article by Tommy Birch in the Des Moines Register — performs strength training exercises at this undisclosed location on Mondays, Wednesdays and Fridays.

And he has company, but socially distanced company, of course.

There’s plenty of room — and hand sanitizer and Clorox wipes and cleansing sprays and sinks for washing hands.

All four former Cyclones are both careful and committed.

“To be around Julian and Bryce and Matt as well, it’s really cool, because they’re just like me,” said Wirtel, who posted the best 40-yard dash time for a long snapper at this year’s NFL Combine (4.76 seconds). “We’re just a bunch of guys who really just want to live out the dream of playing in the NFL. It’s the ultimate goal of making the 53-man (roster) and winning a Super Bowl. But it’s been awesome. Those guys — obviously I’ve been with them the past four years grinding away. From the summer workouts to winter workouts to game day, we’ve just been each other’s biggest fans and that will continue to go on even past the NFL. I wish those guys the best of luck.”

All of Iowa State’s 2020 pro prospects would be considered long shots by outsiders. Most — if not all — won’t be drafted, but all will be afforded hard-earned opportunities nonetheless.

One long snapper has been selected in each of the past five NFL Drafts and Wirtel obviously hopes it’s him this time around.

“It really gives me goosebumps to think about it,” the 6-4, 235-pounder from Orland Park, Ill., said. “I’m just really excited for the NFL Draft and if I’m fortunate enough to be drafted, it will just be one of the best days ever. And if I’m not, then I’ll be put in a situation to find the best fit for me.”

One of the qualities that set Wirtel apart is his athleticism. That best-ever-for-a-long snapper 40 time at the combine was no mere coincidence. Wirtel has natural gifts, but he hones them through consistent hard work.

“The biggest thing for me, even in the recruiting process and now, obviously trying to make that transition to the NFL, was finding a way for myself — you know, how can I separate myself from any other snapper?” Wirtel said. “When you get to this point now with all these snappers going to the NFL, they’re all consistent and can block, too. So the first two, that’s the biggest piece of it. The third piece is, how can I separate myself with my athleticism? I went out and showed that at the combine. … I’m an athletic guy and at the end of the day I take pride in my athleticism and really going out there and being a football player after doing my job of snapping and protecting. Getting downfield and making plays, I think that’s a really valuable asset that I really have in me. I really do believe that my athleticism — I’m the most athletic guy in the country for a snapper and I think it plays into really just going out there and being the best version of me.”

Soon, Wirtel will find out where his next best destination will be.

And for the past couple months — when he’s not strength training in the countryside — he’s been mastering his deep snapping skills near what ISU’s players call the “Field of Dreams.” He works with current Cyclones long snapper Connor Guess at that well-known location: A small cornfield near ISU’s outdoor practice field.

“You only need 15 yards of grass,” Wirtel said.

Dreams take flight there for Guess, too. He has a chance to follow in Wirtel’s footsteps; to make a name for himself in one of football’s most unique positions.

“It’s kind of a win-win for both of us,” Wirtel said. “I stay up on my craft and he stays up on his as well. It’s even an opportunity for me to help coach him and kind of give him some of the tips and tools. Like I told coach Campbell, ‘I’m here. I’m here all spring right now and willing to work with Connor and really set him up in a spot to succeed as well and be the guy next year.’ So overall I can’t complain about any of that stuff because it’s really kind of been the same for me. I’m just really fortunate that I can say that.”

As for his three workout partners around 40 minutes from Ames, Wirtel values them as both as friends and fellow competitors. He even talked them up when speaking with team reps at the Combine. The ISU brotherhood runs deep — and far and wide.

“I really just made a point to say, ‘If you’re lucky enough to get any of those guys I played with, you’re going to get a tough, gritty guy who just loves football and wants to come ready to work every day,’” Wirtel said. “Those guys are a perfect example of that.”

So is he. Cue the goosebumps. Peruse the roadmap.

“I’m just really excited to kind of take in this moment and find out wherever my opportunity is,” Wirtel said. “I’m just ready to work.” 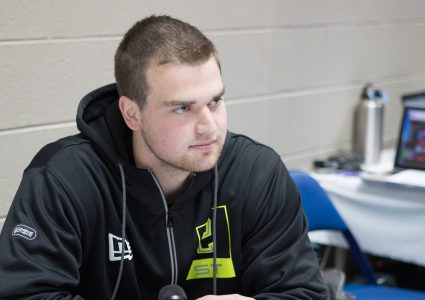 Wirtel stands out at NFL Combine, posts fastest 40 time ever by long-snapper 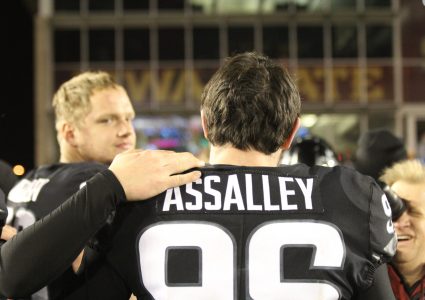 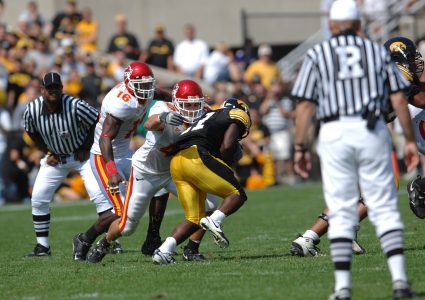 WHERE ARE THEY NOW: ISU standout DE Shawn Moorehead