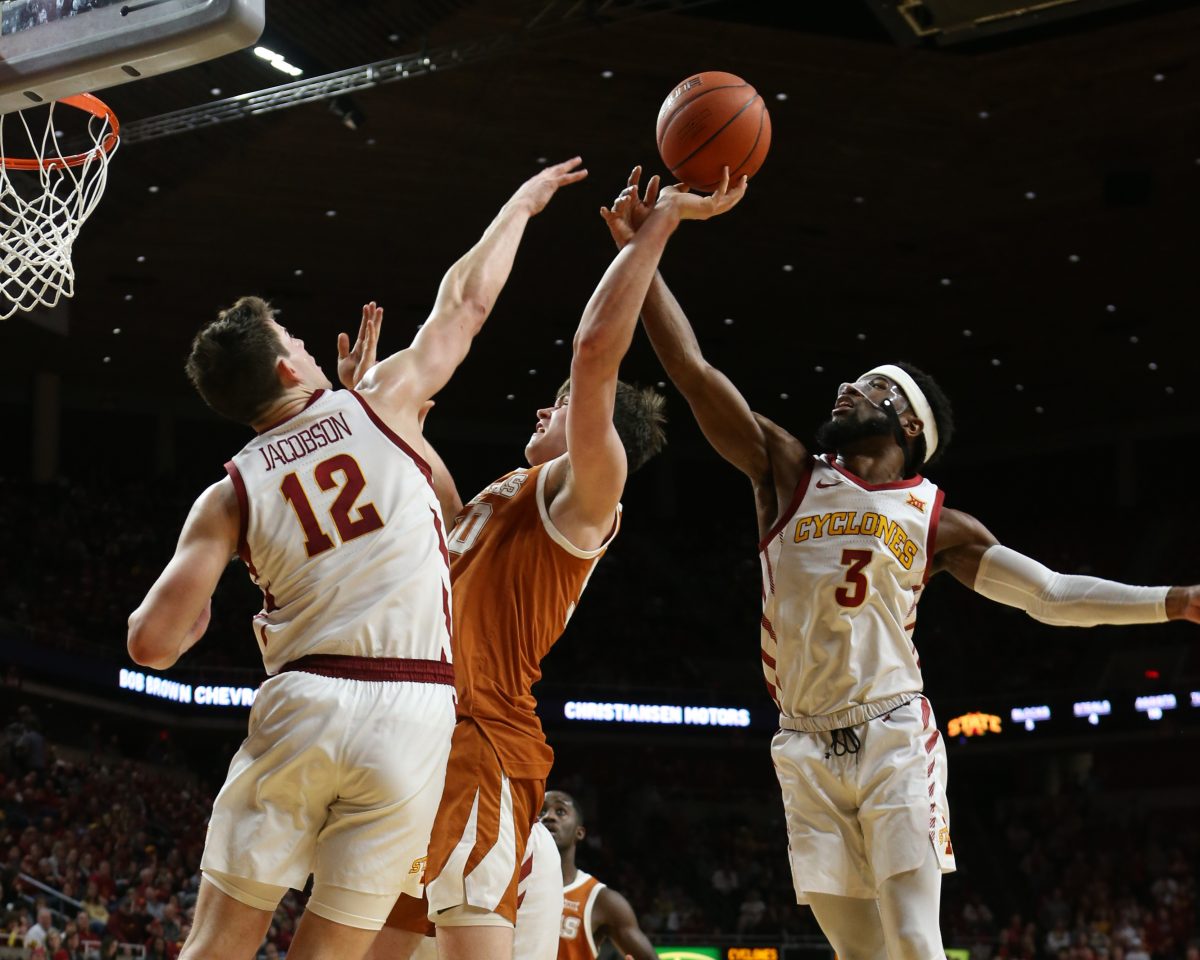 At Hilton Coliseum, too.

He saw many magic-tinged wins — and plenty of disappointing losses, as well.

Tuesday night against West Virginia, the 6-9 Waukee High School graduate will play his last home game as a Cyclone.

And despite the many ups and downs of his career — along with the team’s mercurial fortunes — he’ll prize the experience of playing for a school he grew up loving. A school that recruited him both in football and basketball. A school at which his grandpa, Bob, played both football and baseball.

“Obviously the sit-out year was something in itself,” said Jacobson, who earned all-Big 12 Tournament honors last season as the Cyclones surged to a championship in Kansas City. “Last year was, you know, unbelievable and then this year obviously didn’t go the way we wanted it to, but I don’t think I would trade it for anything. A big thing would be the fans. The support is unbelievable and they definitely make it a special place and a special environment.”

West Virginia once sat 6-3 in the Big 12 standings but has dropped six of its last seven games — including a rare double-digit home loss Saturday to Oklahoma.

The Mountaineers remain dangerous, though, largely because of an elite defense that can turn teams over with full-court pressure and still stifle offense in the half-court, as well.

That — along with well-documented defensive woes — has been an ongoing issue all season.

“We’ve got to be good defensively, to where we’re not just getting overpowered in the paint,” Prohm said. “We’re not giving up second-chance points. We’re not putting them on the free-throw line, because then the game slows down and they’re able to set their press. … We’re trying to figure out an offensive game plan to spread them out and attack the basket and make good decisions, but, man, really, you’ve got to be really good against them defensively. If we can do that, it opens up a lot of things for us offensively.”

Regardless of the outcome, Prohm’s tradition of having his seniors open up with a mic to address the fans after the game will continue.

Nixon — who transferred from Colorado State where he played for former ISU coach Larry Eustachy — said it will be hard to put into words what being a Cyclone has meant to him.

“In college, you try to push off that senior day as far as possible,” Nixon said. “But it’s here. Time waits for no man. It’s here and I’m still trying to get my words together, what I’m going to say. There’s so much you can say about this place, about these people. Coach Prohm and his staff, my teammates, my family — there’s only so much you can say in such a small amount of time. But I appreciate coach Prohm for giving me the opportunity to play here. I’m grateful for the fans’ support, no matter what’s going on. It’s easy to fall off, but they stayed here and supported us through it all. I can’t put into words how I feel about this place.”

He just did, as did Jacobson. And despite a season filled with shooting struggles and more losses than wins, that’s saying something for those two seniors, who both have graduated, but still want to make some noise in the few games that remain in their college careers — and for the younger players in seasons to come.

“We’re big on definitely doing things the right way,” Nixon said. “You can’t really control the game. Stay in the gym. Keep chipping away at it. Keep watching film. Be a good person with good habits and good things will happen. They may not happen right away. We all want them to happen right away, but things don’t happen like that. Life doesn’t happen like that. Just sticking with it, sticking with the process, like I said, a breakthrough will happen. We don’t know when it will happen, but it will happen.” 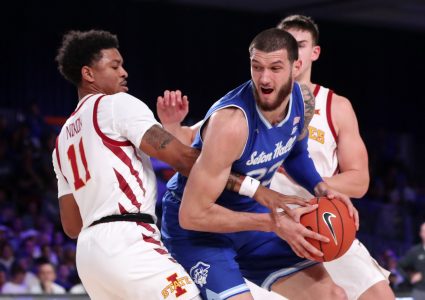