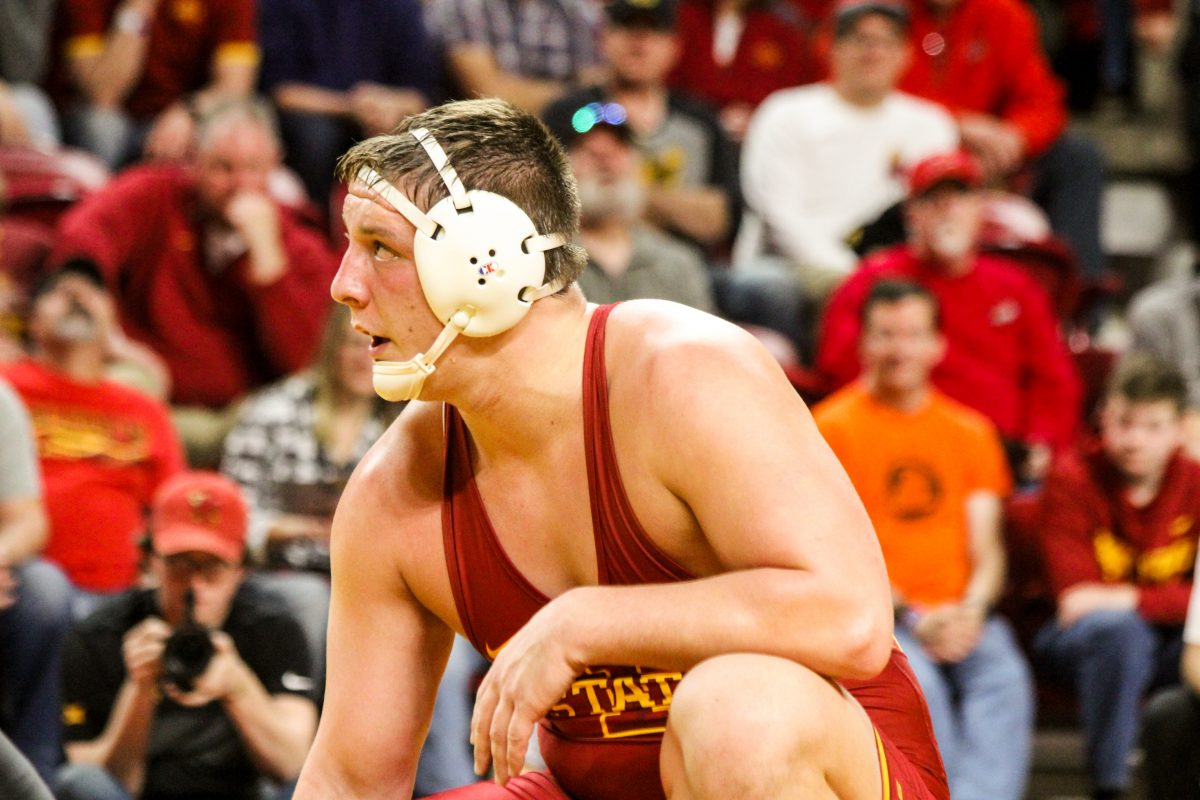 The Cardinal and Gold jumped out to a 20-0 lead over the Bulldogs with four-straight wins to open the dual. The four-match win streak was punctuated by a second-period fall from Jarrett Degen.

In his return to the mat, Degen took on Greg Gaxiola of Fresno State. It was a tight match in the second period, tied at 4-4. Degen won the position on a scramble and brought Gaxiola’s shoulders to the mat in 4:27 for the pin.

After receiving a forfeit at 125 pounds, Todd Small and Ian Parker posted back-to-back major-decision victories at 133 and 141 pounds, respectively.

Small used a 12-point third period to push past Gary Joint by 17-4 major decision. In total, Small tallied four takedowns in the match, a reversal and a four-point nearfall to go along with his 2:09 of riding time.

Parker posted his eighth-straight victory in a 9-1 major decision against DJ Lloren. Like Small, Parker was dominant in the third period, scoring two takedowns and filling his riding time up to 3:19.

Fresno State didn’t go quietly. The Bulldogs rattled off three-straight wins at 157, 165 and 174, bringing the dual score to 20-9. Iowa State would go on to claim the final three matches to slam the door on FSU’s upset bid.

Marcus Coleman got the Cyclones back on track at 184 pounds. After a scoreless first period, Coleman tallied eight points in the second period on a two-point nearfall, a takedown and a four-point nearfall. He added a reversal and another takedown in the third period to secure a 13-2 major decision over Hunter Cruz.

At 197 pounds, Joel Shapiro locked in Iowa State’s second pin of the night. Shapiro scored in the first period on a dump, followed by a pair of four-point nearfalls. In the second period, he reversed Isaiah Perez and pinned the Bulldog in 4:19.

Gannon Gremmel put the finishing touches on Iowa State’s win in Fresno. Gremmel racked up eight takedowns as he rolled through Danny Salas by 21-8 major decision.

Iowa State will remain on the road next weekend. The Cyclones are set to travel to Norman, Okla., where they’ll take on Oklahoma on Feb. 9 at 2 p.m.