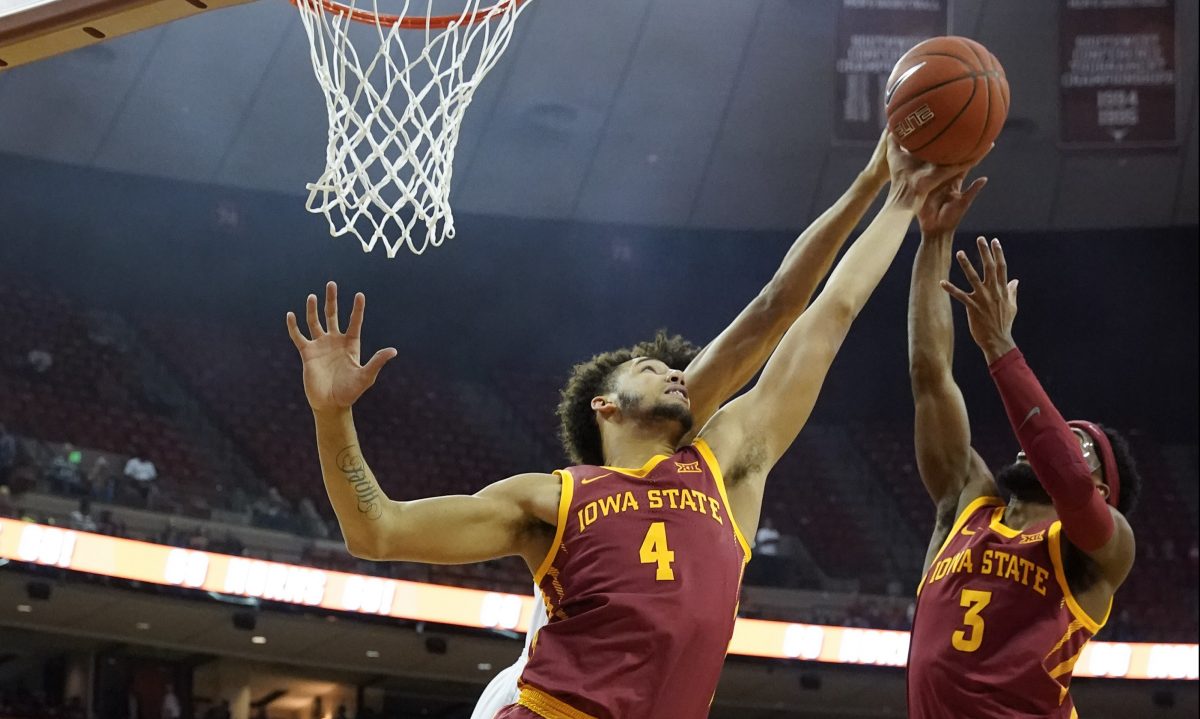 That’s a full 12 minutes more than he’d previously been on the floor in a game — and one thing about it surprised him.

“I wasn’t as tired as I thought I would be,” said Jackson, who likely will be more drained however many minutes he plays after Wednesday’s 6 p.m. game (ESPN2) at No. 13 West Virginia. “I’m just doing whatever I can to help the team win.”

Victories have largely eluded the Cyclones (9-12, 2-6) in Big 12 play — and especially on the road. ISU is the only team in the league not to win at least one true road game this season and Morgantown’s been a house of horrors in recent years.

The defense-driven Mountaineers (17-4, 5-3) have won four straight at home against the Cyclones by an average of 12.8 points. They’re elite defensively (No. 2 in the country, according to KenPom) and on the offensive glass (No. 1, also per KenPom).

“They are pressing, whether it’s on the ball, off the ball, run and jump,” ISU coach Steve Prohm said. “They’re very, very physical. You’ve gotta attack all 40 minutes. You have to make play after play on the offensive end and then defensive end you’ve gotta be physical every position because they’ll post all — really basically depending on who’s at the point, you could be one through five, they’ll post you up. Then they’re going to try to go get it and rebound it and so they’re a very, very physical team 15 feet and in.”

All of the above forms a nightmarish set of matchup problems for the Cyclones, who haven’t performed well against tough and talented front courts.

That has to change Wednesday if ISU hopes to give itself a chance to compete into the closing minutes against a Mountaineers team that stands 11-0 at home this season.

“A very tough team,” said post player George Conditt IV, who played just five minutes in last Saturday’s Texas loss. “If we thought Baylor was tough, then we’ve got a heck of a week this week. Just got to go in here and challenge ourselves. Not only me, but the whole team. We’ve got to pick it up a notch and I understand that. So I’m gonna do what I’ve gotta do to help my team.”

Conditt’s ability to protect the rim and affect interior shooters will be key Wednesday. His numbers — both defensively and offensively — have dipped in recent weeks, but the talented sophomore has taken a proactive approach to correcting those issues.

“I’ve just got to get back in the gym,” said Conditt, who reached out to Prohm and his dad after the Texas game in an effort to be self-accountable for recent struggles. “I had a bad mindset. I’ve looked at things differently. So when I came back from Texas, I just sat down, got on the phone with my dad and just talked and talked and talked. He listened. And then he told me what I needed to do.”

“Start over,” said Conditt, who had 39 blocked shots in the first 15 games this season, but just one in the past six. “Not in the sense of, like, start all the way over, but just start your mindset over. You came into this season with a goal. You know what you wanted. Early on, you were competing to get that goal. These last few games, you haven’t. You just need to get back to it. … He told me this and it’s been sticking with me. He said, ‘Tough times don’t last, tough people do.’”

And to last all 40 minutes against West Virginia, that toughness must ripple through both the mental and physical realms.

Jackson — who sat out the 80-76 loss two a week and a half ago at No. 11 Auburn because of a broken nose — hasn’t experienced the Mountaineers’ uniquely bruising brand of toughness yet.

He’s drilled 11 of 25 3-point attempts in Big 12 play after a slow start from long range, but all of his looks Wednesday will be sternly contested by West Virginia’s extended defense.

Every shot. Every minute. All 40 of them.

“I’m anticipating them being real physical,” said Jackson, who fouled out in the closing seconds at Texas. “A big team. We’ve just got to come out there and do what we need to do to win.” 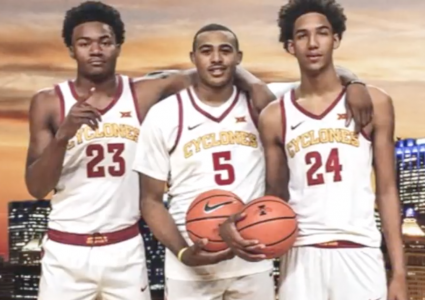