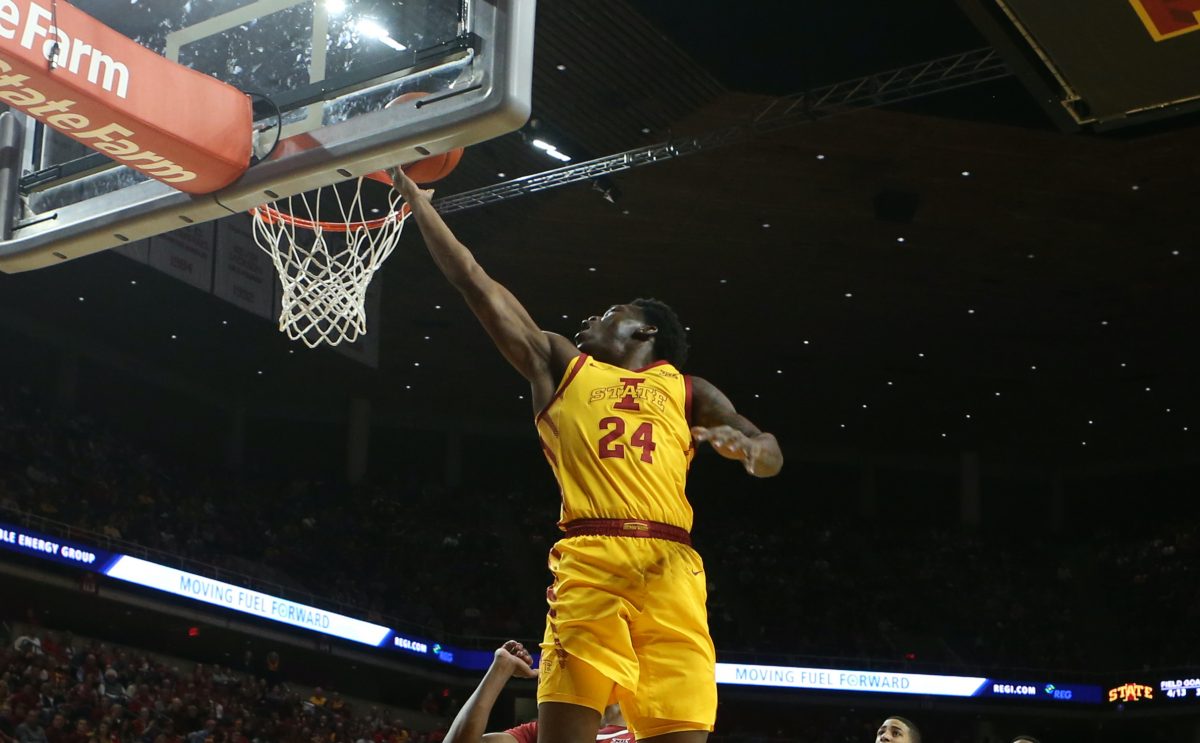 That was the recipe for Iowa State on Saturday in an 81-68 dismantling of Oklahoma, clinching the program’s first Big 12 win of the season and snapping a three-game losing streak that represented the deepest valley the folks in Ames had seen in more than a decade.

Before the game reached the under-12 timeout of the first half at Hilton Coliseum, more than half of Steve Prohm’s roster had already seen the floor. The headliner of that group is, obviously, sophomore center George Conditt, who made his first career start in place of junior Solomon Young.

Young was the last of those nine Cyclones to check-in when he headed to the scorer’s table with 12:18 left in the first half and Oklahoma holding a 14-10 lead.

In most games this season, that would have been roughly the point when Conditt, who finished with eight points and four rebounds on Saturday, made his first appearance on the court as the initial Cyclone off the bench.

On this night, Prohm made his first substitution of the game at the under-16 break with swingmen Terrence Lewis and Zion Griffin relieving seniors Prentiss Nixon and Michael Jacobson, the duo that has drawn the majority of consternation from Cyclone fans during the team’s skid started by a loss to Florida A&M on New Year’s Eve and a blowout loss to No. 3 Kansas in this same building on Wednesday.

CFTV: Lon Kruger on what was different about Iowa State tonight from what he saw on film pic.twitter.com/8t0M2yCwRi

Lewis and Griffin, alongside starters Tyrese Haliburton, Rasir Bolton and Conditt, were together on the floor for roughly two and a half minutes, a span in which the Sooners built the biggest lead they would hold in the game at five points with 12:36 on the clock. That is the point when freshman Tre Jackson replaced Bolton and Young capped the string of subs by coming on for Conditt.

About 30 seconds later, Lewis was fouled while going up for a shot off of a baseline back-cut to trigger the under-12 and send each team back to their benches.

Lewis made the second of his two free throws once play resumed.

The two teams traded missed 3-pointers before Haliburton got his long arms into a passing lane, corralling the ball into the hands of Lewis on the backside. The Milwaukee native took it the length of the court to finish a transition layup.

Haliburton found Lewis on another cut the following possession, this one in the middle of the floor, with a splendid pass from the baseline for another easy layup, giving Iowa State the lead — for good. Another turnover forced by Haliburton turned into a layup for Young then OU missed another 3-pointer.

Lewis, who finished the game with 10 points, his first double-digit output against a high-major opponent since Feb. 27, 2018, splashed home a 3-pointer 23 seconds later to cap a 10-0 run and force OU head coach Lon Kruger into a taking a timeout.

All 10 of the points in the run were scored by players who came off the bench.

“Whoever is producing, we’ve got to roll with them. What it does is it just continues to give you more confidence in those guys,” Prohm said after the game. “I was going to go deep into my bench and trust those guys and see who could really give us a spark… I wanted to give the bench a chance and see if they could play and provide us a spark. They did.”

Neither Nixon or Jacobson returned to the game in the first half, but that can largely be credited to the play of their replacements more than any performance of their own. Lewis, Griffin and Jackson specifically were tremendous in helping the Cyclones build a lead that, more or less, ended the game before halftime.

Of course, that trio was certainly helped by the starters, Haliburton, Bolton and Conditt, who joined them on the floor during the last 10 minutes of the half at different points. But, it was Prohm’s willingness to rely on his bench and trust a group of relatively unproven role players against a Big 12 team that really allowed them to force turnovers with active defense, play selfless offense and with an energy unlike we have seen from the team in at least a month.

Lewis, a player who has spent most of the season buried at the end of the bench and left fans asking questions about his status in the program, played the best basketball of his three-year career in Ames. Jackson knocked down 3-pointers for the first time in what seemed like forever and harrassed the Oklahoma guards defensively. Griffin’s impact did not show up on the stat sheet as much, but his activity set a tone, especially on the defensive end.

“All of those guys off the bench did some really good things and provided great energy,” Prohm said. “I thought the last 15 minutes of the first half we played with really, really good energy and great hands.”

What Iowa State will do with its rotation now, with a pair of top-25 road games looming this week, remains to be seen. Prohm largely went back to his normal group in the second half and they did more than enough to keep Oklahoma from ever truly threatening the Cyclones’ lead.

With that said, there is no doubt in my mind each of those three earned more time on the court moving forward into Wednesday night’s matchup with No. 4 Baylor, who blitzed Kansas at Allen Fieldhouse on Saturday and might be playing as well as any team in the country.

Lewis’ cutting ability is a perfect compliment to Haliburton’s passing, plus he has been one of the team’s more consistent shooters in the minutes he has gotten. His defense remains a work in progress, but Prohm’s decision to start the team out in a zone upon Lewis’ entrance into the game allowed him to settle into the game with fewer things to think about on that end.

Jackson being able to knock down shots from deep could be a game-changer as he finished with 12 points on four made 3-pointers. Griffin’s activity on the defensive end creates a great curveball to any of the Cyclones’ other options in the frontcourt.

“It also gives guys a little bit smaller stretches of playing time and maybe keep us a little bit more physically and mentally into the game to where we’re not getting run down on defense,” Prohm said. “We have to play with a great pace on offense. Defensively, we’ve got to figure out ways to guard and stop people. You look at our league, our league’s trending this year more to a defensive league than a free-flowing offensive league like sometimes it’s been in the past.”

Having Haliburton (15 points, eight assists, five rebounds and three steals) and Bolton (23 points on 10-of-17 shooting and six assists) playing at a high-level obviously makes a big difference for this team. But, the reality is just those two cannot carry Iowa State offensively on every single night unless they are going to put together long stretches of Superman type performances.

This is a team that will have to rely on every guy that puts on a cardinal and gold jersey, especially when it comes to facing teams like they will this week in the Bears and Texas Tech.

“We’ve had 15 games and we’ve played three bad games. That’s the reality of it. We just got to keep working, keep getting better. This league provides you with a lot of opportunities (for big wins),” Prohm said. “We’ve gotten Oklahoma, Seton Hall and Alabama. We’ve got to get some more as we go forward. It’s a great week to try and get one.”

Maybe, the Cyclones found the perfect recipe just in time. 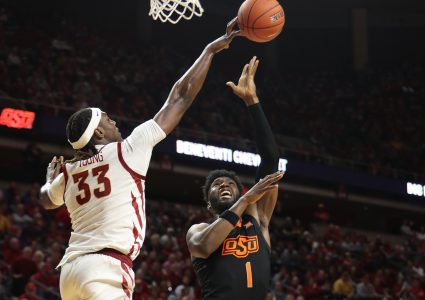