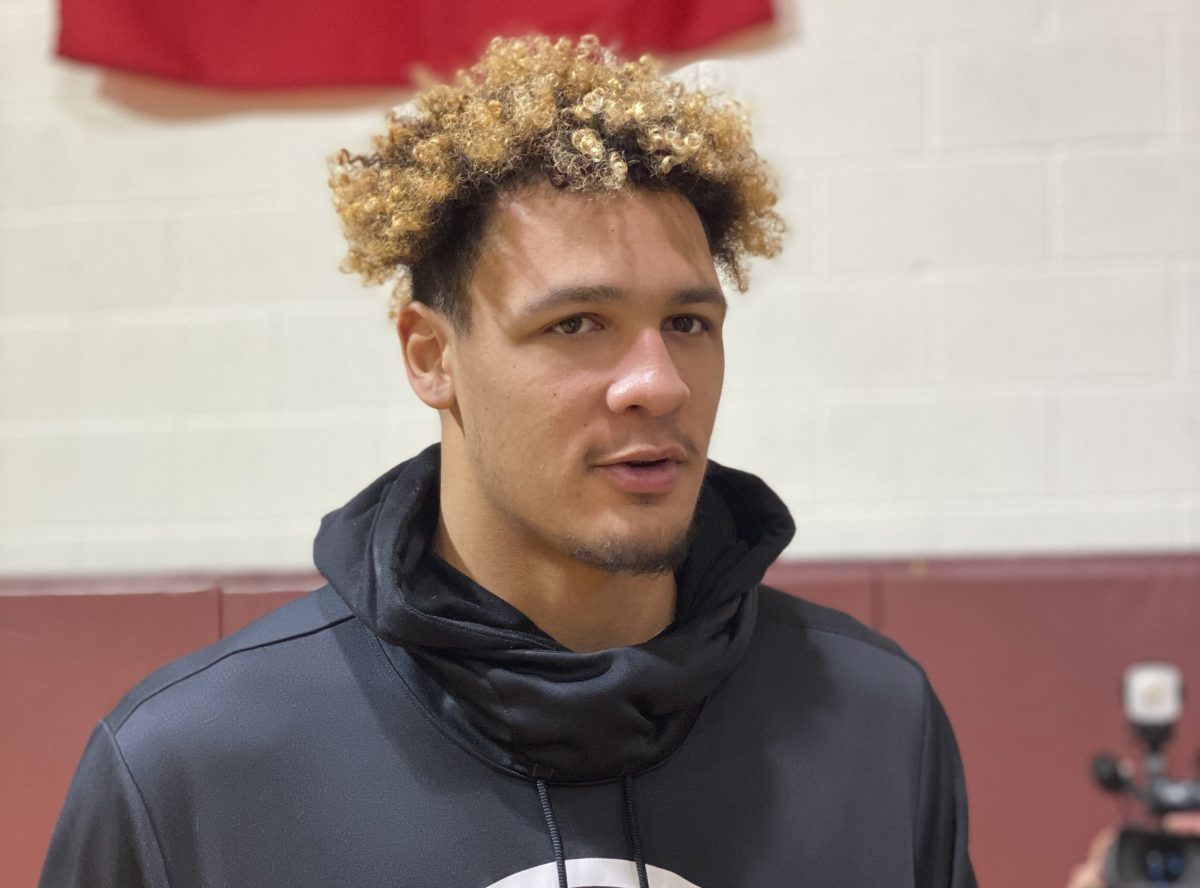 The next batch of Cyclones will officially sign with Steve Prohm’s program on Wednesday and there are plenty of reasons to be excited. From landing the state’s top players to perhaps the program’s next long, skilled guard, Prohm’s class fills multiple needs looking ahead to 2020.

Here are some thoughts on each of the four players expected to sign with Iowa State’s 2020 recruiting class that will end up as one of the 20 best nationally.

Iowa State capped off the biggest recruiting victory of the Prohm era since Talen Horton-Tucker when Foster announced his commitment to the Cyclones on Monday. The bonafide 7-footer has long been the Cyclones’ top target in the 2020 class and has been considered the state’s top player in 2020 since he was in middle school.

Plus, it doesn’t hurt to beat out arch-rival Iowa to land him.

The Oskaloosa native will bring an elite shot-blocking ability to the program the day he walks on campus. He surely will never block six shots per game at the college as he did during his junior year leading the Indians to a Class 3A state title, but paired alongside Iowa State sophomore center George Conditt the Cyclones could feature one of the Big 12’s longest frontcourts in 2020-21.

Foster will have to make gains both in the weight room and with his offensive skills, but there is big-time potential for the young big man on the offensive end. He will pair well next to Conditt coming into Ames more in the mold of a stretch-four than a true center and his athleticism should allow him to thrive in Prohm’s free-flowing offensive style.

The 6-foot-5 four-star forward was another one of Iowa State’s longtime top targets. Blackwell picked up an offer from the Cyclones in June 2018 and ended up choosing Iowa State over other offers from Florida State, Oklahoma State and Florida Gulf Coast.

Blackwell, who is considered the No. 126 player in the class and No. 28 small forward by 247Sports, will jump to the college level with the potential to make an immediate impact on the program, especially on the defensive end and on the glass.

His game is largely built on doing the things few high school stars want to do, but ultimately wins people games, such as rebounding, defending and being tougher than the guys across from you. Iowa State’s roster got considerably smaller overall with the departures following last season and the addition of Blackwell will be a big piece of getting back to the versatile roster full of long, rangy playmakers Prohm prefers.

It is not hard to find the comparison for Jaden Walker once you see his size, length, intangibles and recruiting rating. It was just two years ago when Iowa State signed its last 6-foot-5, 170-pound guard rated outside the top-250 upon his commitment.

That young man’s name is Tyrese Haliburton and he seems to have worked out pretty well.

This is not to say Walker, who is a native of Lawrenceville, Ga., will make the immediate impact Haliburton did, but he comes to Iowa State in the exact same mold. Rated as the No. 288 player in the class by 247Composite, Walker will likely have an opportunity to fill a void if Haliburton makes the decision to jump to the NBA after this season.

Walker is a willing passer and signs with the Cyclones considered the Big 12’s biggest sleeper recruit by Rivals’ Eric Bossi.

“Don’t be surprised if Walker eventually cracks the top-150,” Bossi writes. “He should be a high-level scorer for Steve Prohm.”

Dubar, a 6-foot-5 wing from Charlotte, N.C., is the most recent Cyclone to pop onto the recruiting radar, but it would not be a surprise to see him play a role for the program next year.

The three-star recruit considered the No. 354 player in the class, brings the versatility of being able to play and defend multiple positions on the perimeter. His offer list does not seem to match up with his ranking as he chose the Cyclones over offers from Auburn, Kansas State, Marquette and a handful of other programs.

He will play his senior season at Scotland Sports Campus in Pennsylvania, the same school that produced 2019 Iowa State target Clarence Nadolny, you ended up signing with Texas Tech.

At the end of the day, the thing that jumps out most about this four-man class is the versatility each player brings. All of the signees are capable of playing multiple positions on each end of the floor and indicate Prohm’s desire to get back to a roster composition similar to last year’s team that could play in a number of different ways depending on the personnel on the floor at the time.

Adding Foster was certainly the cherry on top that made this class among the best in the country, but all four players look to have a chance to end up being solid players in Ames.