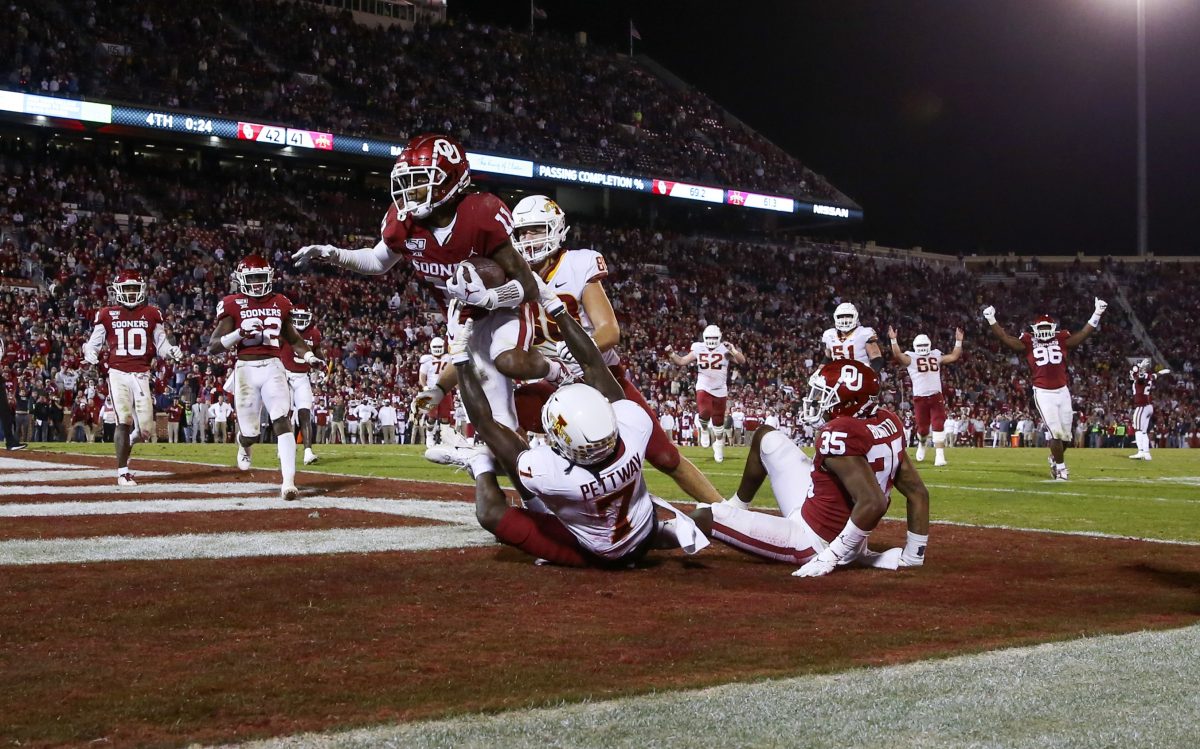 One play. Two prime options. Never a doubt that the Cyclones would go for the win after coming back from a 42-21 deficit fueled by two fourth quarter takeaways and a resurgent offense.

“Right when we scored, coach was pointing at the ref and everything and he said, ‘We’re going for two,’” said Purdy, whose potential game-winning throw to La’Michael Pettway was wrested away by the Sooners’ Parnell Motley to seal a 42-41 decision at Gaylord Family-Oklahoma Memorial Stadium. “They nodded at me and we went. We stayed on the field and we went for it. I think the decision was right to go for it. I just think we’ve just got to execute better and it came down to detail again.”

That’s where the devil — and fans’ curse words — resides. ISU (5-4, 3-3 Big 12) simply hasn’t made the one or two extra plays in key moments to prevent losing four games by a combined 11 points. Having chances doesn’t always lead to converting them — a reality the Cyclones are painfully aware of as the final three games of the regular season swing into view beginning next Saturday with Texas at home.

“Our kids always believe — they always have — and they just keep playing,” Campbell said. “Again, the world wants process, you want results. I believe in process and I believe what I see with my eyes and what I watch and witness from our kids and our kids keep coming. That’s all I can ask for. We, as coaches, gotta keep doing a better job of finding the ways to be more precise and add precision to this fight and toughness that these kids have shown all year.”

There were a slew of ISU penalties — 11 of them. There were three narrowly missed interception opportunities in the first half. There were two times the defense forced Oklahoma to go three and out that the offense mirrored immediately.

But it came down to one gutsy play. Try to win or kick a PAT in hopes of forcing overtime? On the road, the first option is usually best — especially when Purdy, who threw for five touchdowns and rushed for another — is your quarterback.

“When I see Brock Purdy just keep making unbelievable plays,” Campbell said when he asked why he chose to go for two with 24 seconds left. “I’d rather put the game in his hands. I trust him. I believe in him. He’s unbelievable.”

So Purdy lined up and took the snap. Tight end Charlie Kolar appeared to break open, but so did receiver La’Michael Pettway. Purdy made the split-second decision to try to thread a pass to Pettway, who nearly came up with it in tight coverage, but couldn’t prevent Motley from spoiling the comeback.

Replays appeared to show that Pettway may have been interfered with, too — as some national commentators noted on Twitter, but no flag came in a game that featured 18 of them.

Campbell wanted no part in any postgame talk of a possible missed call.

But the play unfolded as it was drawn up, except for the final execution piece.

“We had (Kolar) on a whip route into the boundary and then we had the ‘Z’ receiver (Pettway), which he ended up throwing the ball to, kind of on a deeper whip route. We thought they’d play man coverage, which is what they did,” Campbell said. “We’ll have to go back and look at it. I thought we had a guy open for a second and, man, it looked like we had a chance to catch the ball that got intercepted at the end of it, but give credit to them. They made the great play at the end of the game to win the game.”

That’s the next step for ISU, put keep this in perspective: Since the 1999 season, the Sooners are now 118-10 at home. They haven’t lost consecutive regular season game since then, either — and the Cyclones were a razor-thin margin from notching a second straight win in Norman.

So progress doesn’t always show on the scoreboard, or in the win-loss ledger. Just like Saturday night, unfortunately.

“Man, we just kept playing,” Campbell said. “Our defense did a great job of getting the ball back. We were able to score really fast again and then kind of get to put ourselves in a position to win the football game. It wasn’t perfect down there. I wish it was, but it wasn’t. So I think we had opportunities.”

The missed ones stood out most, especially at the end. Purdy connected on TD passes to Chase Allen, Tarique Milton, Sean Shaw, Dylan Soehner and Kolar.

The latter, a Norman native, spoke softly, but sharply about his quarterback after the game.

“Brock. I love Brock,” Kolar said. “The kid, the way he works and the way he leads this offense. … it’s amazing. The character that kid has, um, it’s like, it’s honestly like nothing I’ve ever seen before in my entire life. I’ve played with some fantastic athletes. I’ve played with the guys in the NBA, NFL here and there. I’ve never seen a kid like that, that just fights more than anything. So I have no idea what Brock saw. I trust Brock, man.  I’d go to war with that kid any day of the week.” 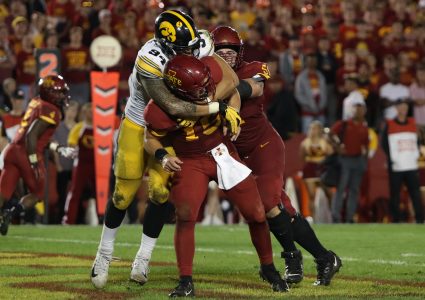