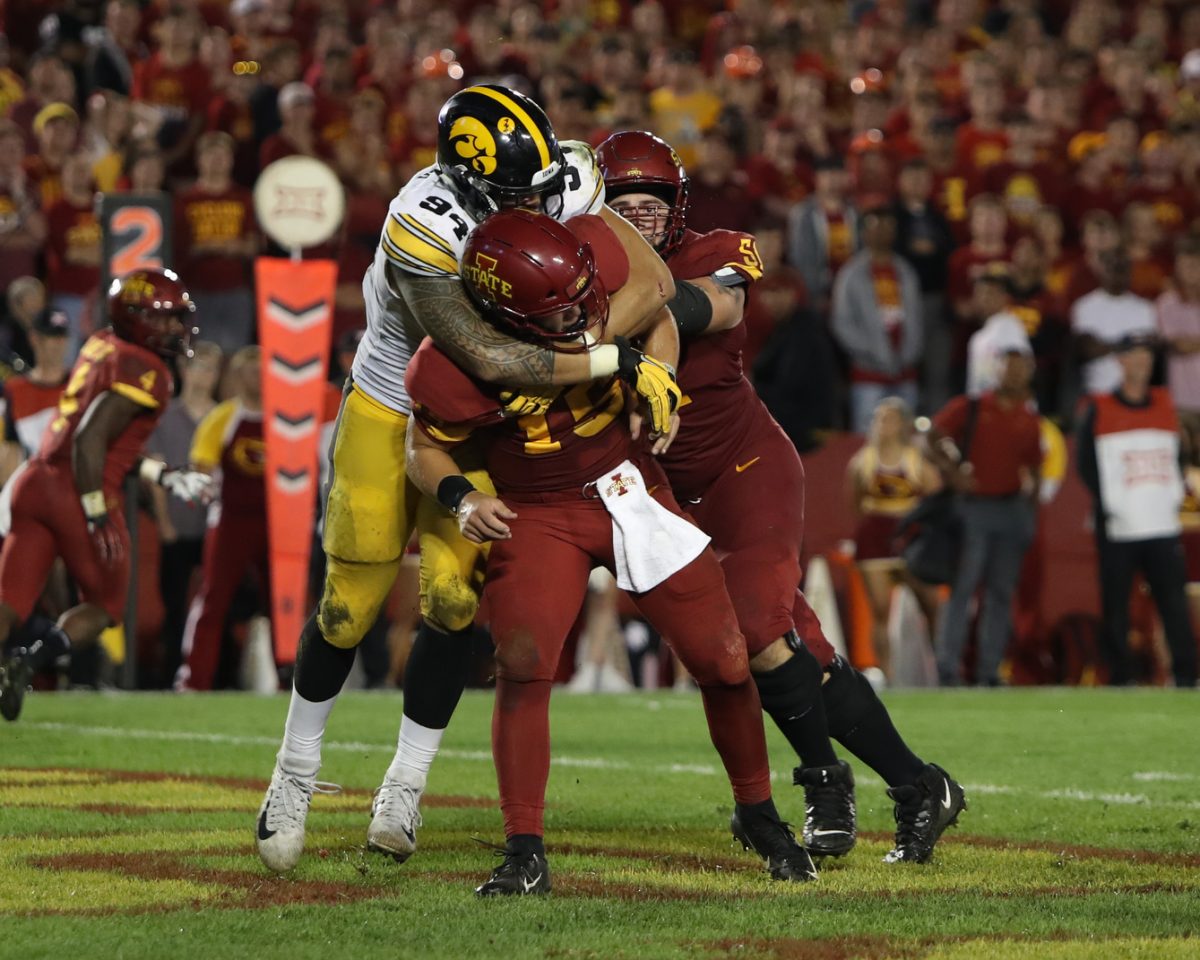 The Cyclones couldn’t get out of their own way in Saturday’s weather-delayed 18-17 loss to Iowa — and left the game with a litany of what-ifs, but the same sour taste in their mouths after this annual in-state rivalry matchup.

“At the end of the day, we can’t have more mistakes than the positives,” said ISU receiver DeShaunte Jones, who put his team up 7-3 in the first quarter on a trick play 51-yard pass to La’Michael Pettway. “I think that’s what we had tonight. At the end of the day, you can’t win games if you make mistakes and that’s with anyone in college football. It’s so hard to win in college football and if you make mistakes it makes your chances so much lower.”

Just like in the season-opening triple-overtime win over Northern Iowa — and even the narrow Alamo Bowl loss to Washington State — the Cyclones consistently failed to do the little things better than the opponent. It’s where they strive to (and often do) excel, so falling short deepens the angst.

“The game, obviously, in a lot of ways, frustrating,” ISU head coach Matt Campbell said. “And frustrating because it was our detail that really earned us what happened at the end of the football game in the fact of a loss. … That’s my job, that’s my responsibility. Obviously I didn’t do a good enough job to make sure those things were shored up because it’s really what caught us tonight.”

**What if star Cyclones quarterback Brock Purdy hadn’t had the ball poked loose at the Iowa 19-yard line with his team ahead 7-3 with five minutes left in the first half?

**What if ISU had forced a turnover — maybe on the pass break up at the goal line that preceded the Hawkeyes’ ultimately game-winning field goal with 4:51 left?

**What if penalties hadn’t helped end two of the Cyclones’ five fruitless drives into Iowa territory?

**What if the Hawkeyes hadn’t converted 10 of their first 16 third-down chances — including a third and 22, a third and 12 and a third and nine?

The list abounds but only adds to the head-shaking induced by a fifth straight loss to Iowa.

The Cyclones haven’t forced a turnover in the Cy-Hawk game since knocking a fumble loose in 2015 — and they lost that game, 31-17, anyway.

So lots to fix, but where to start?

“Watching film and analyzing it a little bit more,” said Jones, who tried to field a punt with 1:29 left — and hope still flickering — only to have Datrone Young knock into him and produce ISU’s second turnover of the game. “Just focus in on the things we did wrong and try to correct them at practice.”

ISU out-gained Iowa 418 yards to 313. The Cyclones managed to do that while running 54 offensive plays to the Hawkeyes’ 72 — and punted only three times.

Purdy was, as usual, splendid at times, completing 24 of 34 passes for 276 yards and an electrifying 74-yard zone-busting touchdown pass to Tarique Milton that put ISU ahead 14-6 two plays into the third quarter.

But Purdy also barely overthrew a wide-open Charlie Kolar in the end zone on the drive that ended in a 26-yard Conner Assalley field goal that gave the Cyclones a 17-15 lead with 7:46 left.

Convert that with a slightly better touch, the outcome could be different.

“There are certain situations in the game where you have to execute and if you don’t, momentum can switch to the other team,” said Purdy, who has completed 70 percent or more of his passes in seven of 11 games. “I just feel like that happened a couple times for us in this game, where we could have taken over, really, and kept going. We’ll learn from it.”

Again, details. Near misses. Combine several and you’re left with that array of what-ifs — a painful set of questions to face when falling to 1-1 on a day that began with nothing but good PR and a jacked-up, sellout crowd of 61,500 that mostly stayed through a combined two hours and 55 minutes of weather delays to witness the frustrating finish.

“Our detail slipped really in critical moments,” ISU safety Greg Eisworth said. “Third downs, things like that. In the end, it cost us.”

Campbell stressed that overall effort among his players remained strong. Even Young’s collision with Jones on the game’s final punt that fully sealed the outcome came because he was playing extra-hard.

“Speedy’s trying to do a great job, trying to give us a chance to return it,” Campbell said. “It’s one of those things that’s unfortunate, but from an attitude, effort, investment standpoint, really proud of our kids. From a coach Campbell standpoint, it’s obviously got to be better. And you know I’ll own it and we’ll move forward from it.”

Players own it, too, as Eisworth noted. Ultimately, what matters most is the state of the Cyclones’ growth and cohesion in the locker room, not an adverse result, and accompanying chant, that stings after the second game of the season.

So it’s on to Lousiana-Monroe next week. Then the start of Big 12 play Sept. 28 at Baylor — part of six more Saturdays in a row of football that will define ISU much more than Saturday’s setback does.

“Every game for us, we give it everything we have,” said Eisworth, who recorded a game-best 15 tackles. “At the end of the day, a loss, it hurts, but there’s no place I’d rather be than right here with those guys.” 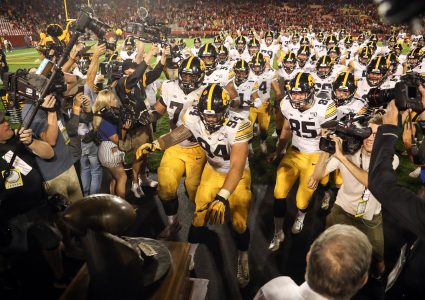 ONE SIMPLE STAT: A key detail Iowa won for the fifth straight time while downing ISU, 18-17