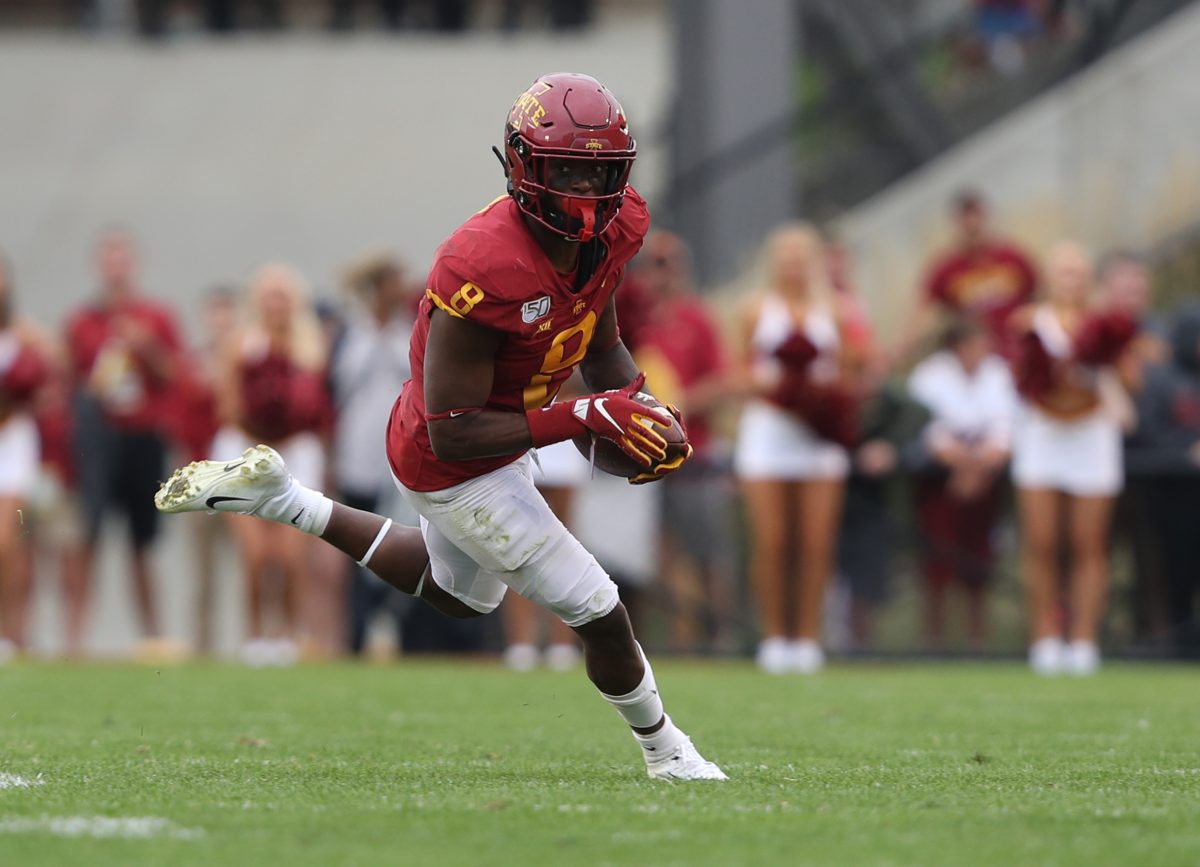 That’s a lot of catches — and the most for a Cyclones receiver since Tracy Henderson gathered in a single-game record 16 in 1983.

But dig a little deeper and the number four means much more for the senior who wears number eight.

That’s how many times Cyclones quarterback Brock Purdy connected with the Cincinnati native on third down conversions, which helped the offense accumulate yards, if not points, as the game wended past regulation and into tense overtime sessions.

Overall, ISU converted on 7-of-18 third downs, so Jones became an x-factor in that regard — and trust is a big reason why.

“I know Brock, he trusts me to catch the ball,” Jones said. “So it’s just getting positive yards as fast as I can. A lot of times I caught the ball three, four yards and then I got seven or eight. Just happy for our offense to keep moving forward.”

“Deshaunte Jones becomes, in my mind, the player of the game from an offensive standpoint,” ISU head coach Matt Campbell said after the narrow win. “What he did in the game is what you hope a senior who’s played a lot of football here would do. The one-handed catch is the one that sticks out in my mind. I’m proud of Deshaunte. He’s taken a leadership role in that room. I think this gives him even more credibility in that leadership role as we continue to move forward.”

Jones caught four touchdown passes last season after netting zero in 2017. His next end zone reception will be the 11th of his career — and he’s helping Purdy in more ways than one.

“He was just telling me on the sideline, keep calm and be poised and things like that,” said Purdy, who completed 30 of 41 passes for 278 yards and two touchdowns. “It helped a lot. I’m proud of him.”

When Purdy leaped into the pile to save the game with a fumble recovery in the third overtime, Jones stood on the sidelines and cheered. He wasn’t surprised. Just proud.

“That’s the type of guy he is,” Jones said of his sophomore quarterback. “He’s willing to put everything on the line for this team and you can see the toughness and relentlessness of the players that we have. I think that just speaks for itself how true Brock is as a leader and when things get tough, we can lean on Brock.”

And Purdy can lean on Jones, among others, as the offense seeks to improve in this bye week. A win’s a win. Seniors such as Jones will help ensure the mistakes that marred Saturday’s are promptly corrected.

“It was great to face that kind of adversity with the team and an offense still trying to find our identity with coach (Tom) Manning and everything and stuff,” Purdy said. “So it was a good test for us and it went the way it did and we’re going to move on from here.” 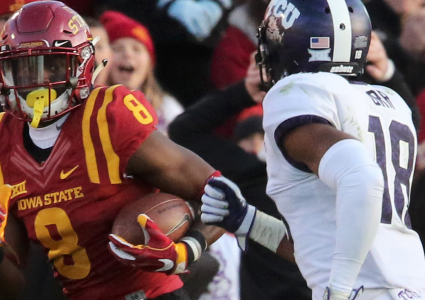